When a person devotes their life to helping those in need, there is nothing more admirable than that. Today we went to Food Bank of the Rockies, a nonprofit organization that serves nearly seven thousand meals a day to those in the area. They send nearly one hundred million pounds of food each year to food pantries which redistribute it to the people in need. Often, the families in need of food are unstable, whether that includes substance abuse, poor mental health, or lack of employment. People are left having to choose between food and other basic necessities. Hearing Kevin Seggelke, the Director of Foodbank of the Rockies, speak about the sense of community that the food bank creates left us all feeling like we should go out and take action to help the less fortunate. The food bank is primarily run by volunteers; only a few of the workers are actually paid a salary to be there. If more people in America stepped back and took the time to help the community they live in, the world would probably be a better and healthier place.

We were shocked by the statistics of how many people in America are food insecure. 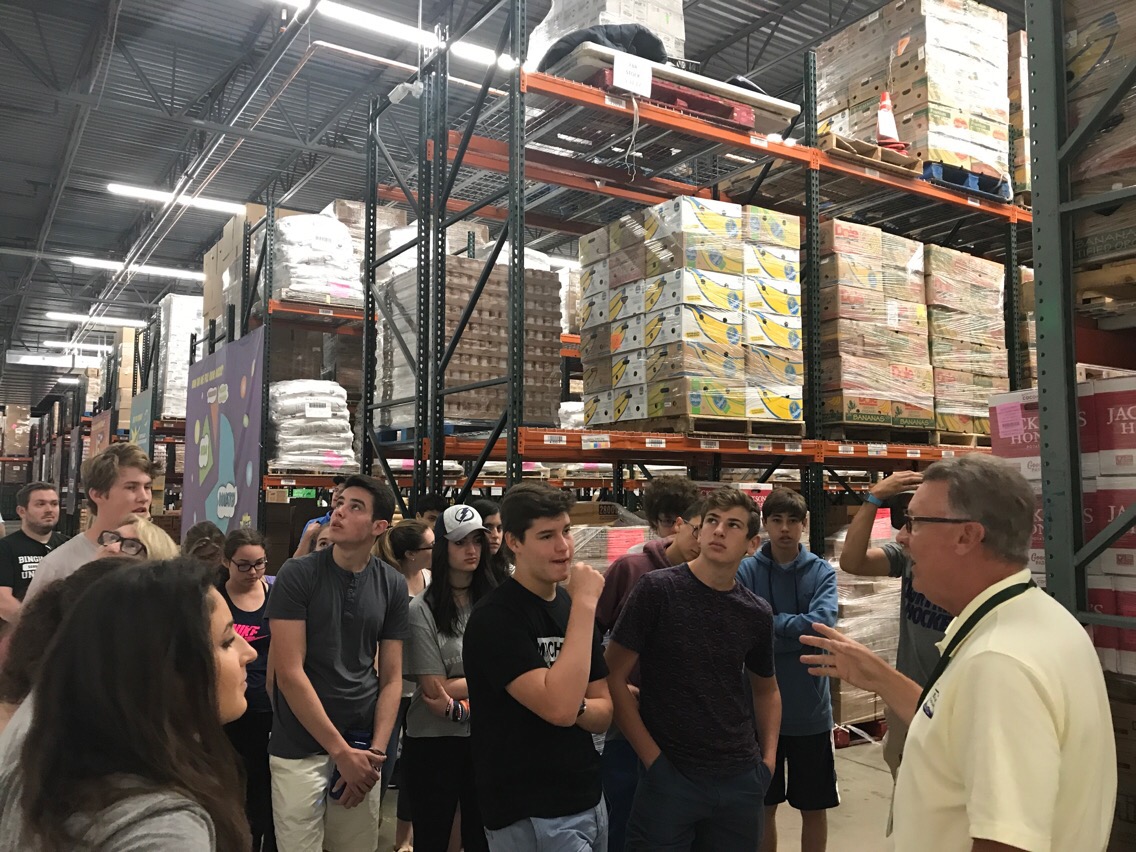 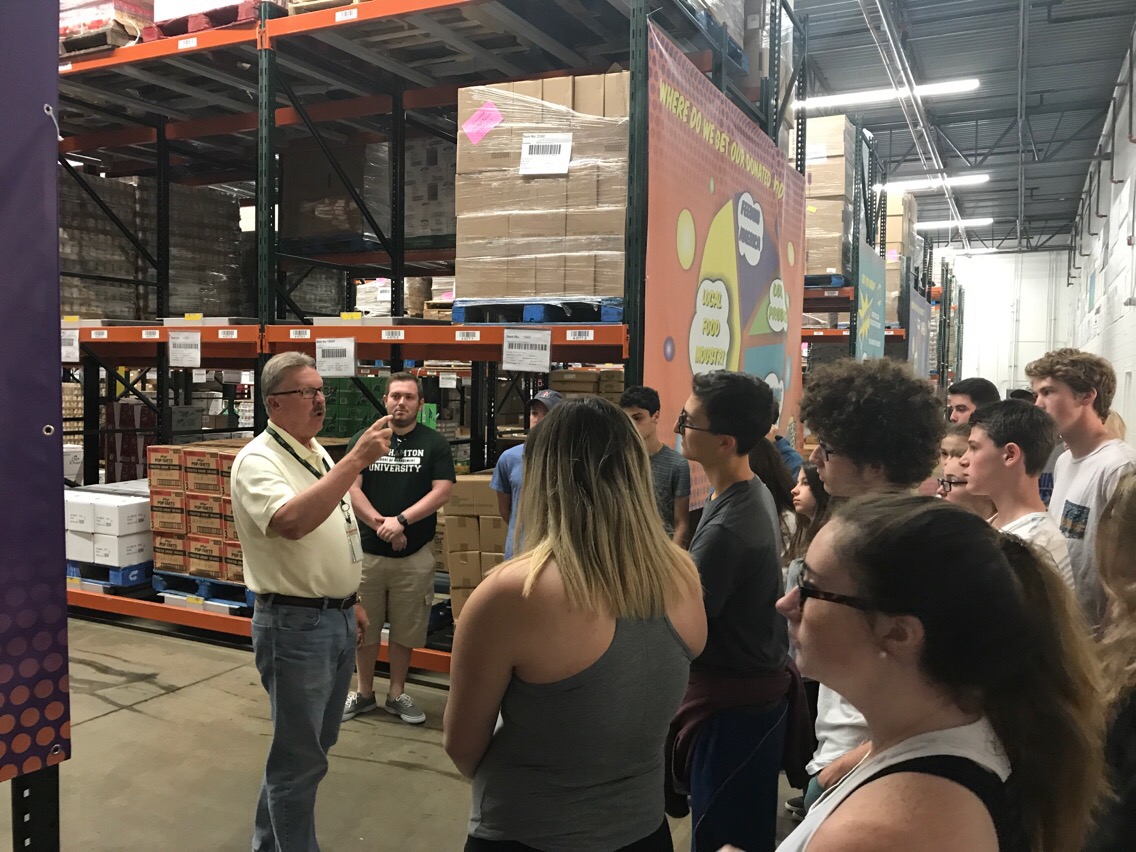 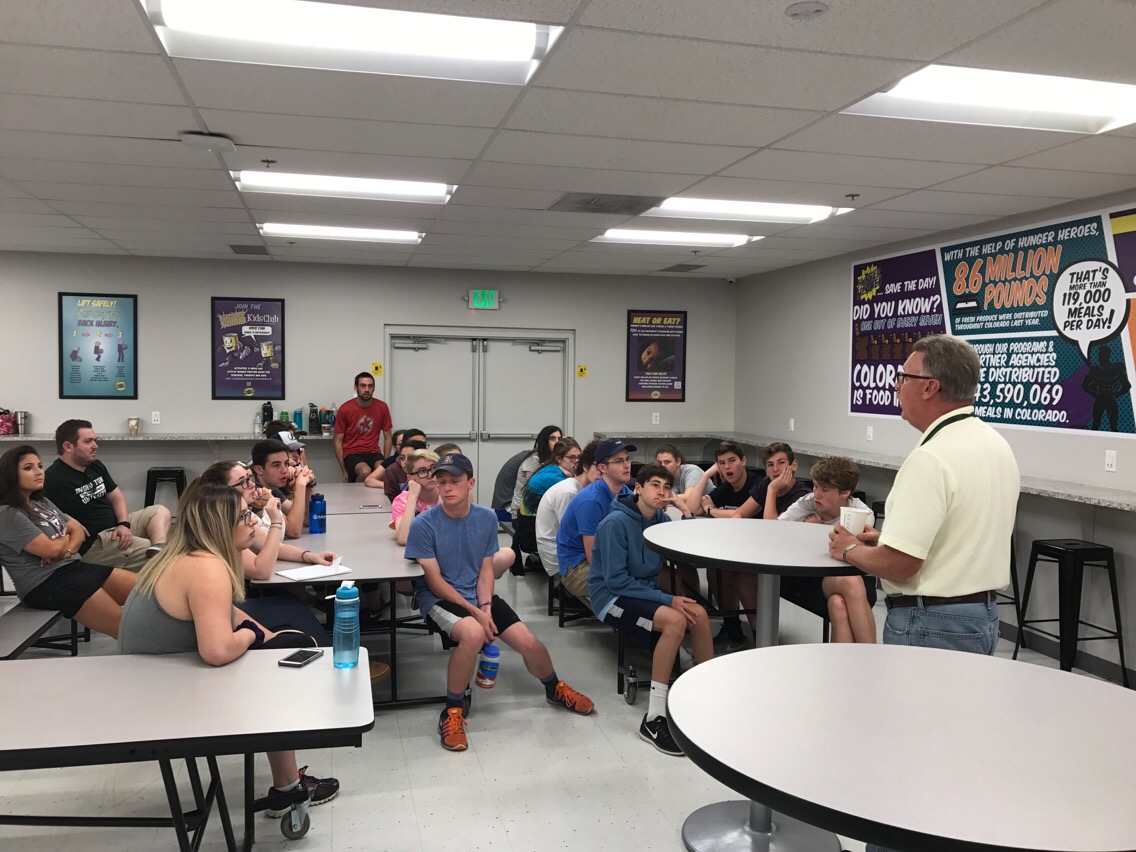 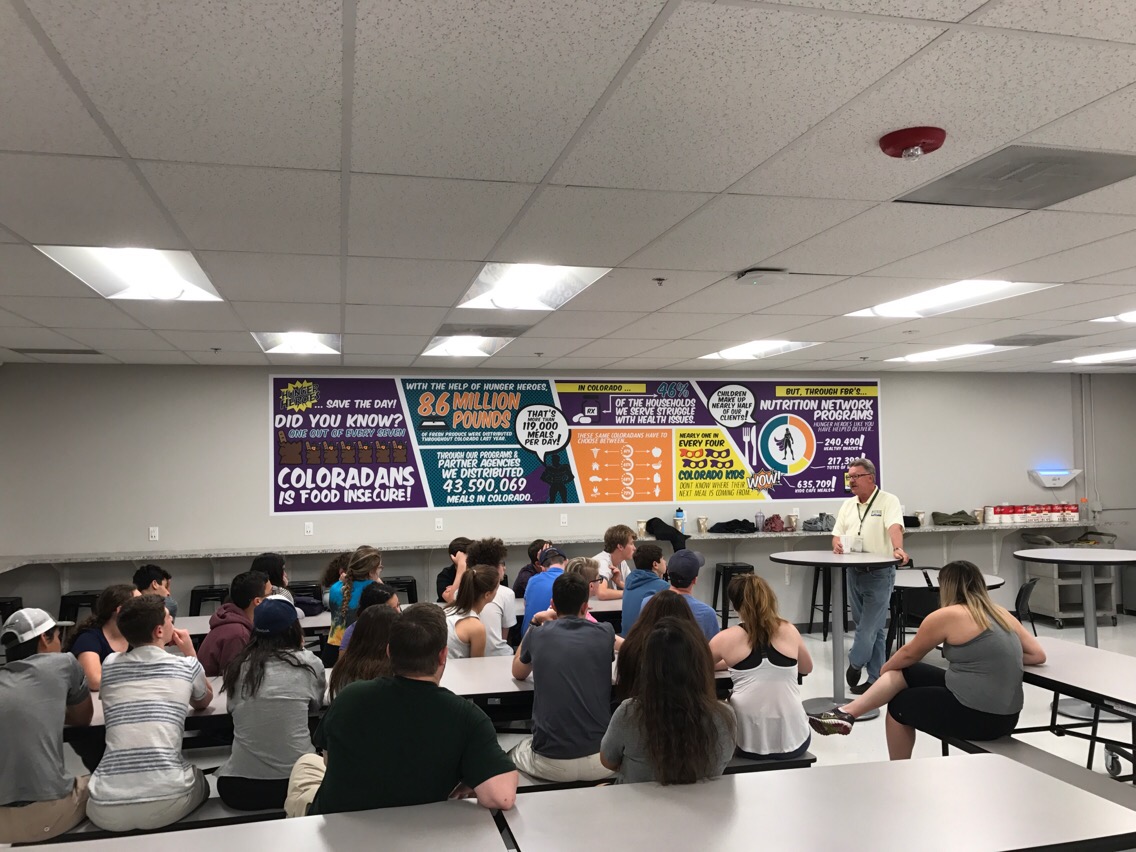 After the food bank and a delicious lunch at either Panera or Whole Foods, and then we went to Naropa University, the first Buddhist Inspired college in America. There we learned about Beatnik poets and Jack Kerouac. 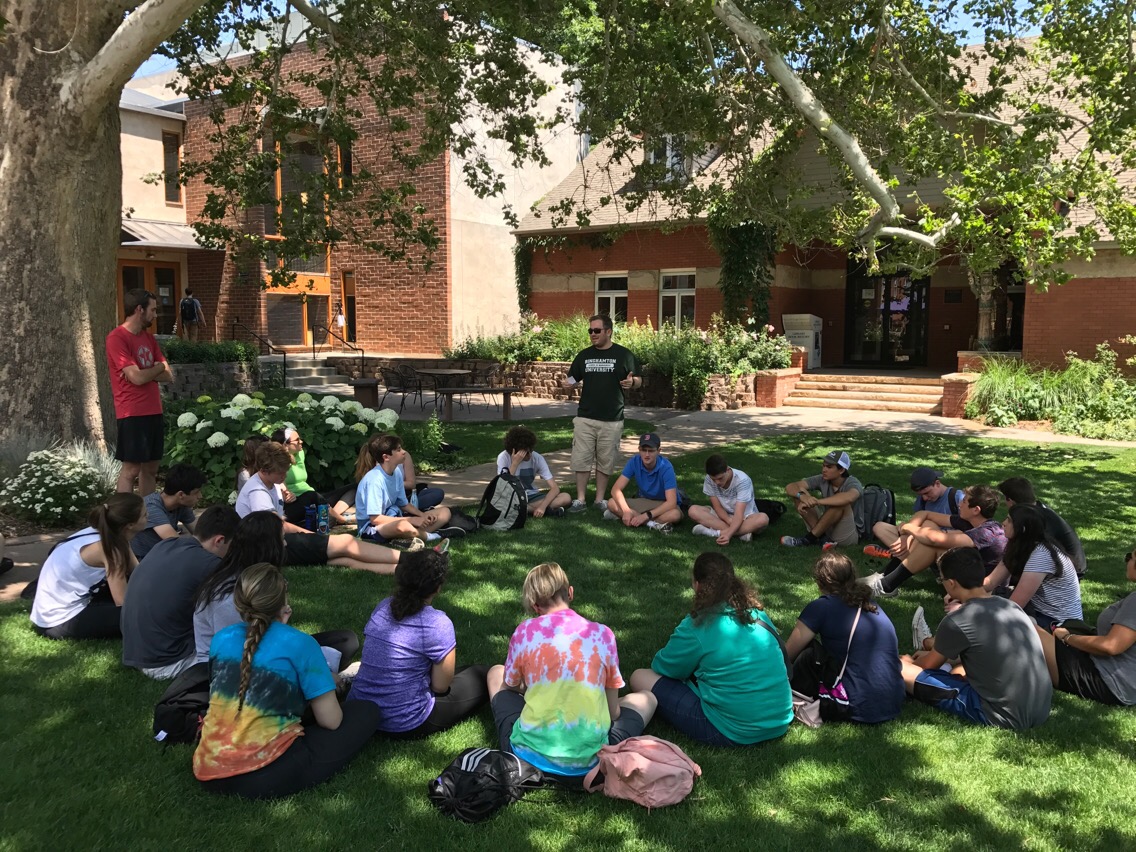 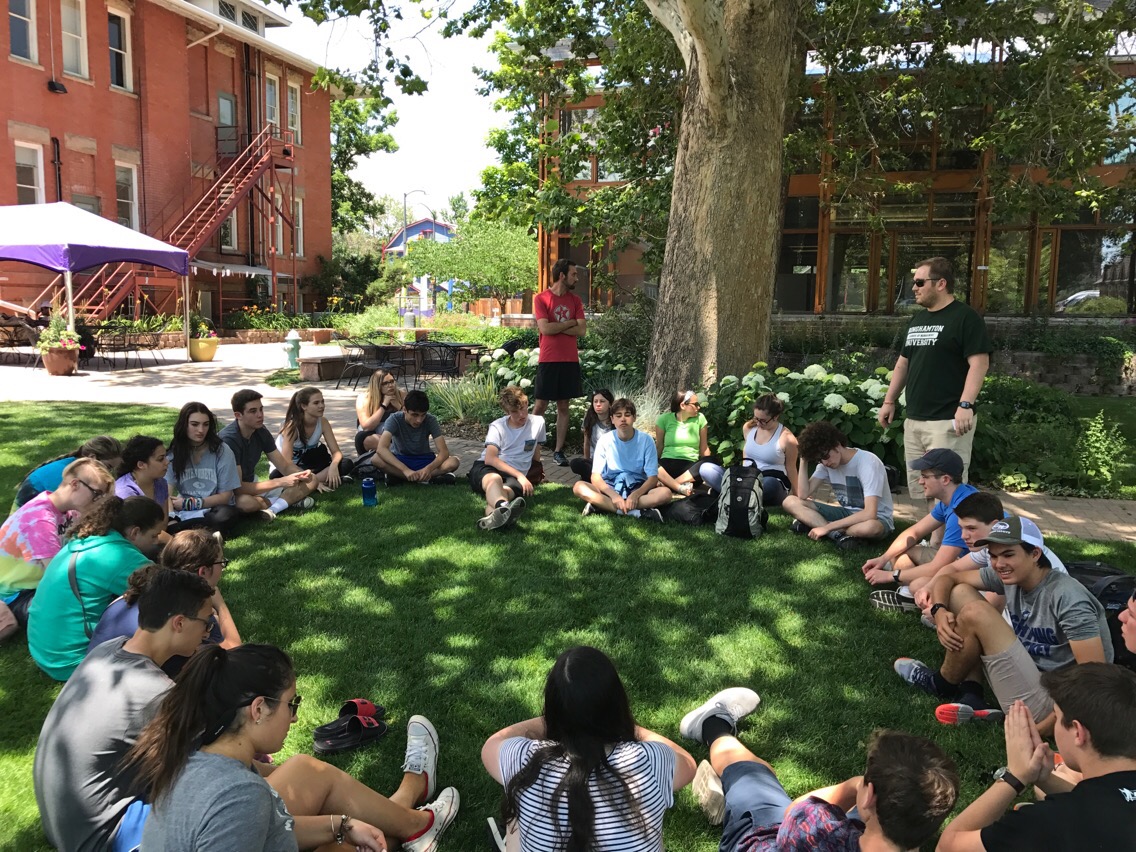 We then had a yoga session which made sense to do in Colorado – the state where yoga really first made it in America. After being on and off a bus so many times, most people needed a time to relax and meditate. Yoga allowed for a space to clear your mind and stretch out your bus pains. Surrounded by the beautiful views of the mountains, it was a needed activity after a hectic couple of days. 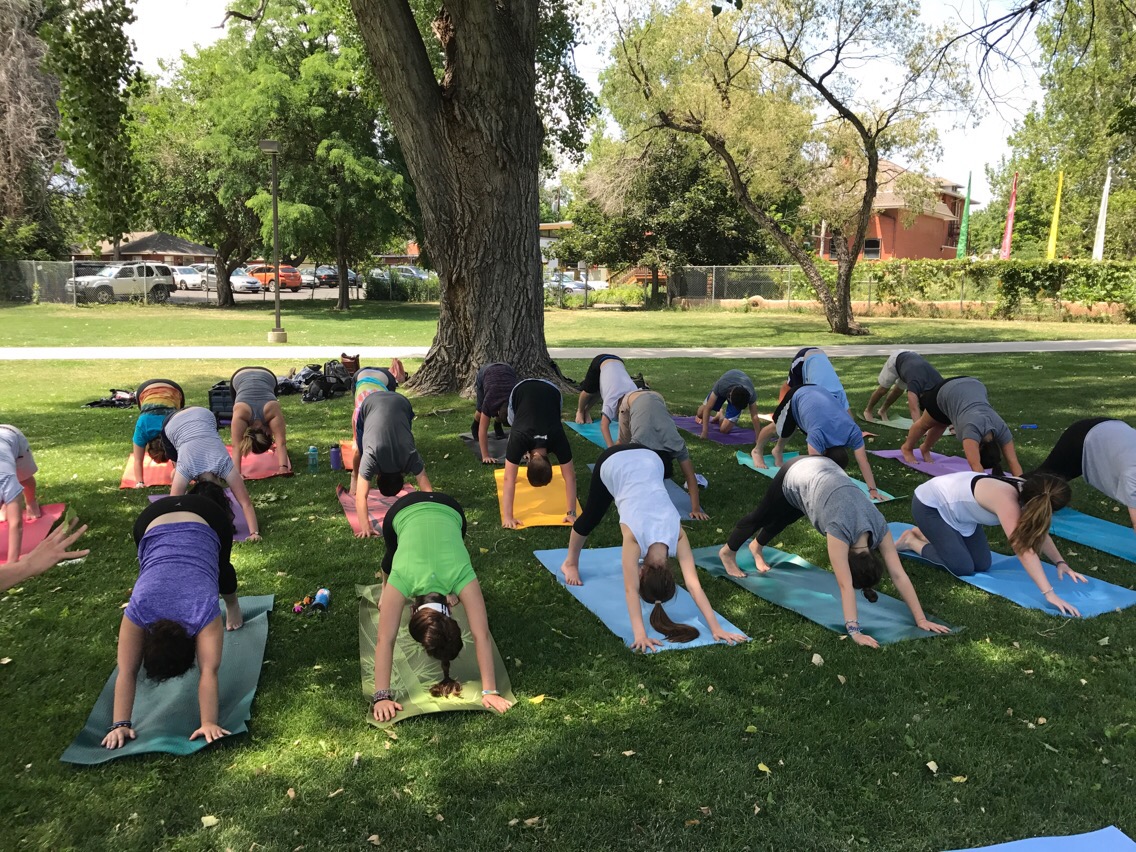 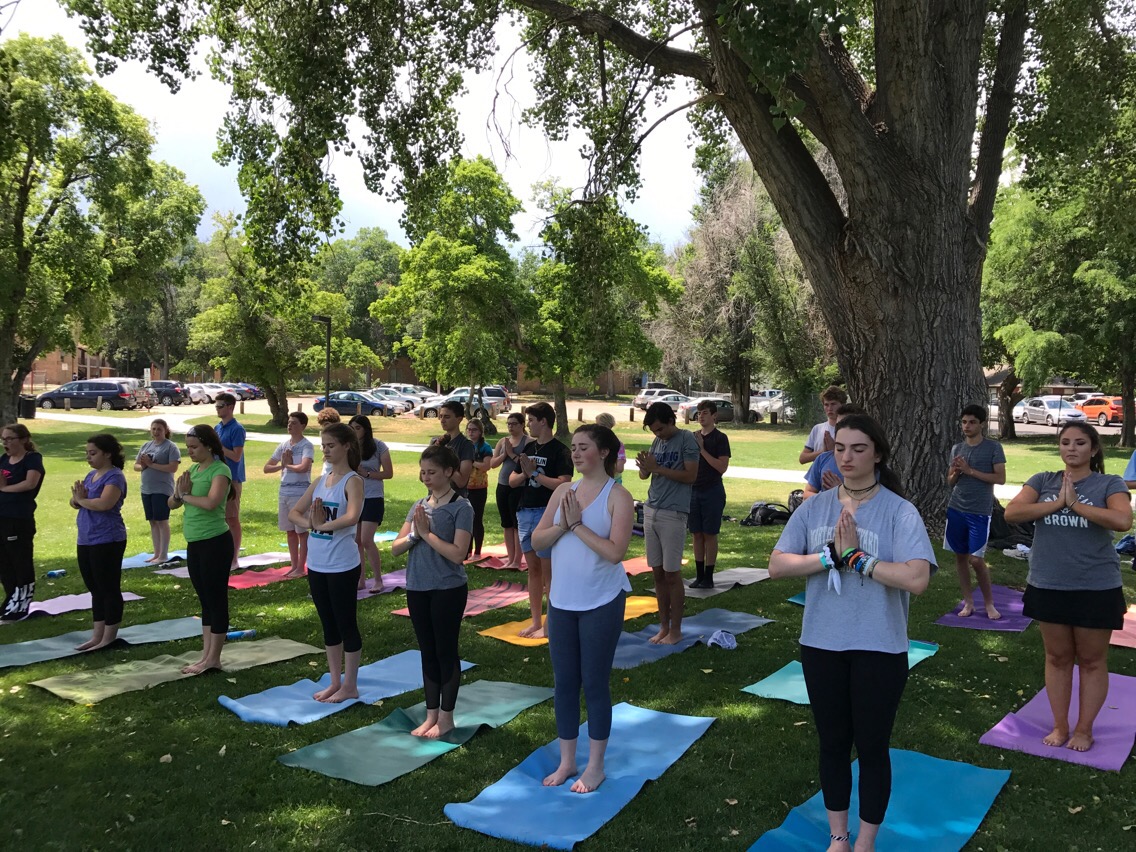 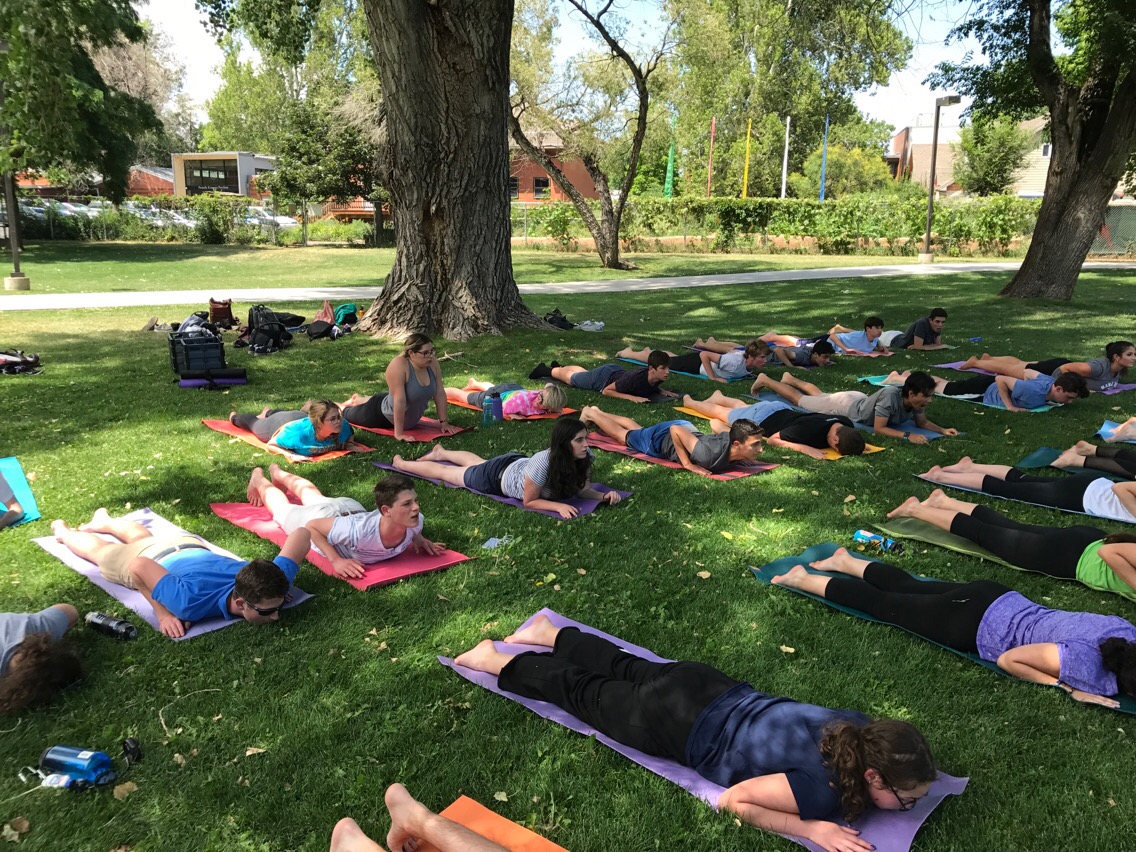 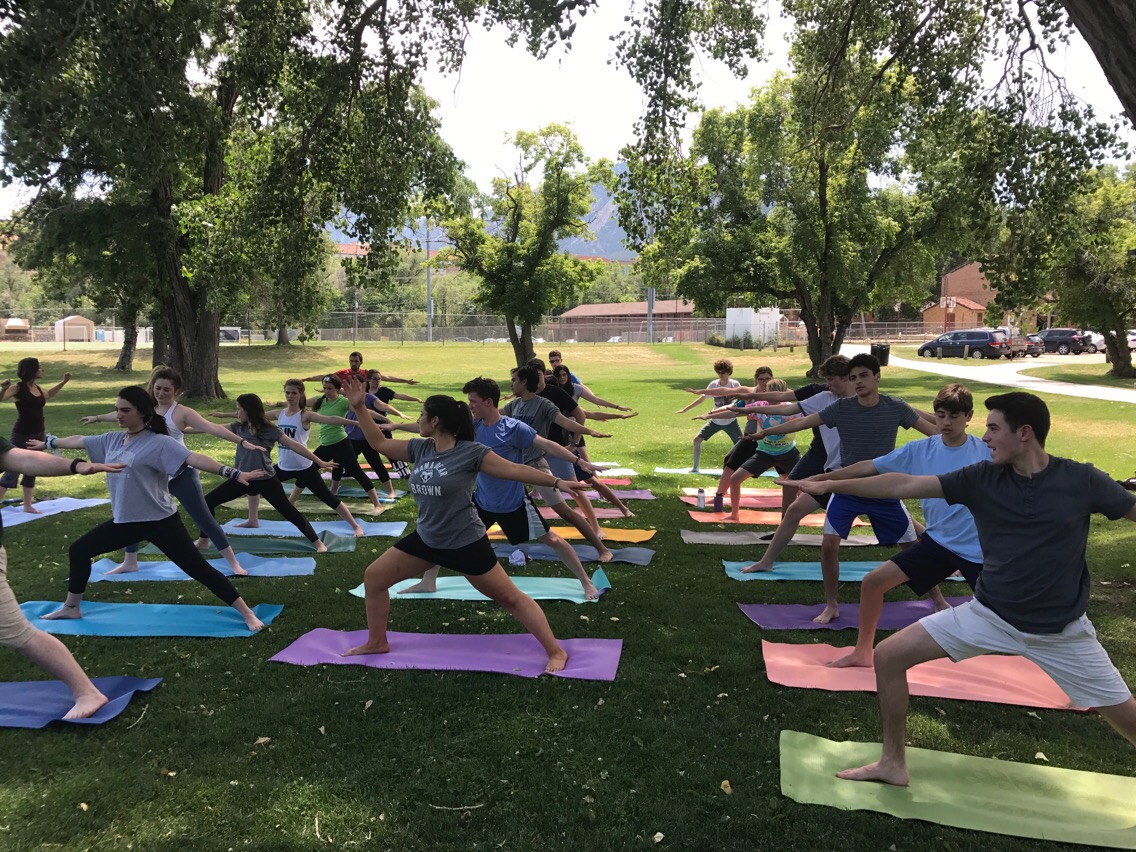 After yoga we went down to Pearle Street to shop, eat, and hear some live music. Seeing the different stores and people allowed us to fully experience Downtown Boulder, Colorado. Though the heat was strong, tons of people were out having a good time alongside our group. We then drove to the movies where we split up between Despicable Me 3, Wonder Woman, and Cars 3. Everyone enjoyed their movie before heading onto the bus for an overnight 8 hour bus ride.