True stability in life is an abstract concept. What can make an event life altering is that you do not have control over the situation. Both of the topics discussed today dealt with events out of control of those affected. No refugee wants to leave their nation, no person wanted their place of work to be bombed, yet people were forced into both situations. Many are fortunate enough to retain control over their living situation, and therefore should respect and assist those who have lost everything.

We started today’s journey with an informative and intense discussion surrounding gun control and constitutional rights. This conversation helped prepare us for the week, as we will further dive into the issues of guns in America. 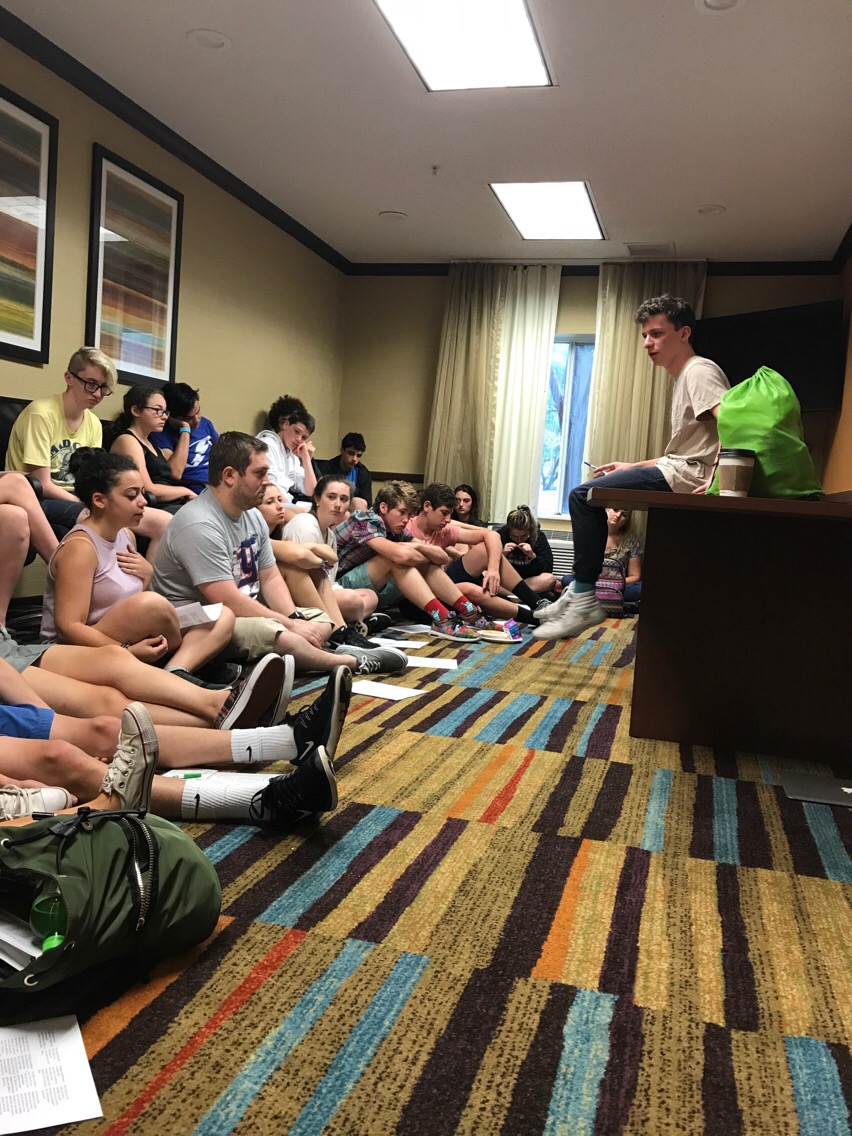 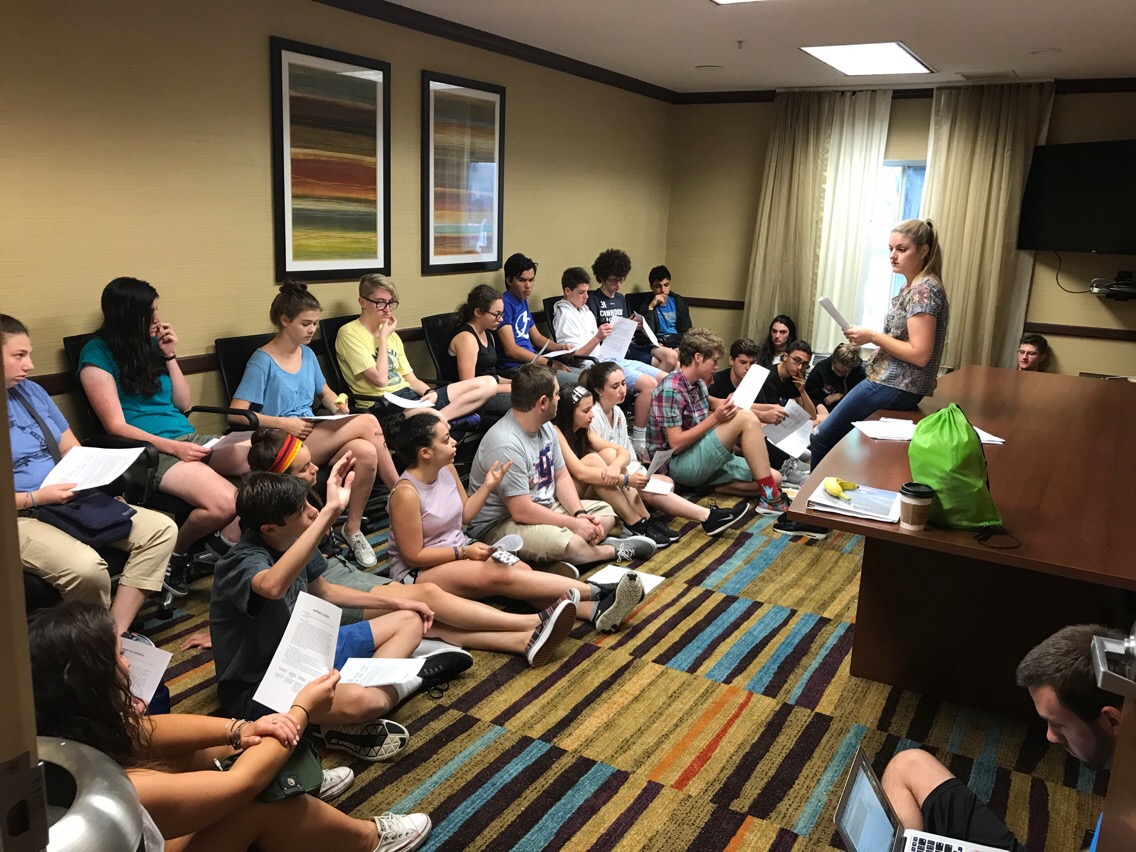 When we arrived in Oklahoma City, we began our day with Catholic Charities to hear about an organization that assists refugees in assimilating into American society. We met with Angela Jennings the head of their Refugee Action.  The organization helps refugees organize a budget, obtain housing, and connects them with a member of the community that speaks their language.  President Trump’s executive order restricting travel from certain countries in the Middle East has had an incredibly detrimental impact on the organization as with less refugees entering the country and less funding, numerous employees have been released, limiting the amount of help available to the current refugees. 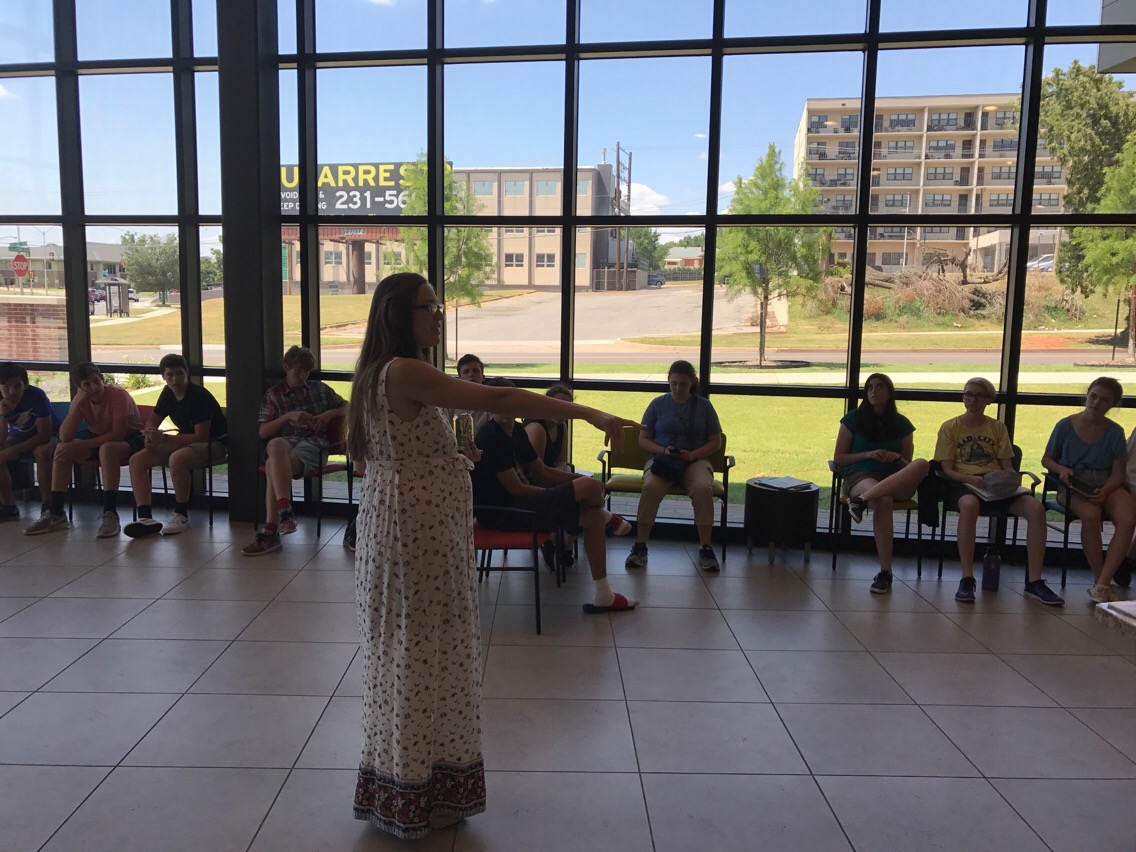 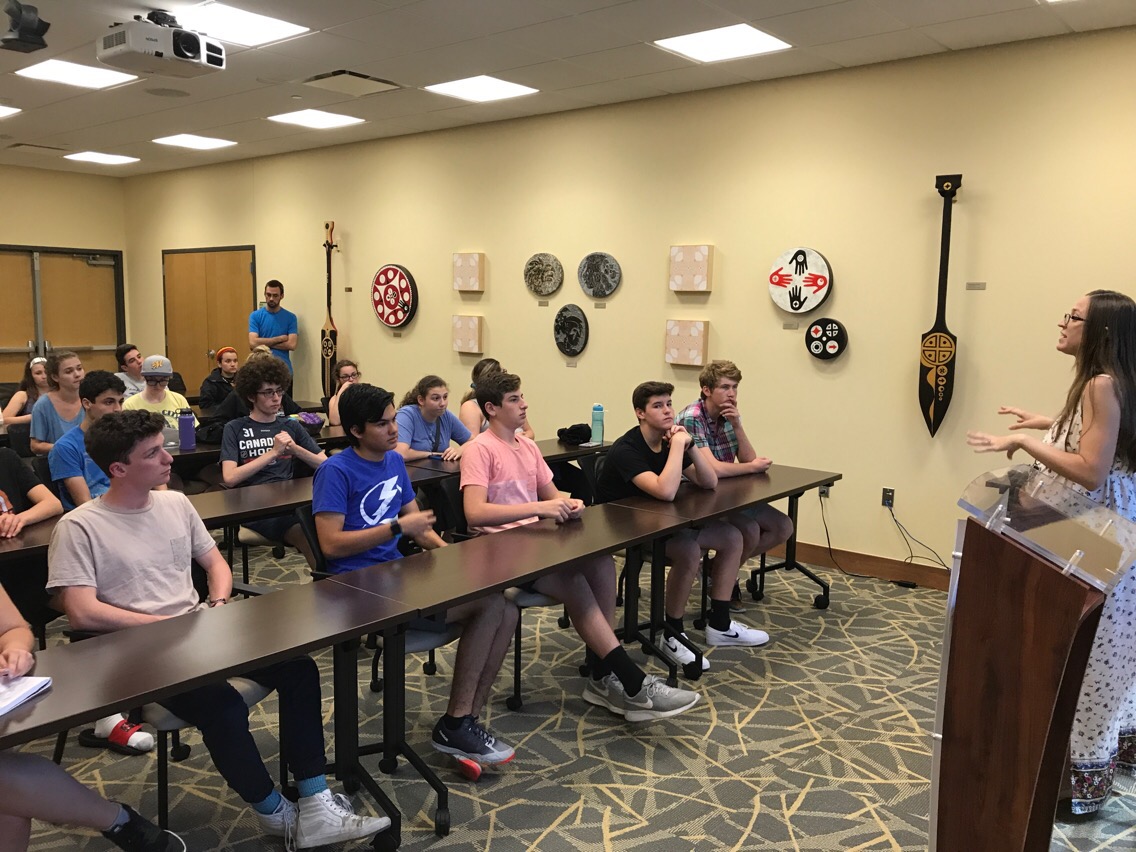 In a country founded by those seeking a life free of prosecution and undesirable circumstances, it is hypocritical to deny those in need of entry to the country. We do not have a crisis of refugees we have a crisis of compassion.  It is disappointing to see my country look upon foreigners with such disdain. It is unnerving to see fellow citizens stigmatize homeless, desperate human beings as people to be feared. My mother immigrated to the United States from Argentina in search of a better life. Not only is she an upstanding citizen, she has dedicated her life to helping others through organizations like National Council of Jewish Women (NCJW).  Generalizing refugees as a group undeserving of protection and assistance, we are turning our backs on fellow humans in need.

We continued our day by traveling to the site of the Oklahoma City bombing and learning about the events that transpired that day. What moved me was the thought and dedication that went into the memorial honoring the dead, the survivors, and those impacted by the horrific event. The dead are honored by chairs made of glass, granite, and bronze. The chairs are meant to look uncomfortable to convey the importance of remembering the event as hard and not something to be comfortable with. Furthermore, on the remaining infrastructure of the building a plaque honors the survivors of the incident. The plaque has had names added overtime demonstrating that the event is still impacting people today, and people have the opportunity to take their time to identify themselves as survivors. However, I found that the most impactful element of the memorial was the reflecting pool, meant to honor those impacted by the event. Each of us saw our reflection in the pool, signifying how each of us is included in the memorial as one impacted by the event. The memorial was interactive and demonstrated how the impact of the bombing did not die with those who perished; the implications are still felt today. 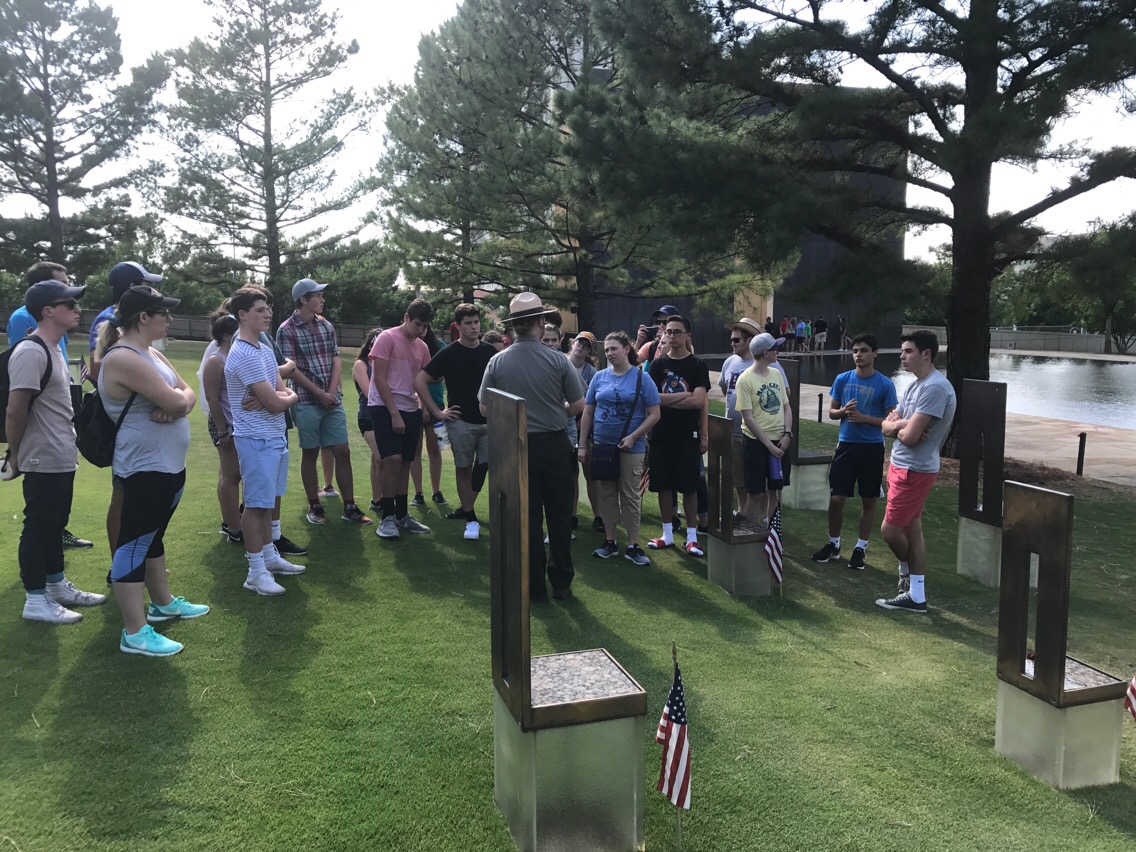 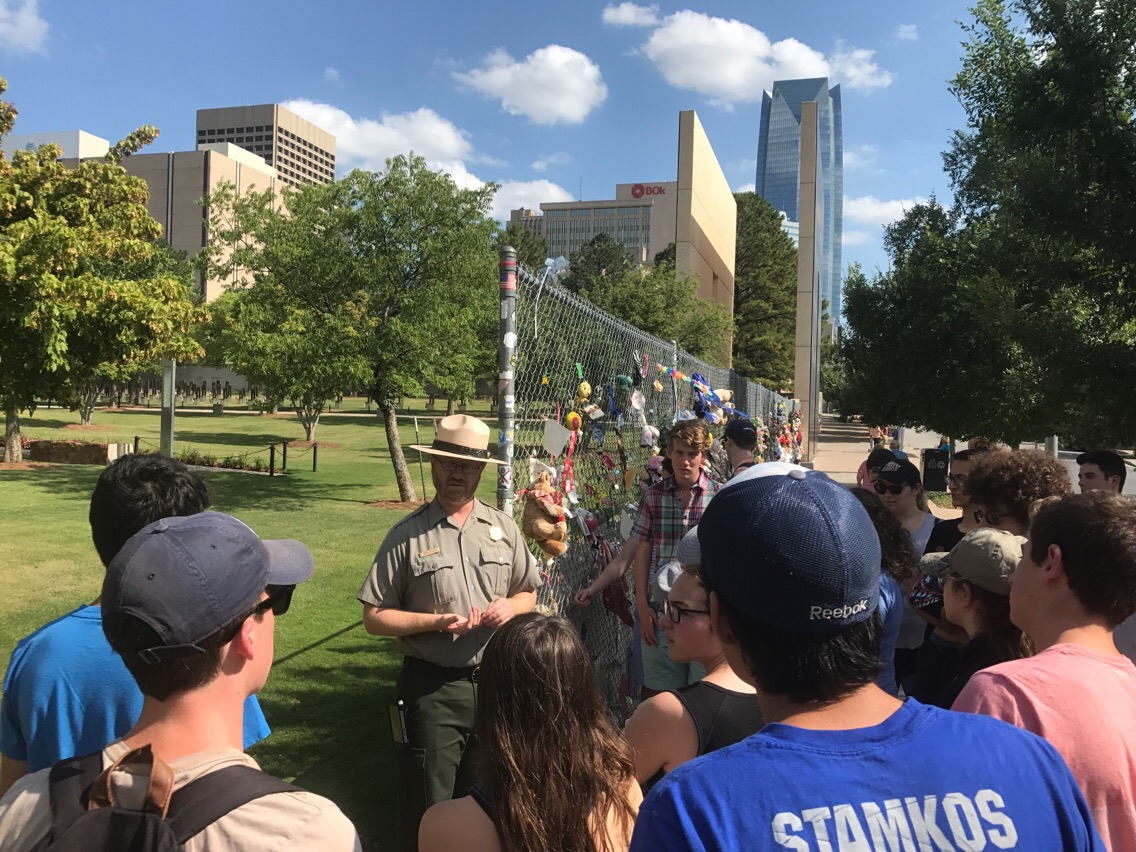 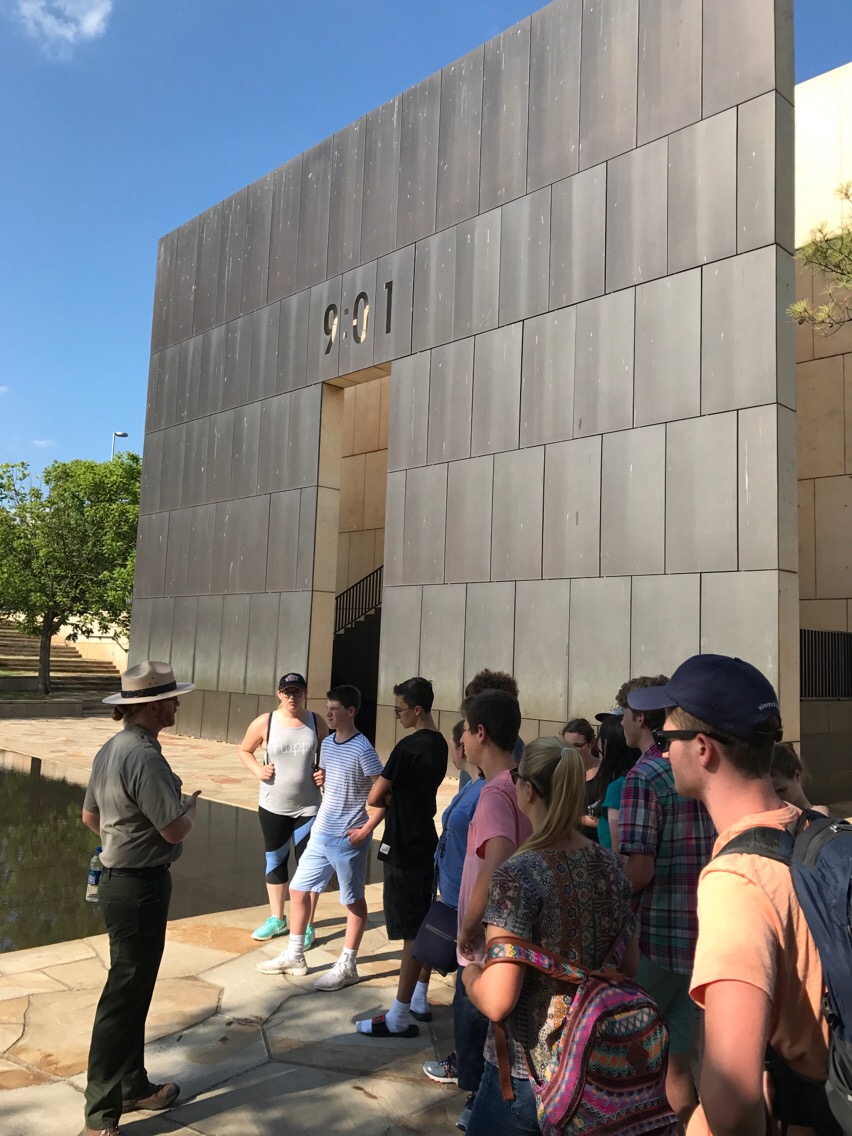 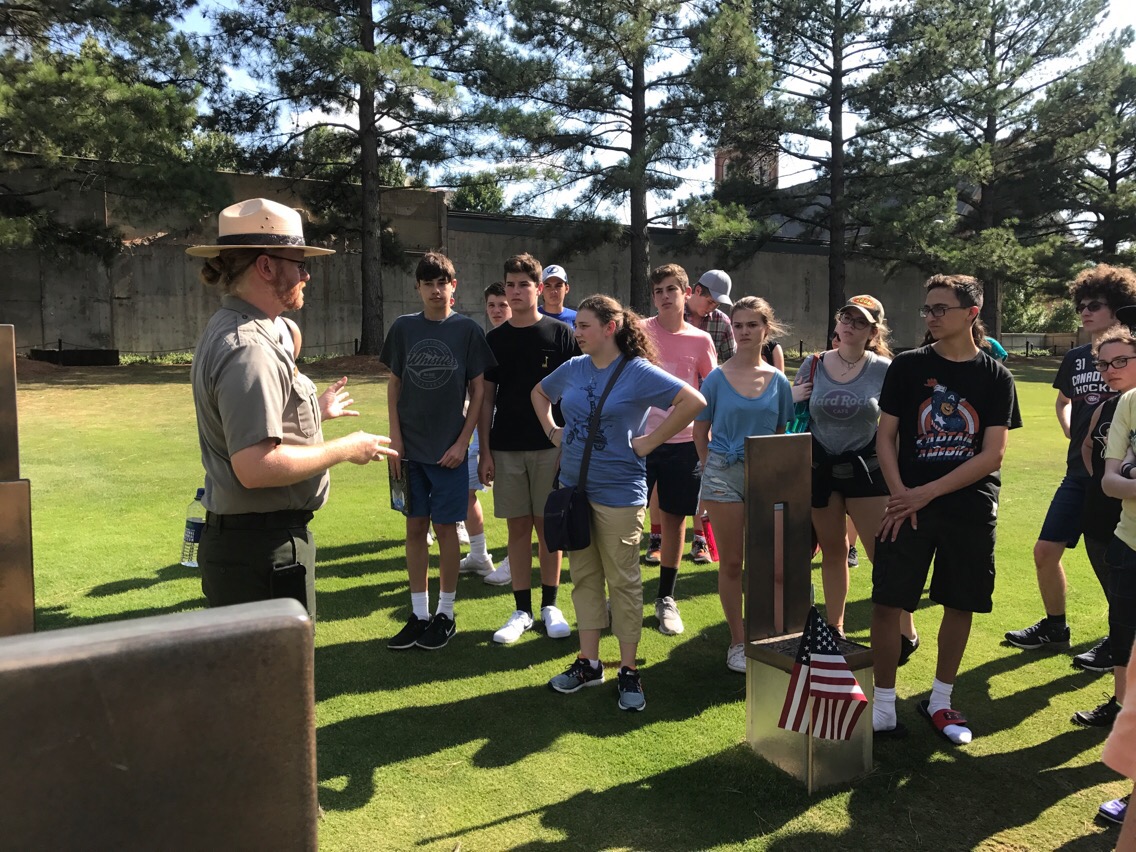 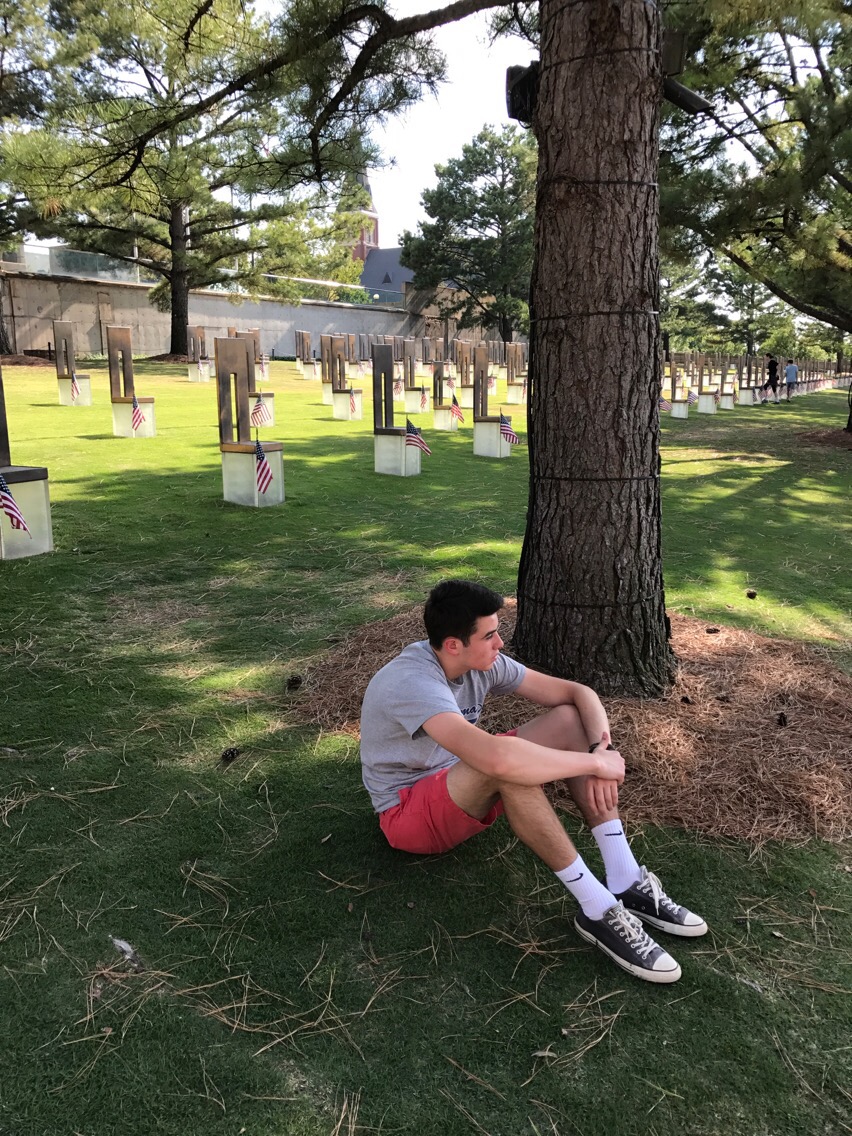 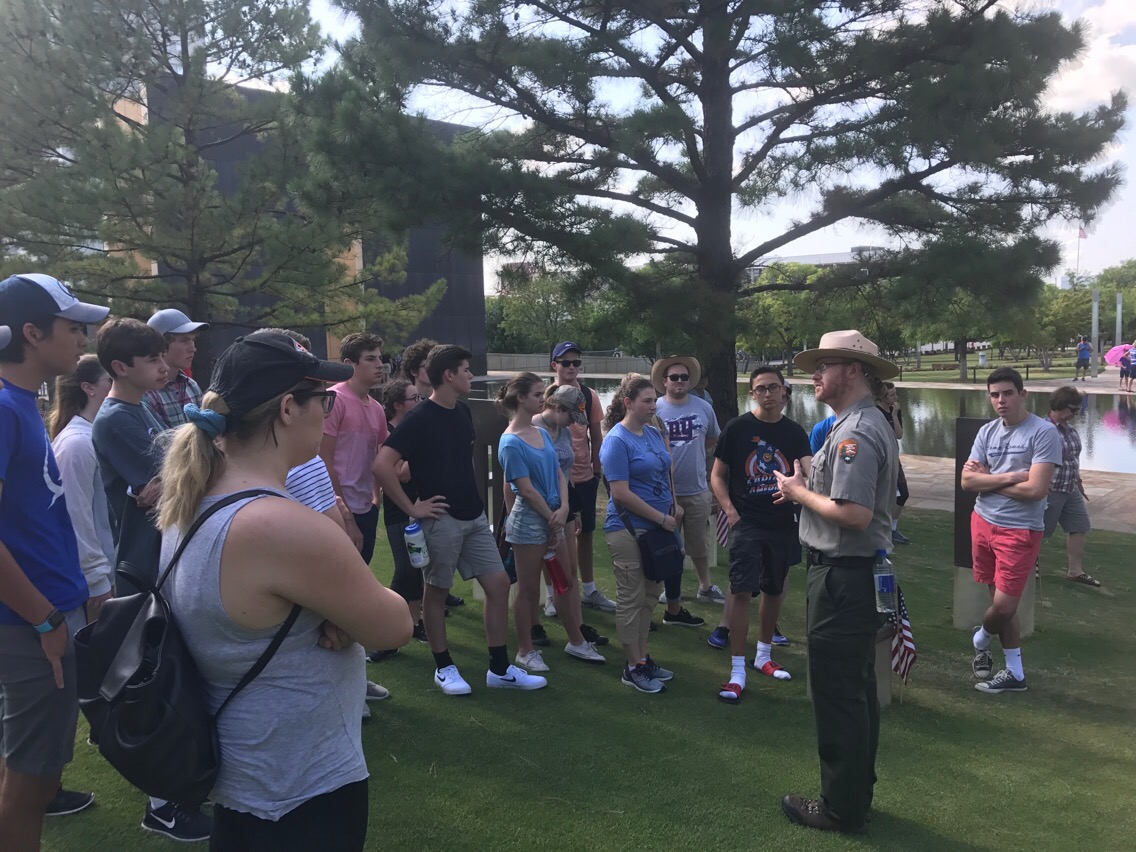 We thought we were ending the day by having a great time bowling. It was fun to just hang out all together and relax after some intense days. On the way back to the hotel we made an unexpected stop downtown and we went back to the Oklahoma City bombing memorial at night. The impact on the group was tremendous and helped us further understand some of the serious life altering events that are beyond our control. 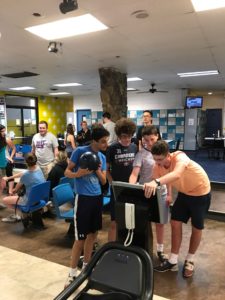 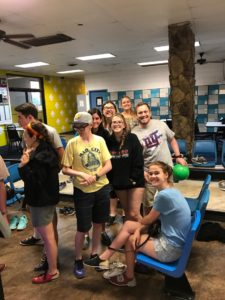 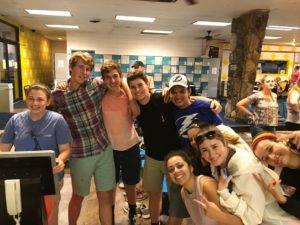 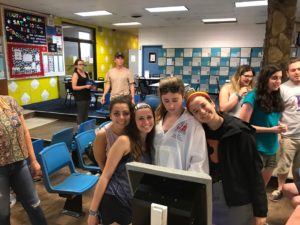 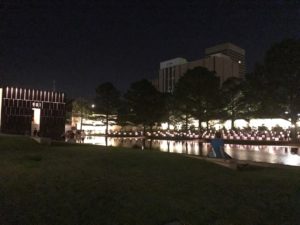 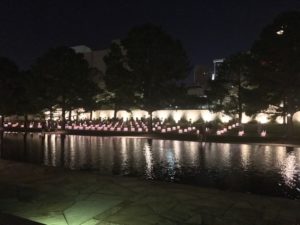