We spent the night on the bus as we made our way to Salt Lake City in a swift eight hours. We stopped in Wyoming around 3:30 am (some say for a rest stop, but we all know it was to add another sticker to the map on the bus). We got back on the bus with only four hours remaining in our ride. We sauntered off the bus, worn out and weary, at the Salt Lake City JCC, where we could shower, workout, get some more sleep, and make ourselves presentable for the rest of what was really a hectic day. 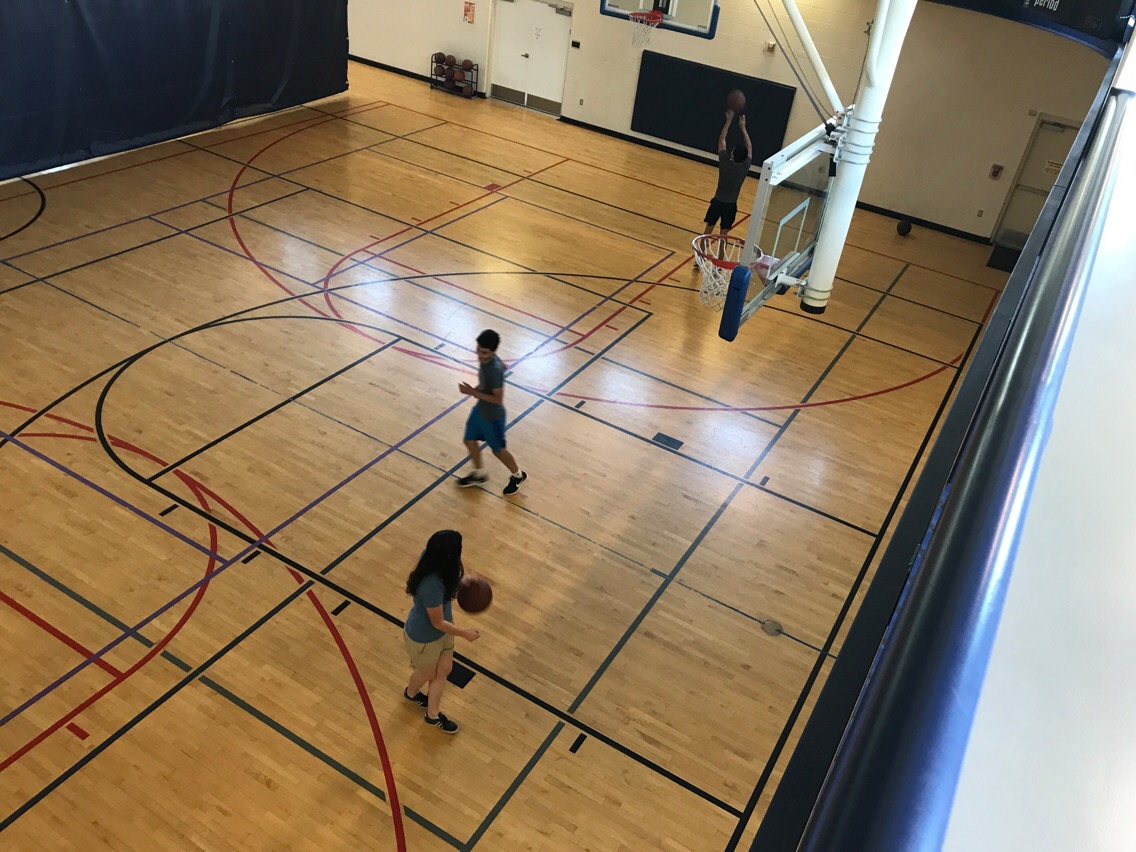 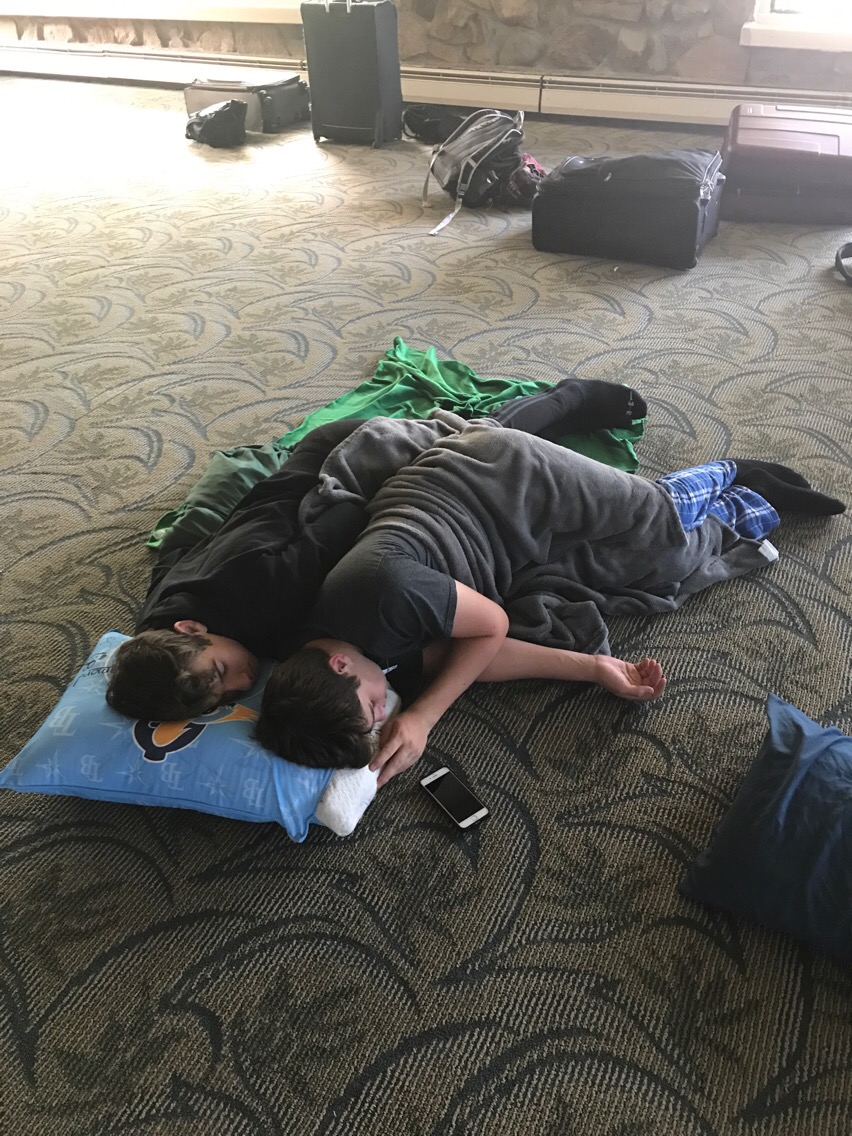 Without much sleep, I wasn’t sure I would stay awake and alert throughout the day, but nothing wakes you up like the firing of semi-automatic machine guns on a sweltering hot afternoon. 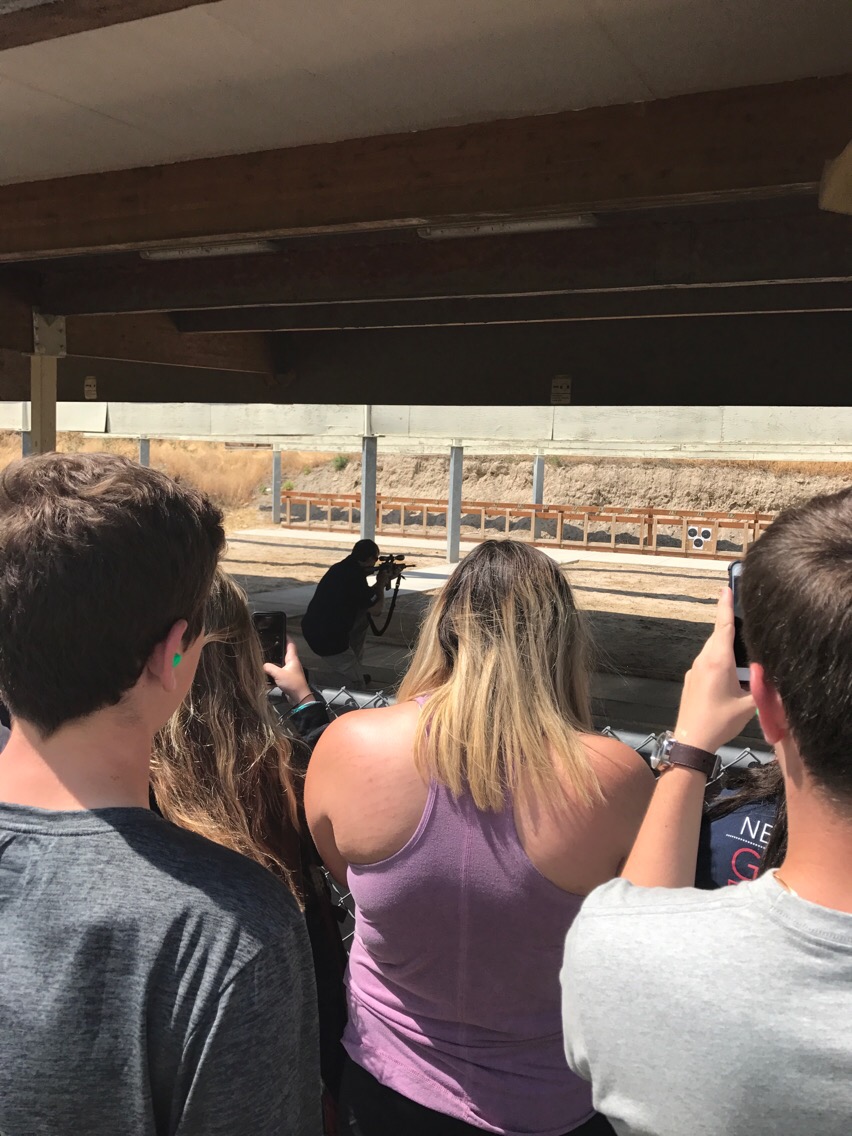 After a relaxing morning, we delved back into our routine of activism and education as we met with Clark Aposhian, Kasey Hansen, and Randall Doyle of the Utah Shooting Sports Council. A lobbyist, as opposed to his media and board of director counterparts, Mr. Aposhian did most of the talking. I was surprised by much of what he had to say. He advocated for gun safes, restriction of gun purchases by the mentally unstable, and approved of technological developments that may prove to provide safer gun conditions in the future, such as smart gun technology, all of which most of his political opponents would agree with. He even seemed to oppose some aspects of the NRA when I asked about his thoughts on their latest controversial recruitment video. But as more questions were thrown at him, his stance on some of these aspects of gun control seemed to change. Sure he supported gun safes, but the government shouldn’t force it on anyone. Yeah the NRA video was solely an attack on liberals, but the organization has not at all veered from its designed purpose for gun safety. Of course background checks are important but California, a state that has completely eliminated “the gun show loophole” and requires a background check for everyone who purchases a gun under any circumstances, has too strict of rules. Yet as contradictory as these ideas may seem, Mr. Aposhian, being a lobbyist, made some excellent points. While I didn’t agree with much of what he had to say, I couldn’t easily counter his well thought out points the way I could with Pro-life Andrew Smith and anti-gay marriage, climate change denier Jim Pfaff. I may not have a perfect fix to any of the numerous problems Mr. Aposhian pointed out with the gun control legislation I support, but being out there, watching Ms. Hansen fire a 30 caliber AK-47 that anyone over the age of eighteen can legally obtain in a matter of minutes is really scary. I came out of that meeting knowing that I have more research to do and more to learn, and even though I couldn’t do or say anything to combat much of Mr. Aposhian’s arguments about government inefficiency and inability to enforce strict laws, there has to be something better. There has to be a way for safer gun laws to work. We should not live in a country where an eighteen year old can walk into a gun store and come out four minutes later with a legally purchased AK-47. We, as Americans, deserve better. 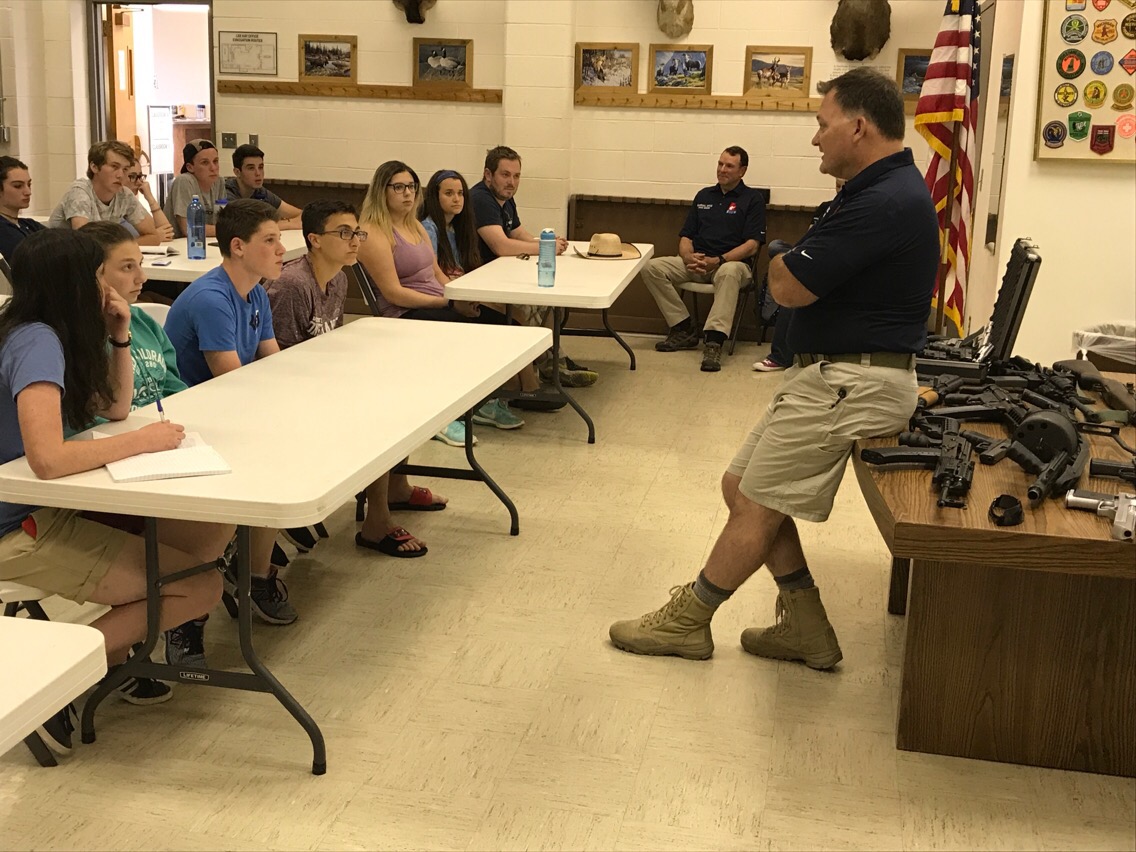 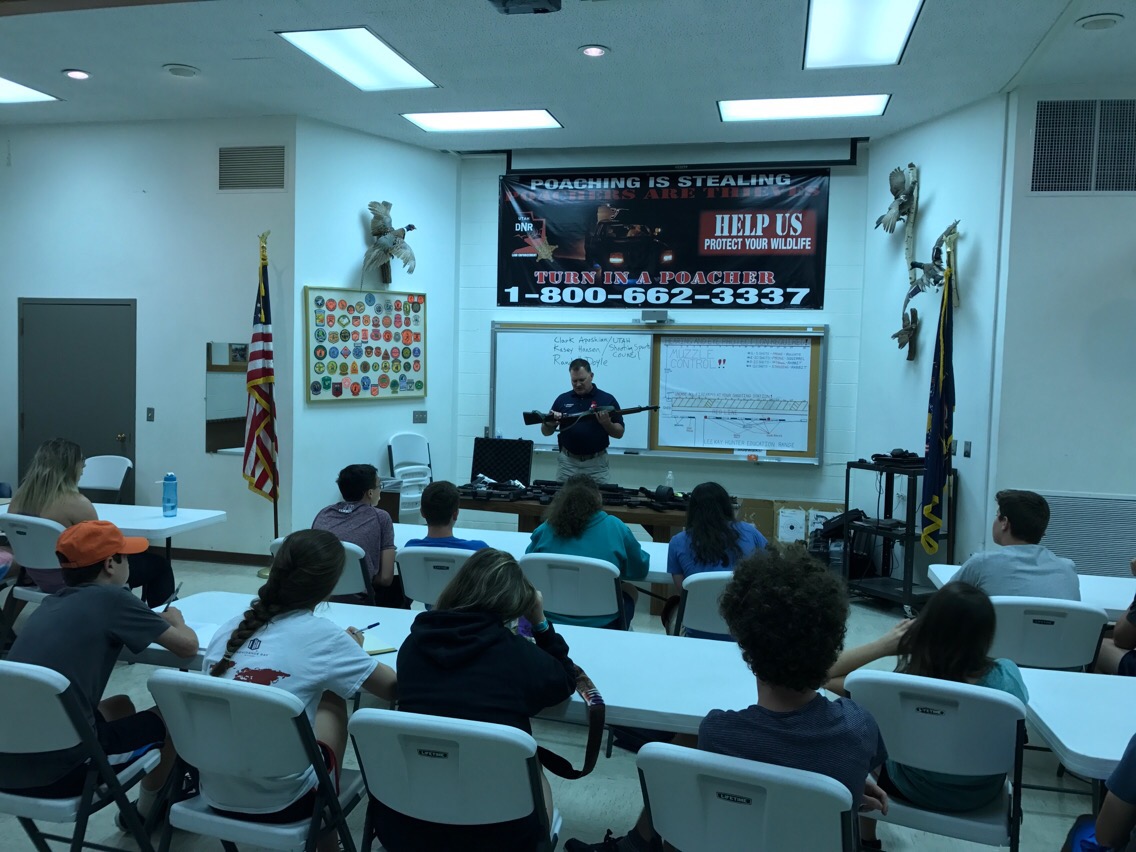 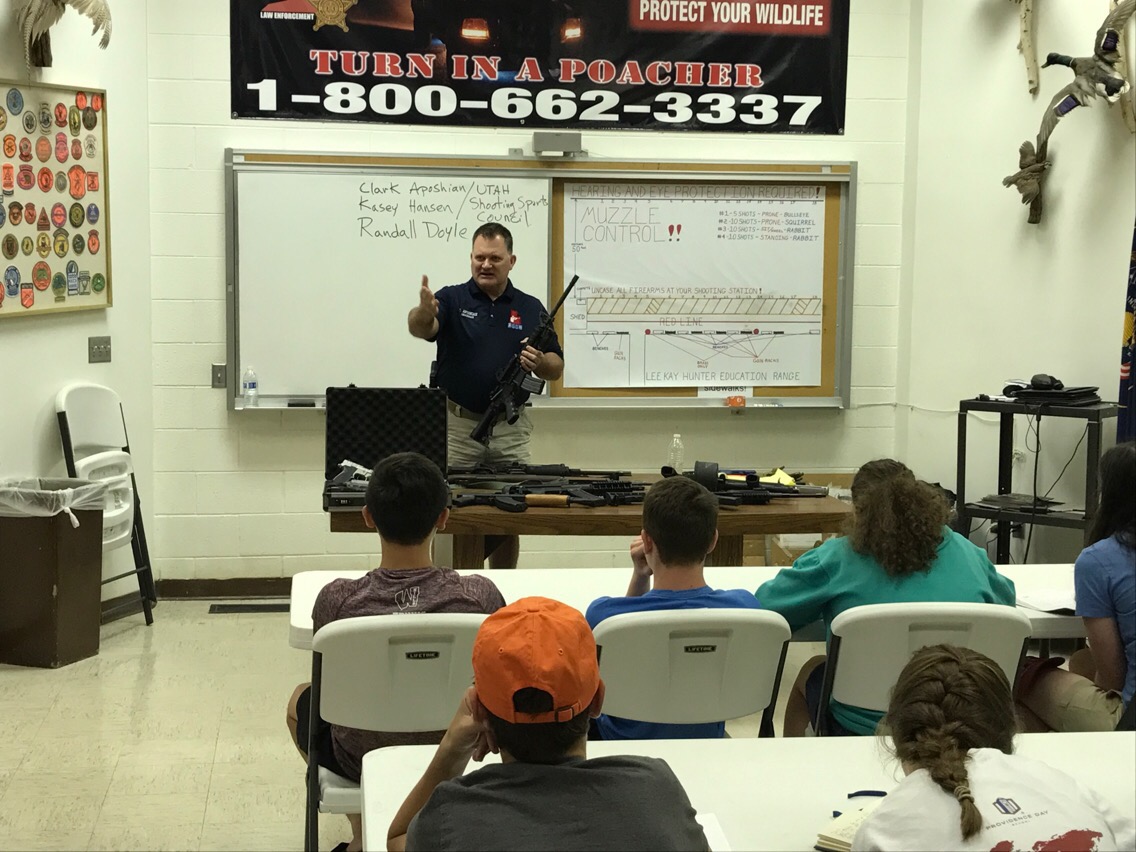 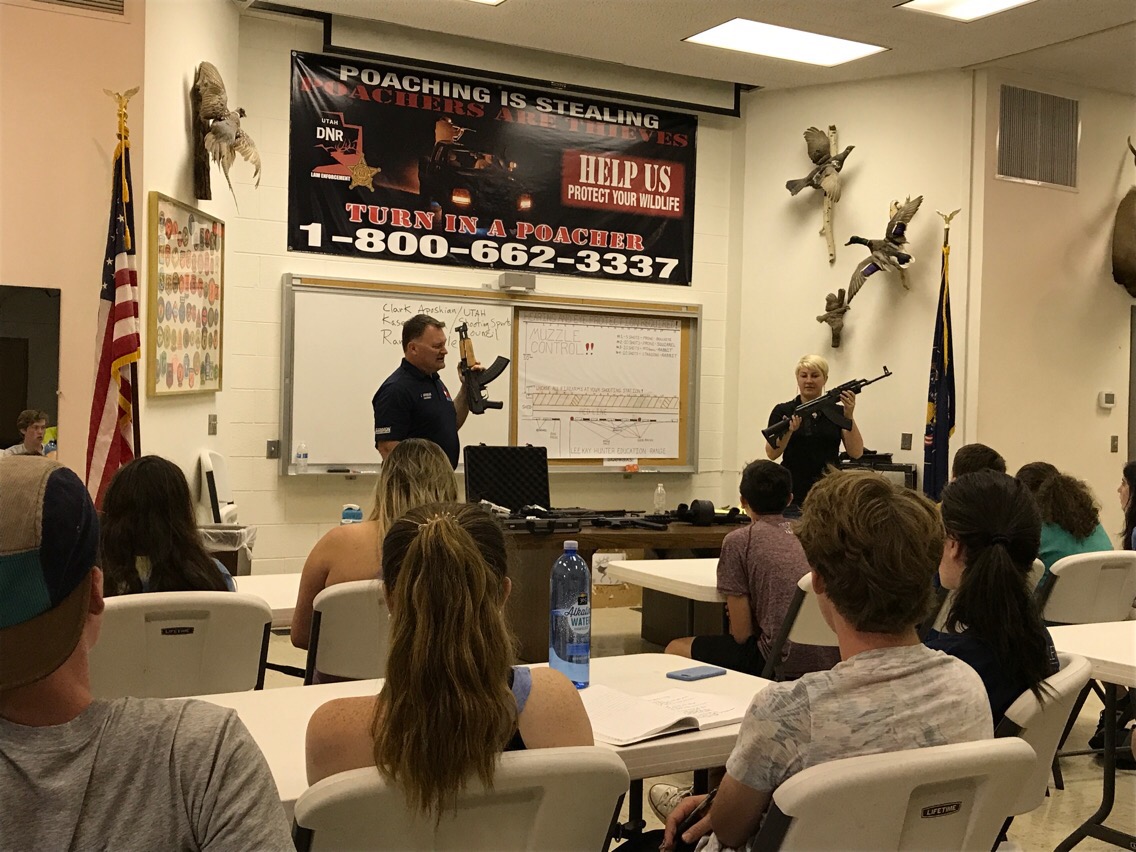 After the shooting range, we made our way to Salt Lake City’s Temple Square, where four missionaries showed us around the Mormon capital of the world. We experienced the incredible acoustics of the Salt Lake Tabernacle, where the Mormon Tabernacle Choir performs. We sat in a flowery courtyard on the square as our missionary guides told us their stories in finding their religious identities. They handed out copies of The Book of Mormon to those who were interested. As fascinating as any organized religion is, I doubt they found any new converts in us today. 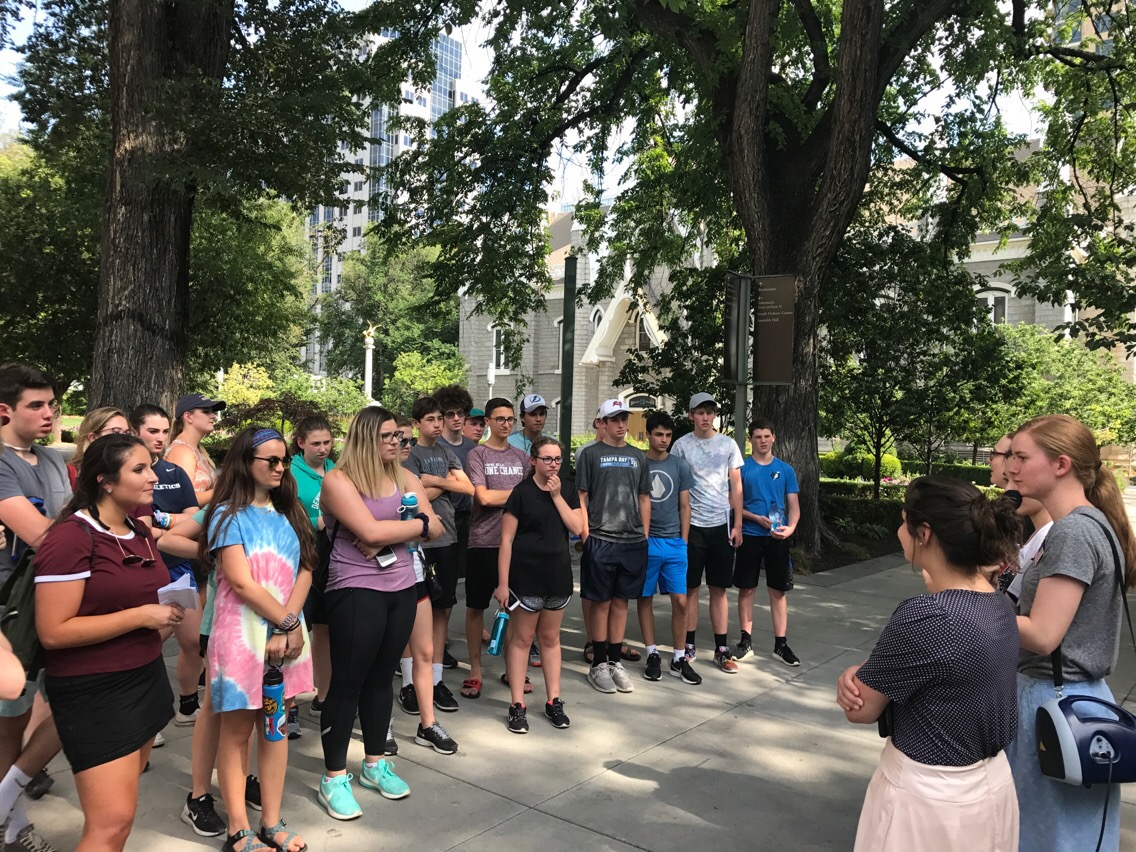 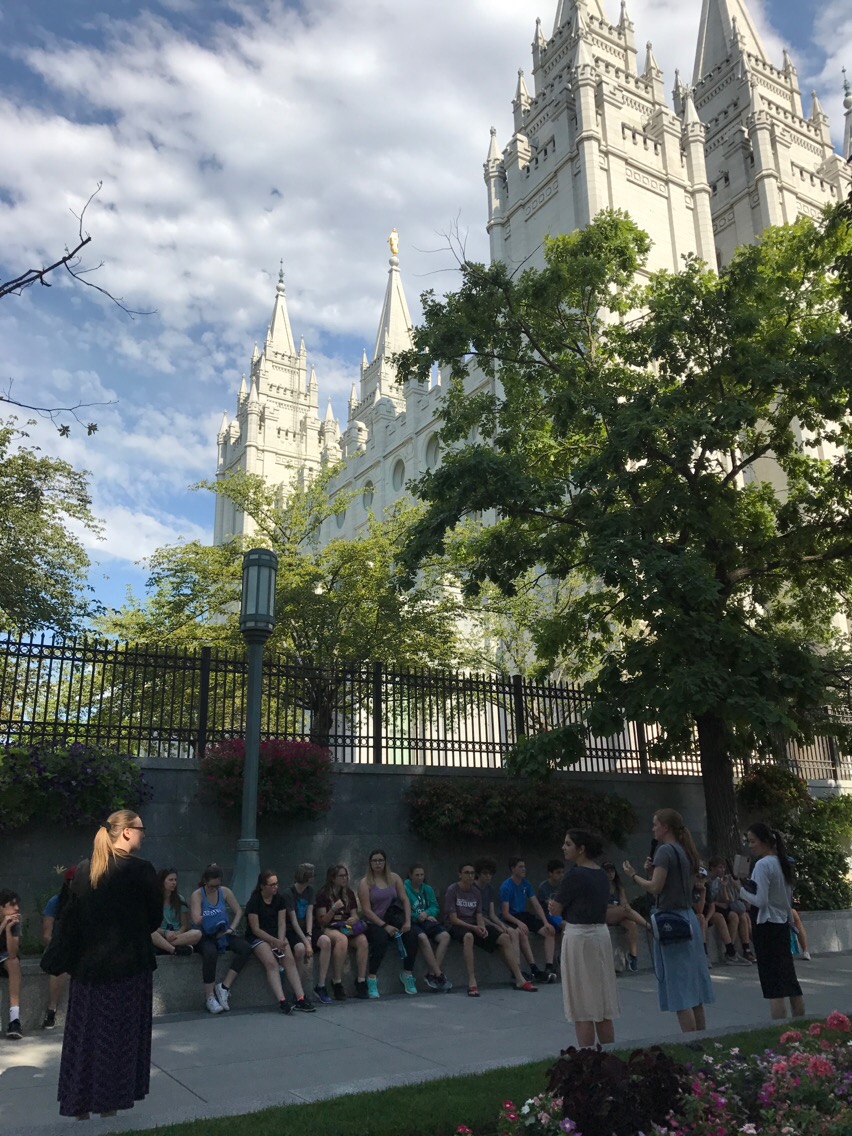 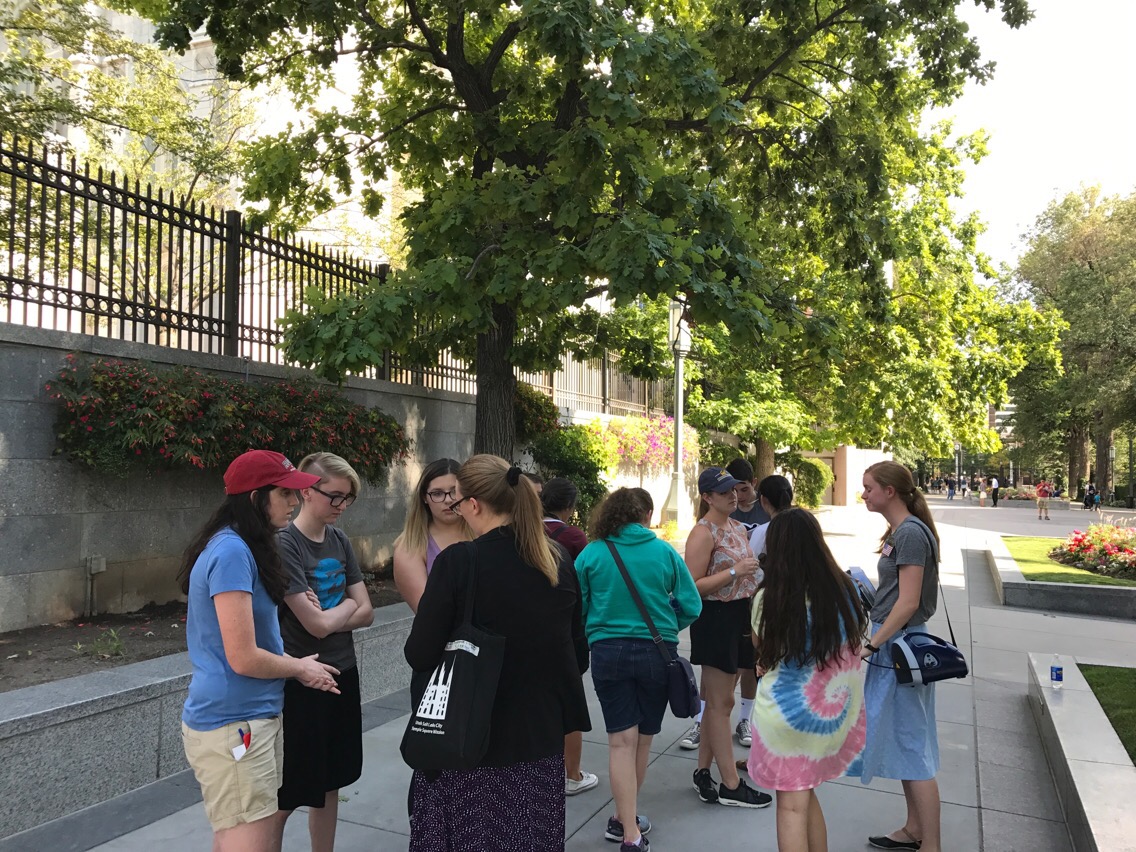 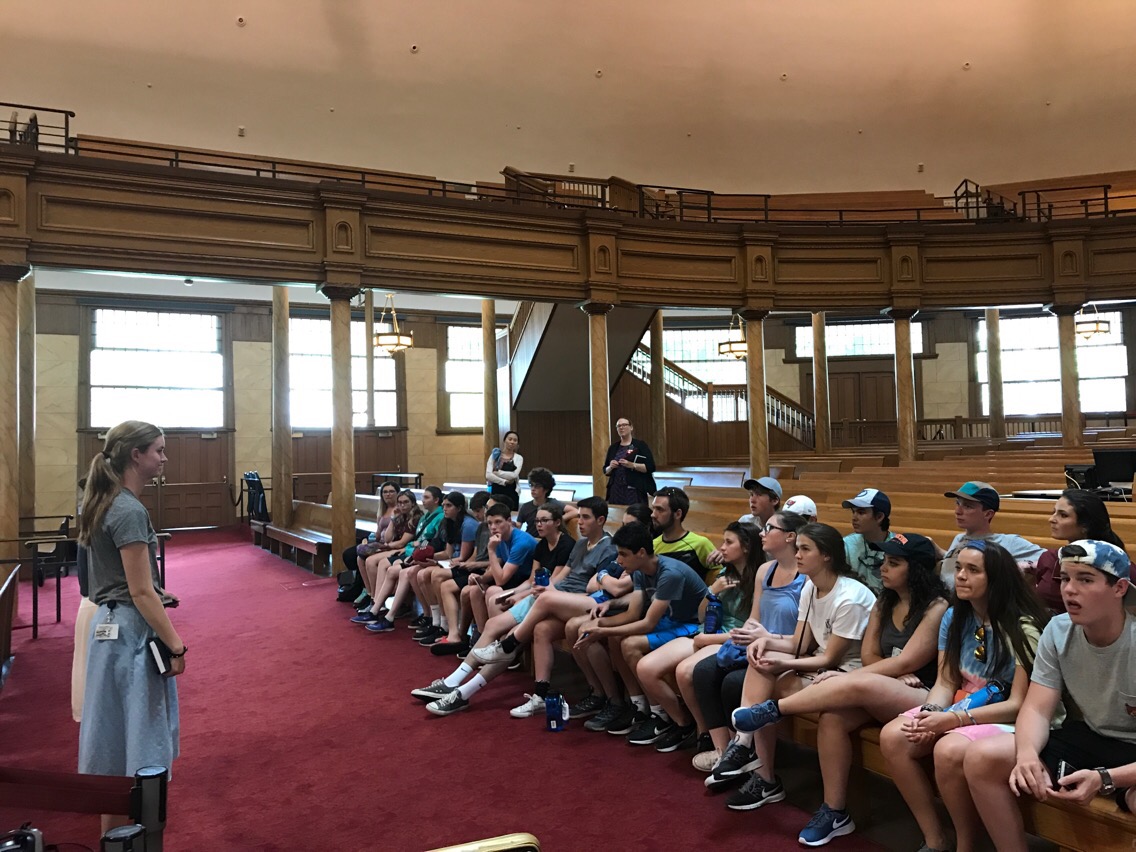 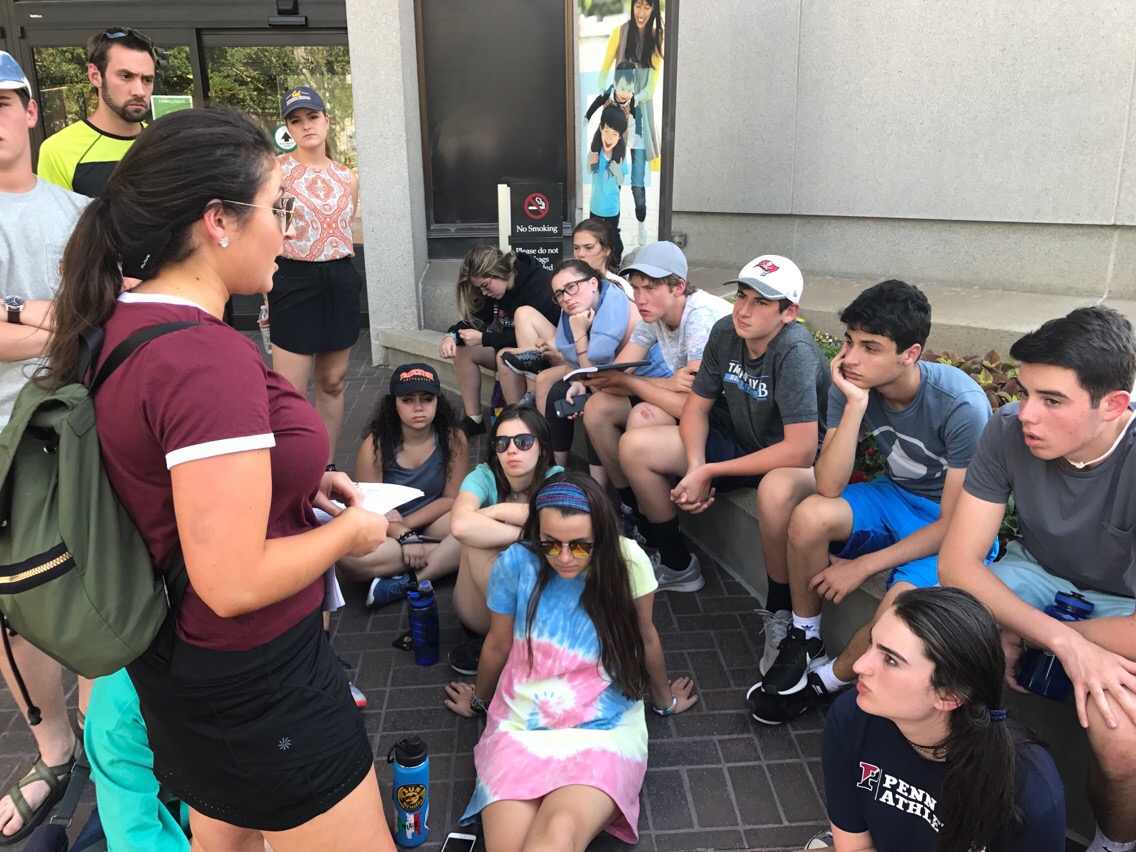 After an exhausting day of learning and arguing, searching to find ourselves on this journey, we retired to the hotel for the night. We went to bed early, and prepared ourselves for the next transformative day that will be tomorrow.