Today we traveled to Kent State University. There we met with Alan Canfora whowas injured during the Kent State shooting. He explained the events leading up to the shooting. It all started with Nixon’s announcement that the US would expand the Vietnam War into Cambodia. This made the radical hippies absolutely livid. On May 1st, peaceful protests erupted and later some windows were broken in downtown Kent. The next day, after some businesses were threatened, the National Guard was called. That same night the ROTC building on campus was burned to the ground and some students were injured in a bayonet charge from the National Guard. On May 3rd, another rally was held but tear gas and bayonets broke this up. Finally, on May 4th, a protest of 2,000 students took place. It began at the Victory Bell but was chased over the hill by the Nation Guard. At the top of the hill, the guard started to turn back but not long after they turned back and opened fire on the protesting students. Thirteen seconds and 67 shots later, there were nine wounded and four dead. Kent State has always scared me. Even if the guardsmen who fired on the students had acted alone, how could people who swore to protect us fire on a group of students whose worst offense was cursing and throwing a couple rocks. Although it happened many years ago, many controversies are still generated by the shootings that have yet to be resolved. I think that after all this time there should be more closure for the victims and the public so that passionate young people know that they can protest without something like this happening ever again. I also find it somewhat remarkable that Alan is still an activist and still works within the same government that shot his friend and him through the wrist. 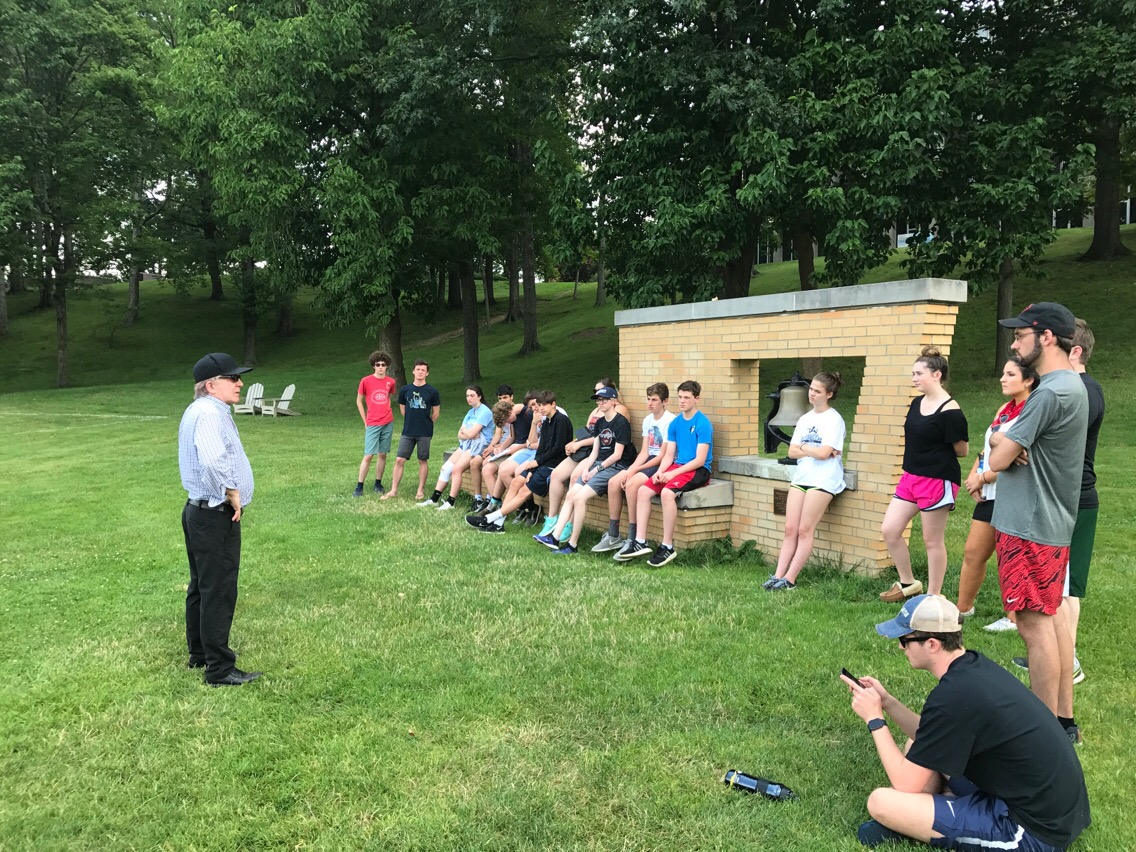 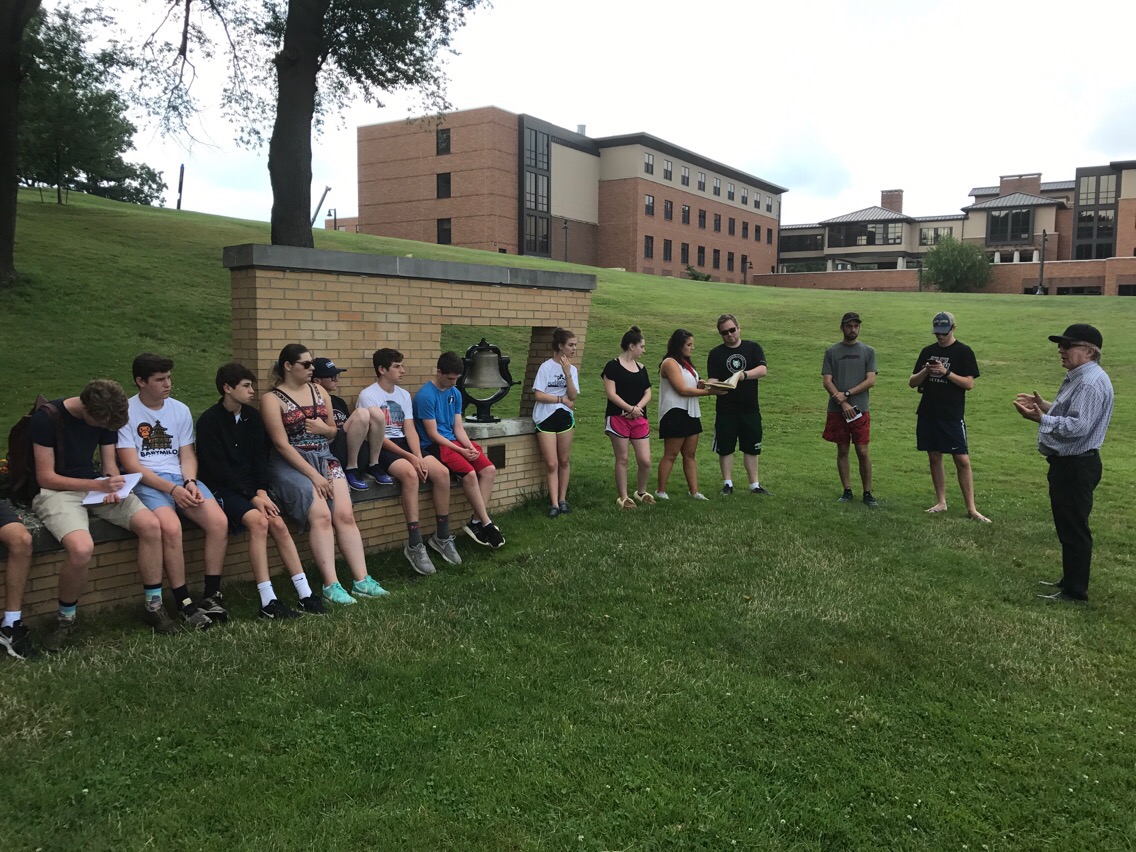 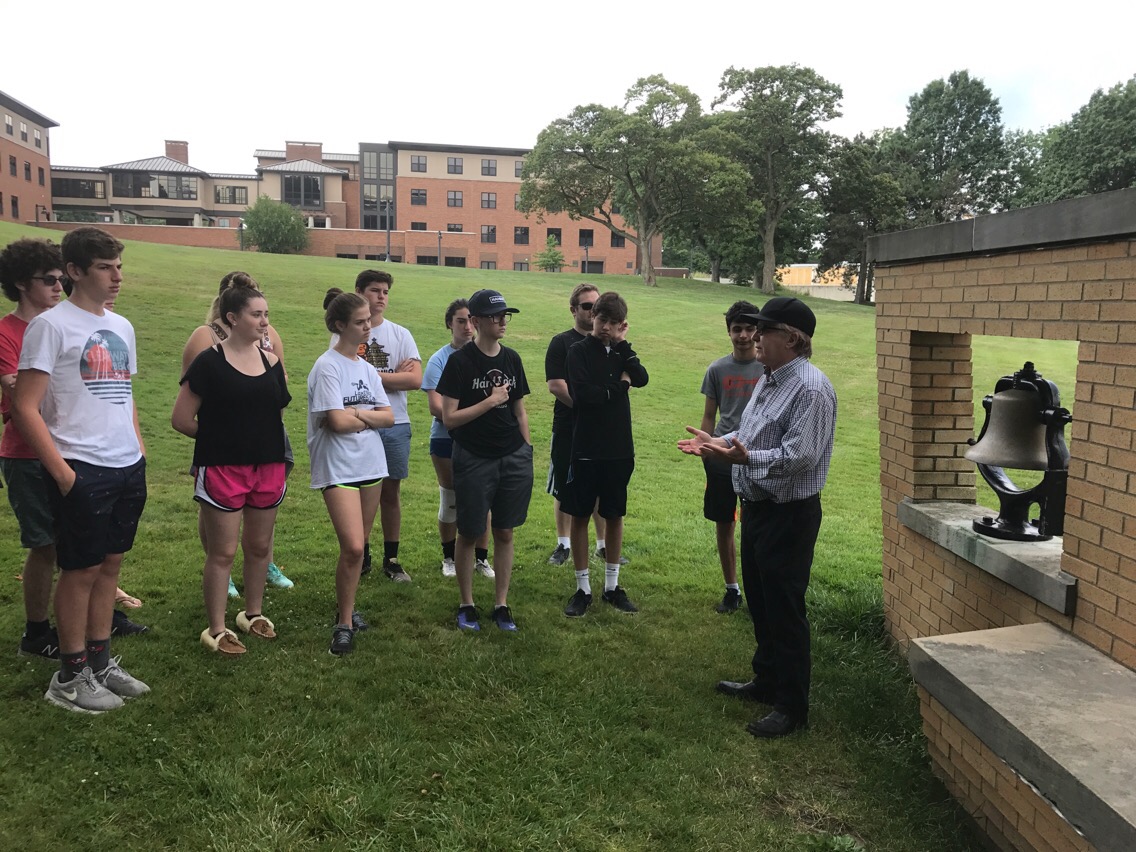 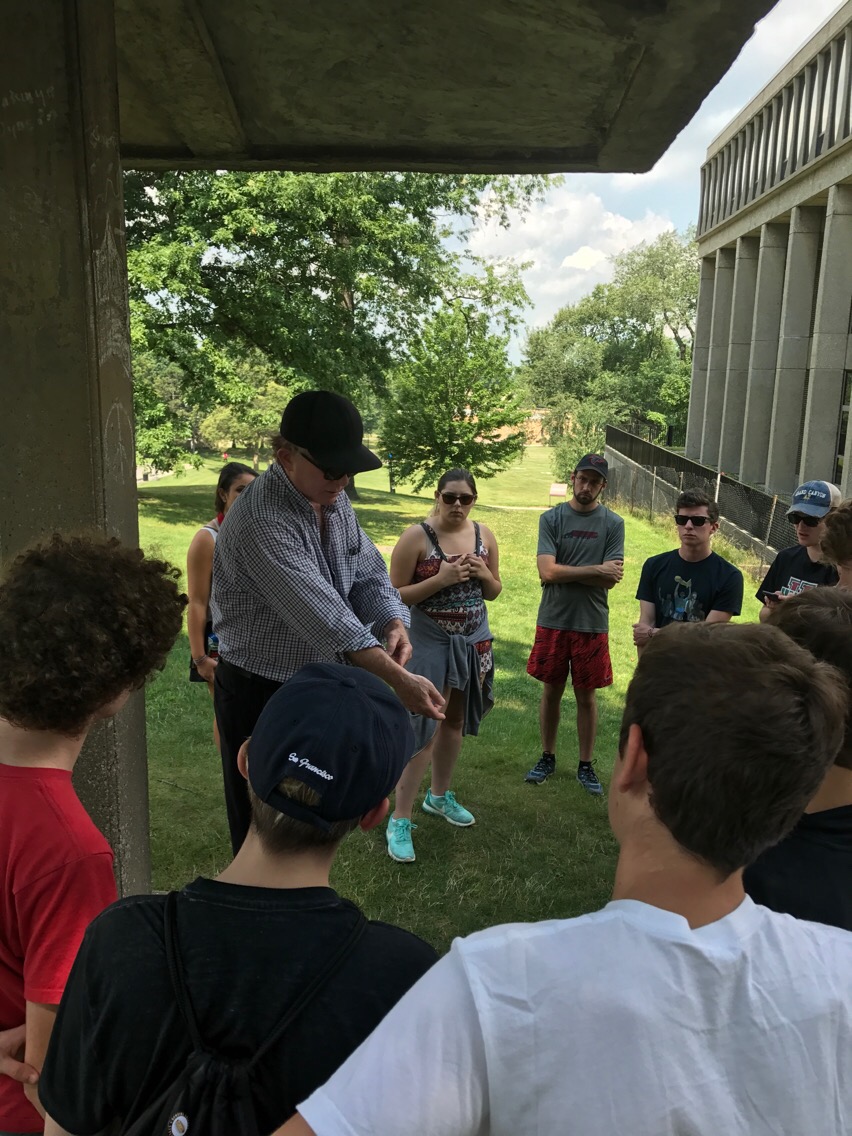 After leaving Kent State, I sat down on the bus and ate a Philly cheesesteak and watched some (Tampa Bay) Rays baseball. Then, some time later, we arrived in Cleveland at the Rock and Roll Hall of Fame.

To begin the experience we listened to an educational speaker who talked about how artists influenced politics in in their time periods through their music. For example, Aretha Franklin only wanted “a little R.E.S.P.E.C.T” as an African American and as a powerful woman. The rest of the museum we were allowed to explore. What fascinated me most were the Radios. Us humans, when we like something we try to make it as easy as possible to obtain. This is much the same in music. It started as wax cylinders and now we can listen to a whole library of music on a device that we can also allows us to call people, take pictures and play cards. 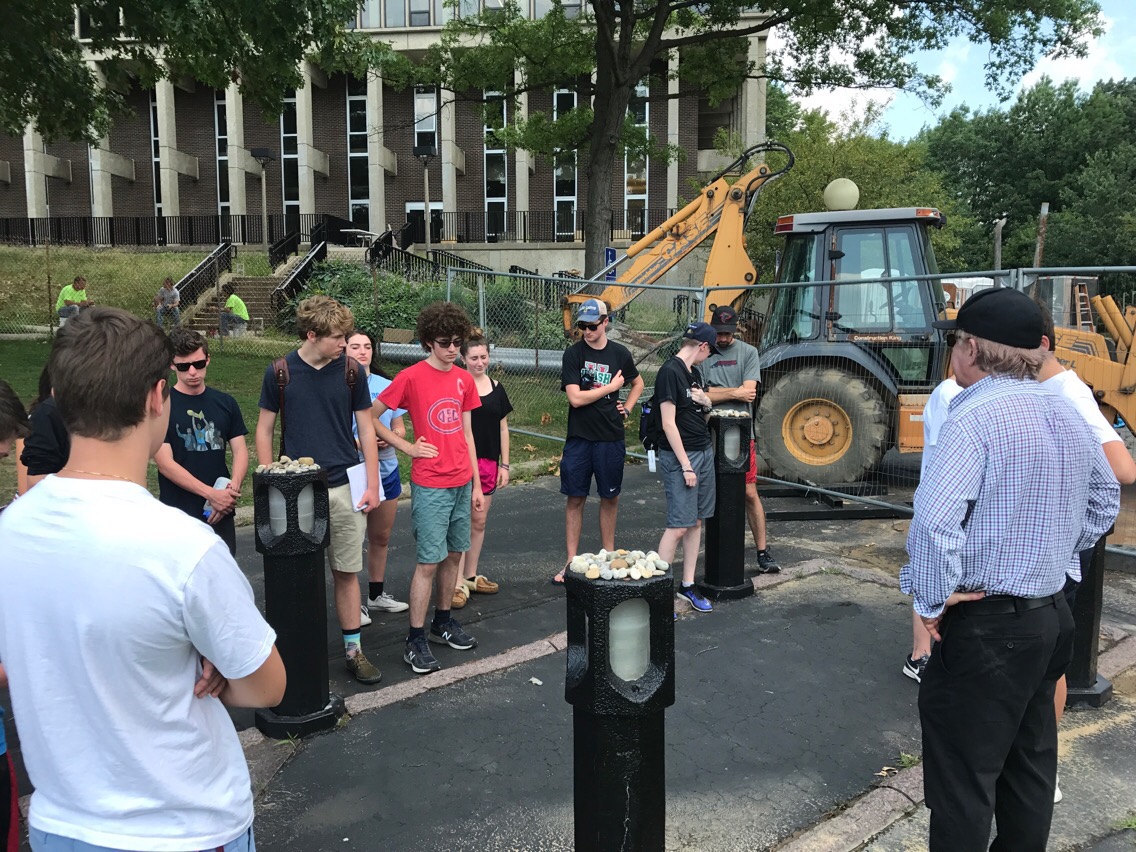 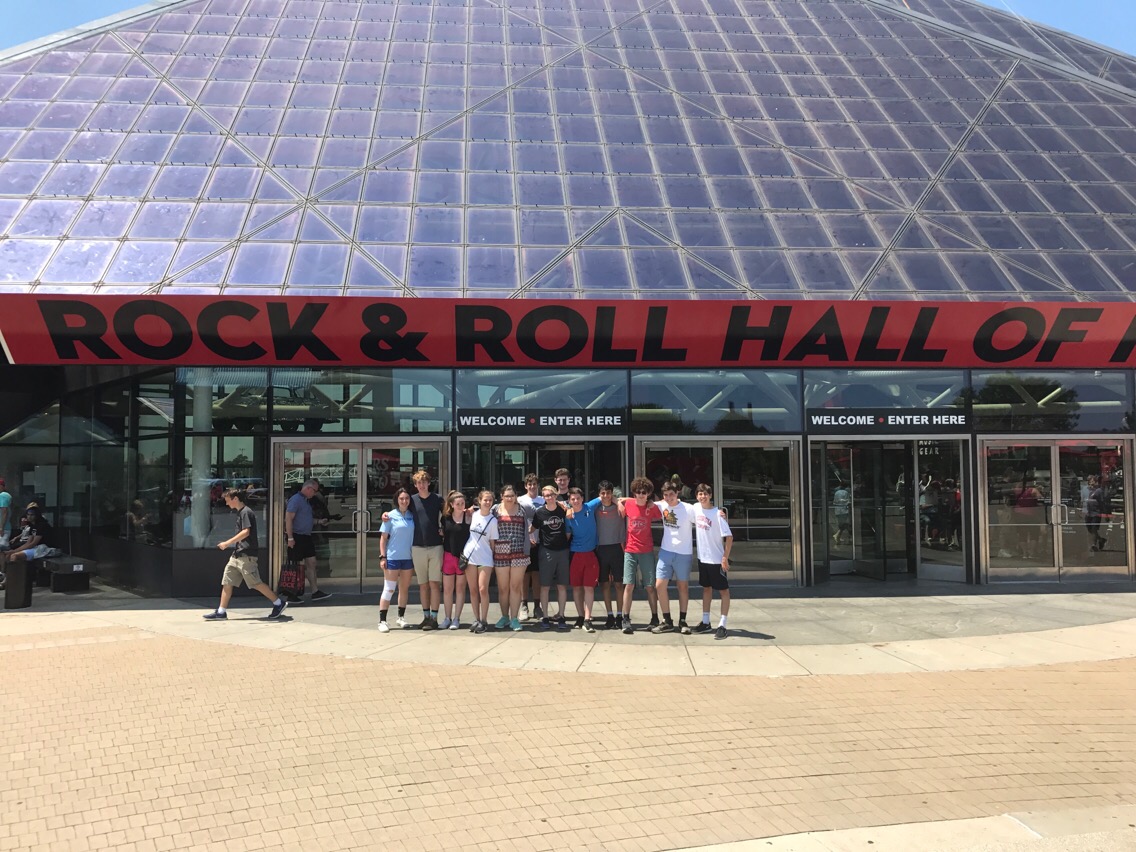 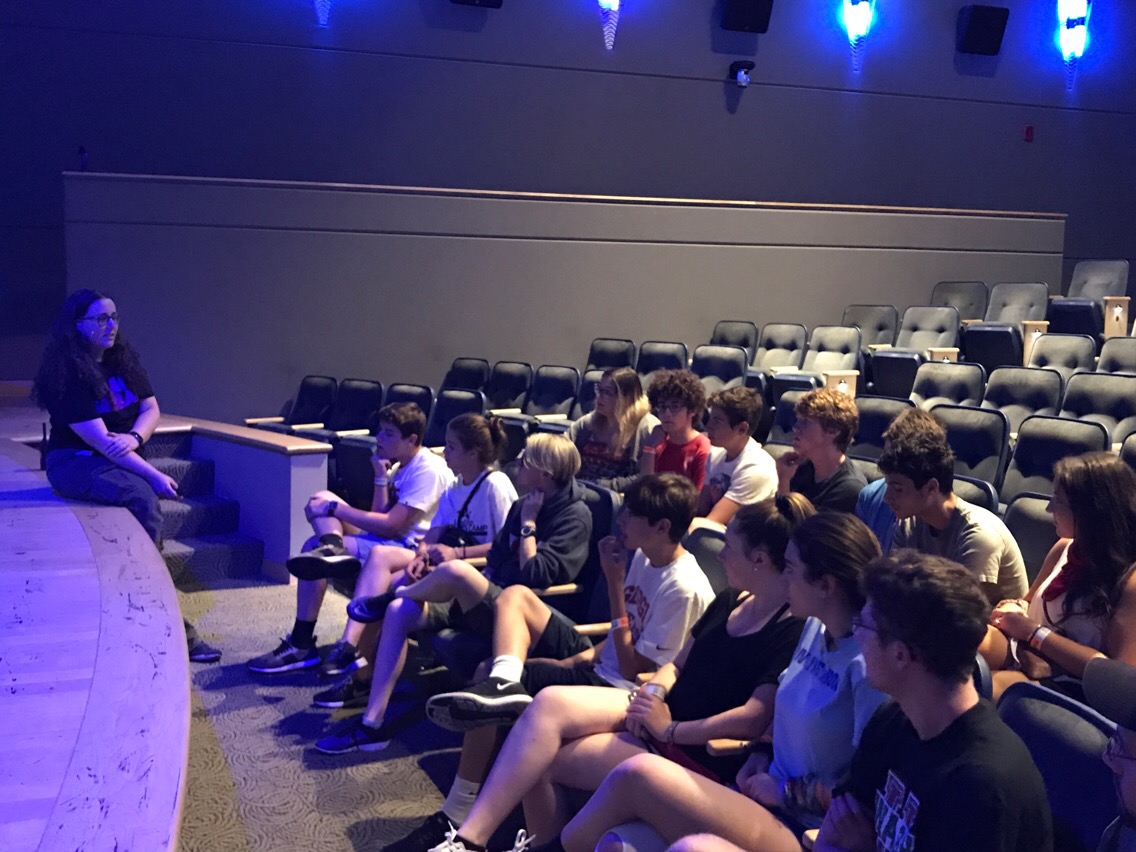 After the museum we made our way to the hotel and got ready to go to New York City tomorrow.