“Wake up boys!” Shouted my counselor Joe trying to get us up at 7:45. Obviously all of us ignored him and proceeded to sleep until a comfy 8:10. I then popped out of bed and proceeded to take a hot shower. I stood in the shower thinking of the way the days seemed to mush together creating what felt like one elongated day. Quickly I snapped out of it and began to panic remembering that I still had to pack and eat breakfast all before 8:45. I dried off, packed my bag, ate a quick breakfast, and then I hopped on the bus. The bus was headed for our second day in Chicago and sadly our last. After an hour drive into Chicago we eventually stopped at the water tower plaza where we found out that our speaker was sick and our meeting had been canceled with the John Howard Association to discuss prison reform. Luckily this has been a topic we have addressed several times. In place of the meeting we were able to go to the top floor, the 85th floor, of the John Hancock building and look out all over Chicago. 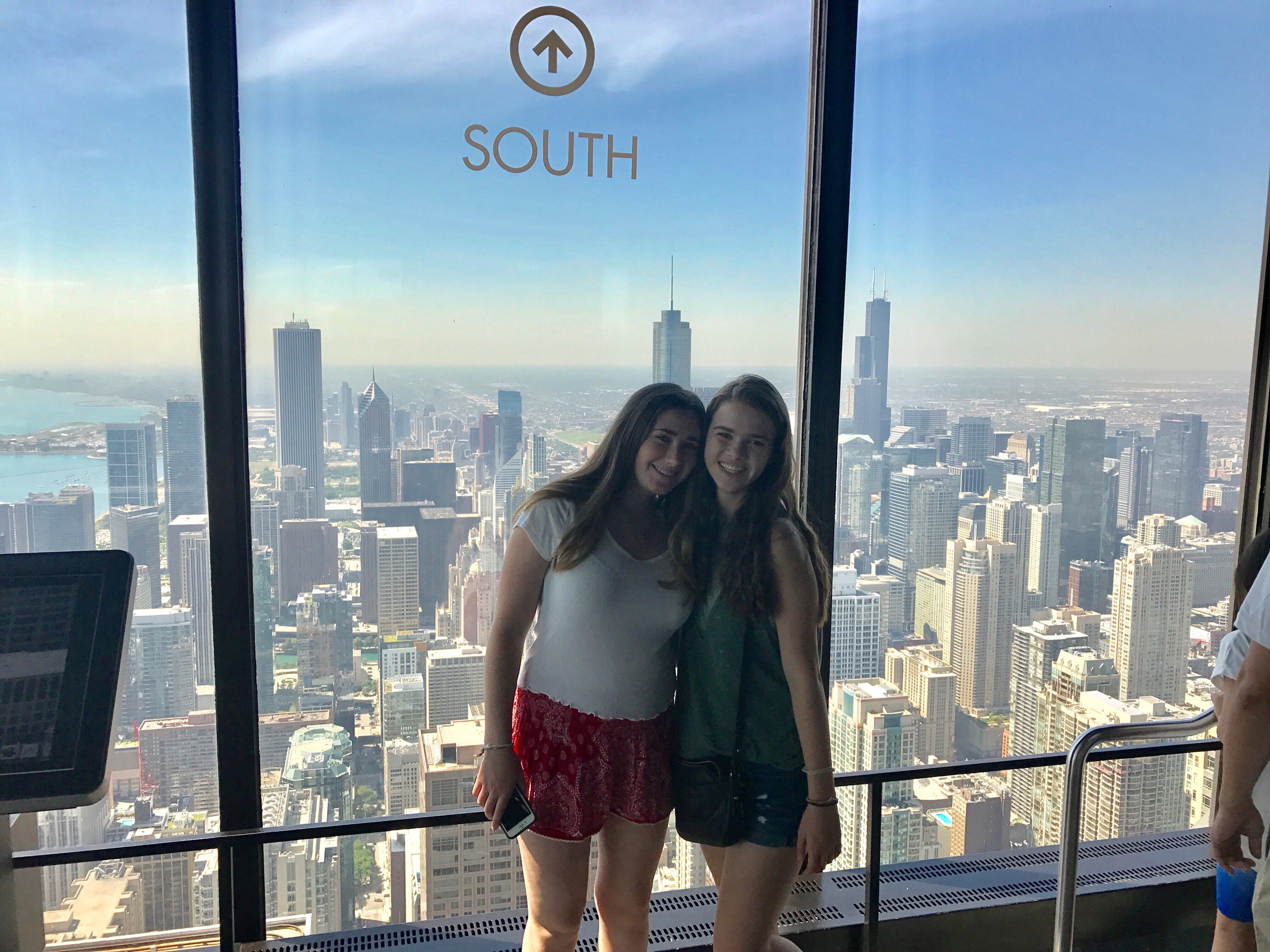 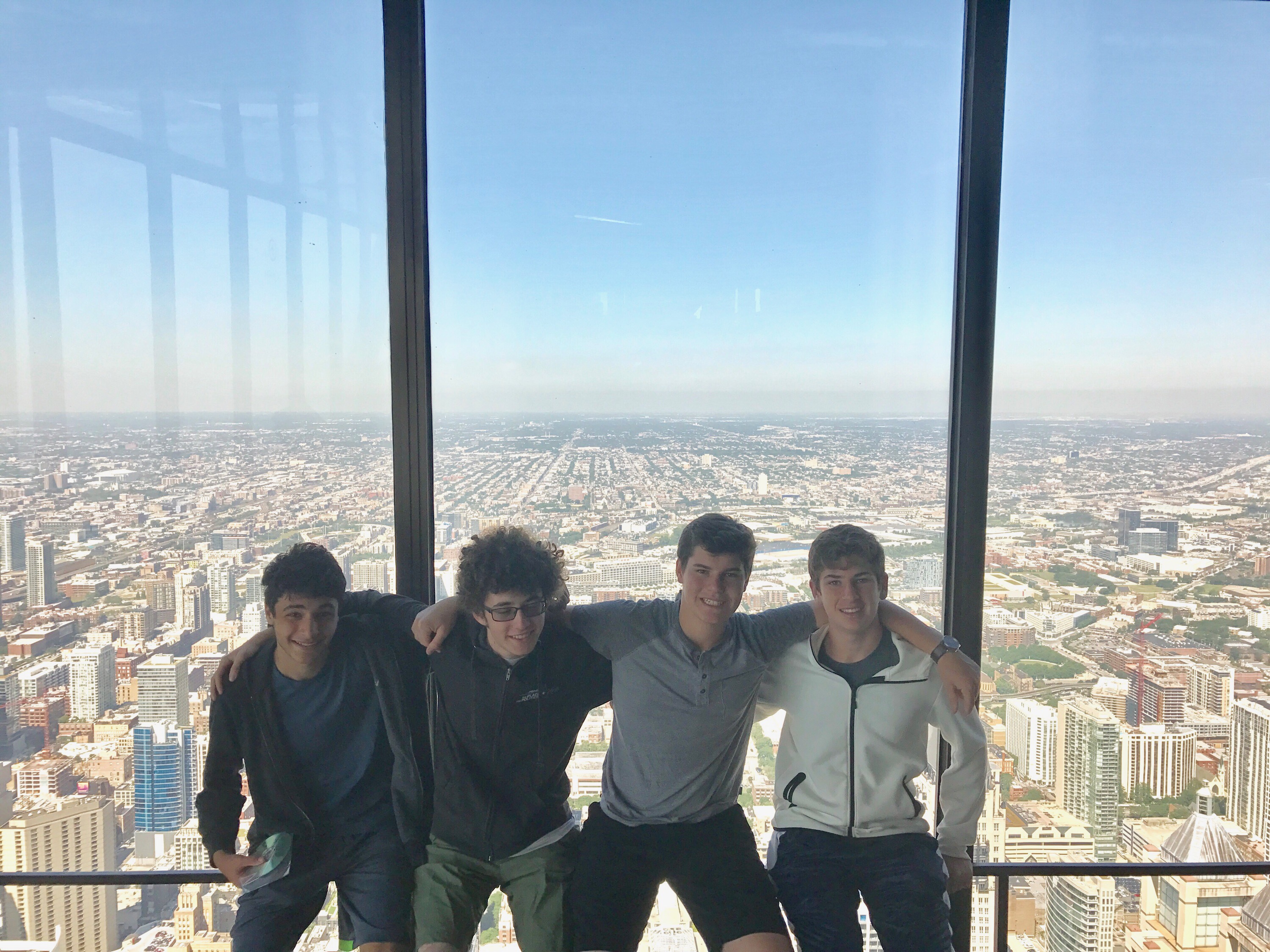 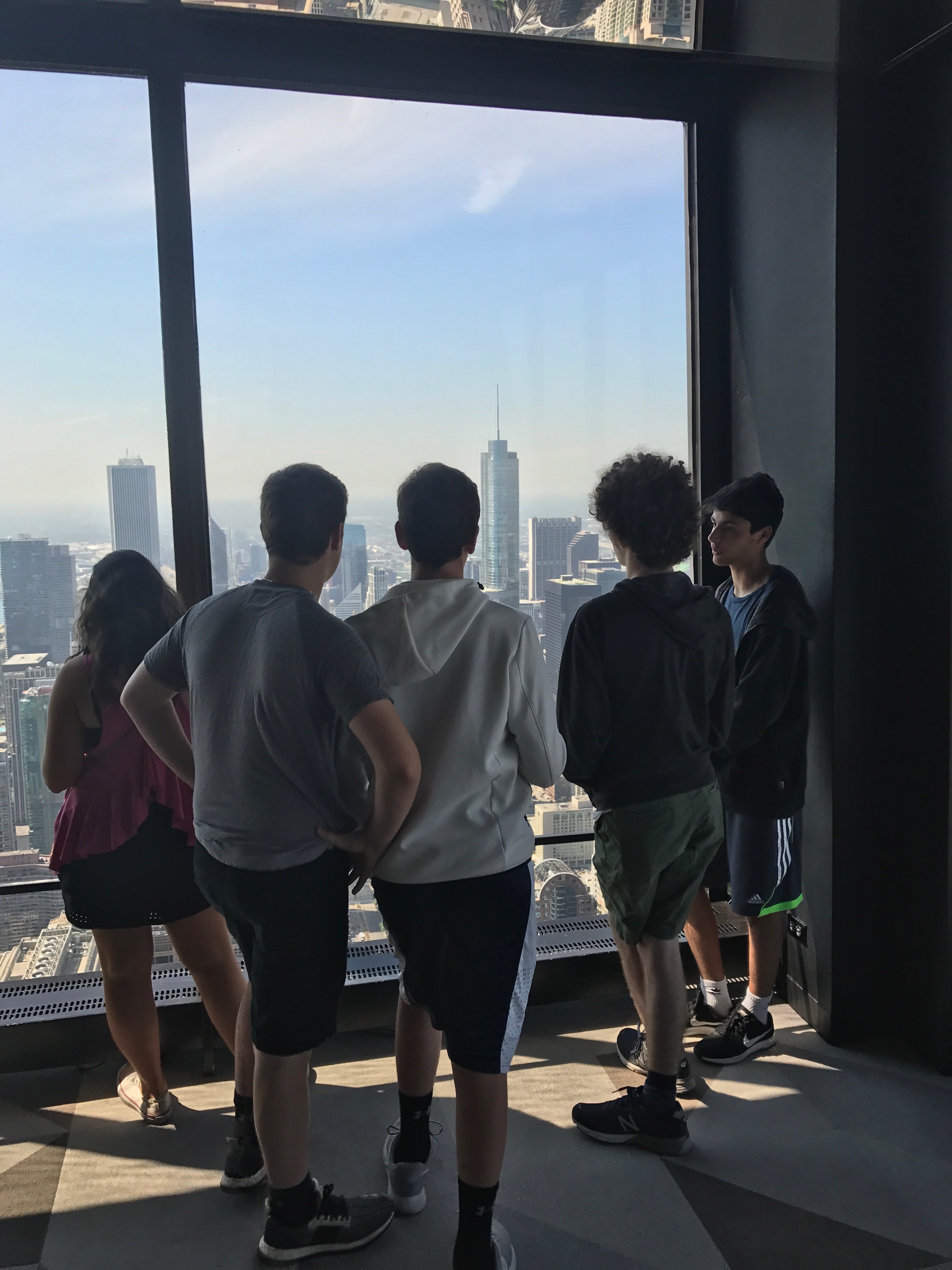 After this we had free time to shop and eat on Michigan Avenue.

Towards the end of our free time, the bus was meant to arrive to take us to the Chicago town hall. On the way to pick us up, the bus hit a pothole blowing a tire, which left Joe, and our bus driver Earle stranded waiting for a new tire. However, Joe and Earle were not the only ones stranded. We were too. Thanks to our brave leader Billy, we were able to jump on the subway and get to the Chicago town hall early. When we arrived, we got to meet Chris Wheat, the Chief Sustainability Officer for Chicago, in a conference room and discuss climate change and how the city of Chicago is changing to have a less harmful effect on the environment. He told us that Chicago is doing as much as it can to limit their effect on the environment, such as changing all the lights in the government buildings and on the street to LED’s, which save up to 40% more energy than traditional light bulbs. The city also put a 7-cent tax on all shopping plastic bags, which caused a 42% decrease in using plastic shopping bags. He also talked about how Chicago is fighting to support the Paris agreement even though the United States has pulled out. 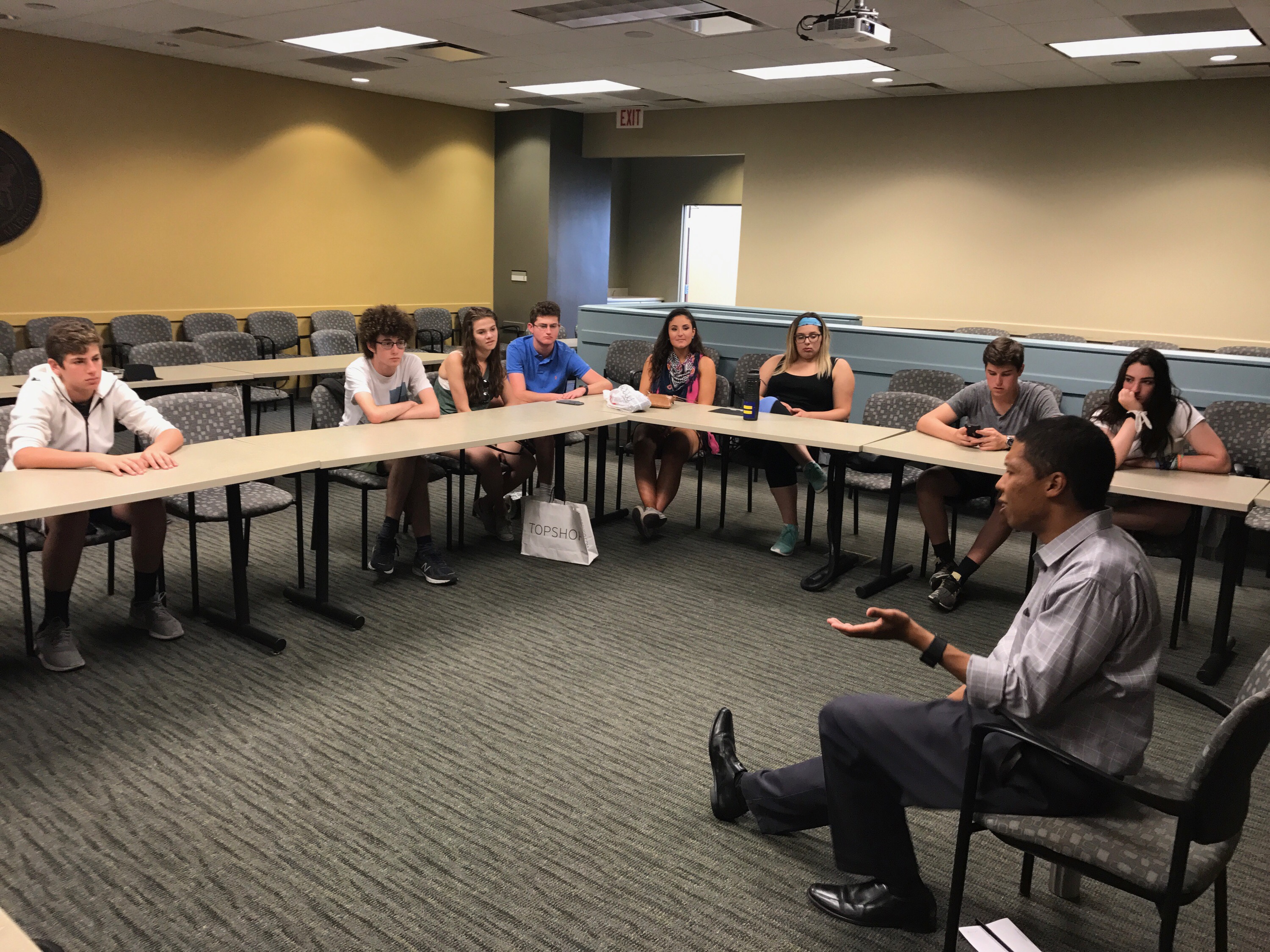 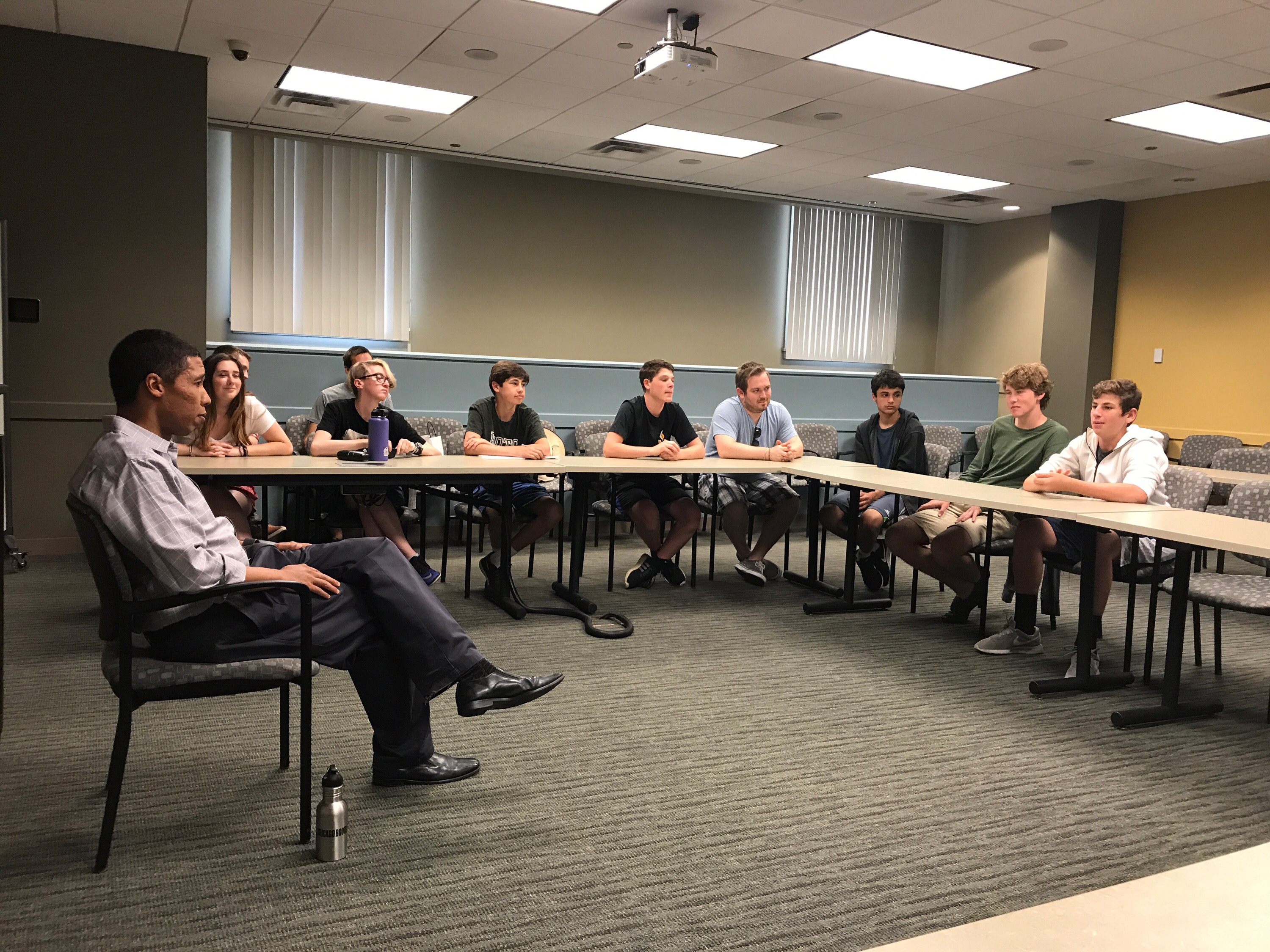 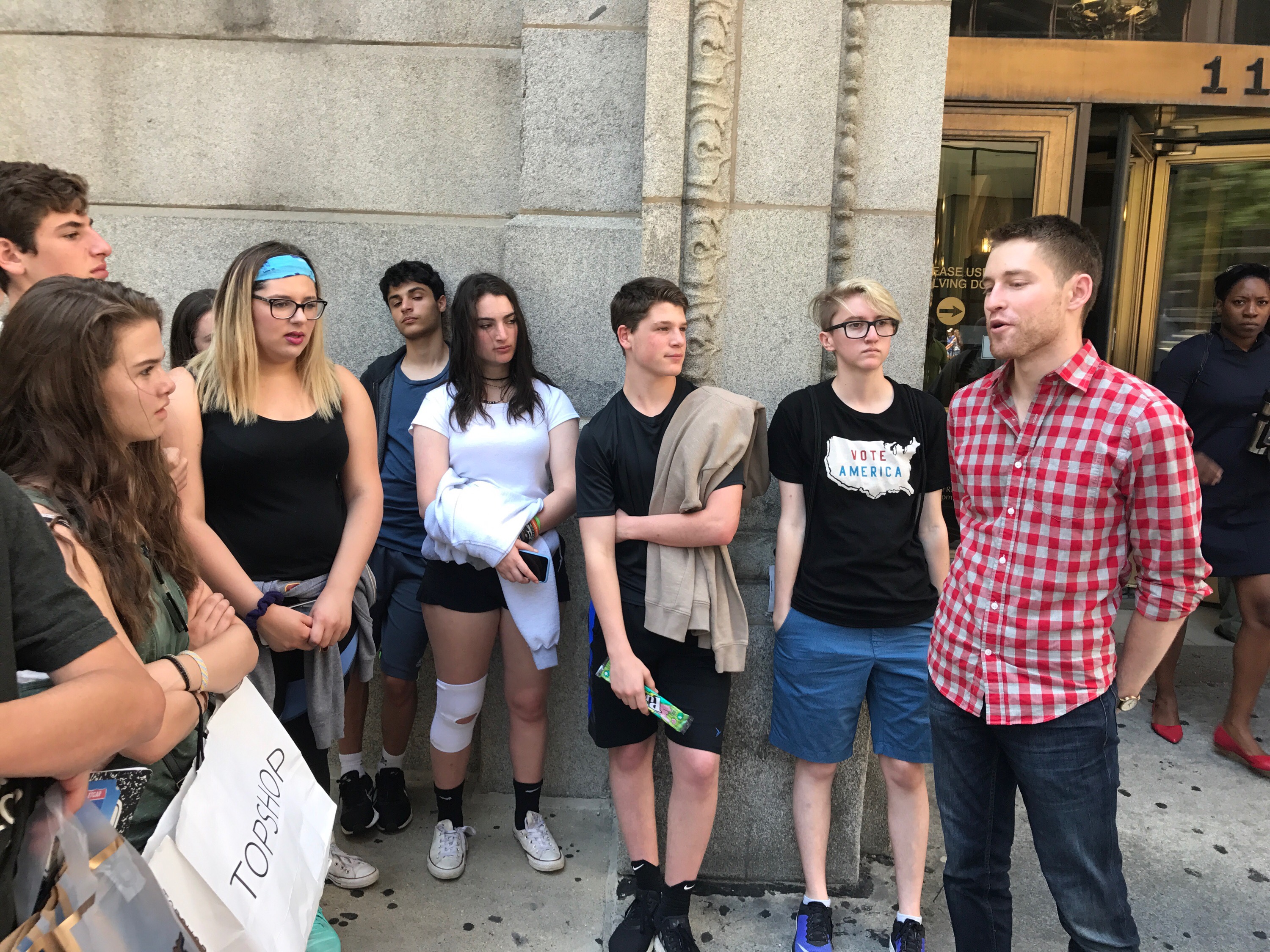 While we were learning about how Chicago is leading our country in limiting its effect on the environment, Earle and Joe where finally getting a new wheel that would free them from the side of the road.

While Earle and Joe were racing to pick us up we went to the famous bean, a giant mirrored sculpture that is the shape of a bean. Looking at myself in the mirror, I noticed how the curves of the bean changed my body and the bodies around me. It showed me how Etgar, and its complex shape, changed the way my peers and I think and feel. Finally the bus arrived and we were ready to head to our next destination, Cleveland, Ohio.