We started our day off on a sweltering summer morning. From there we drove all the way from Birmingham, Alabama to Memphis, Tennessee, with a little stop at Elvis’ birth home in Tupelo along the way.

Once we arrived in Memphis, we met with Scott Shepard, a former KKK leader, and heard his story about how he got pulled into that world of hate and how he managed to escape it. His story was heart wrenching. He came from a dysfunctional family with a violent alcoholic father.  We heard about how the Klan recruits vulnerable people and essentially brainwashes them.  Scott also discussed how the Klan is trying to evolve and present its self as being more mainstream, so that it can survive and grow in the 21st century – scary!!!  His story really impacted me and helped me to understand more how and why people get into this lifestyle of hate. 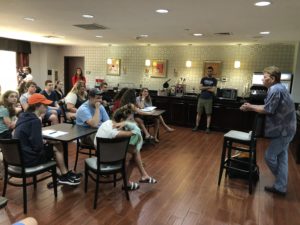 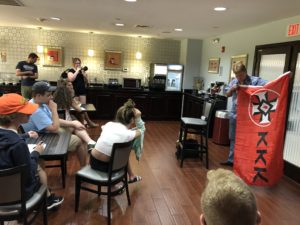 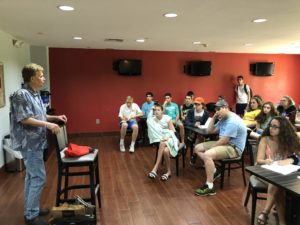 Afterwards we went to Sun Studios and got to see where Elvis recorded his first song.  We learned how Elvis help bridge the gap of segregation by introducing white people to black music.  Elvis started a cultural revolution back when he was making songs and it’s important to reflect on this.  We also visited Stax, where many of the famous blues artists recorded.  There we discussed white flight, poverty, and the efforts the Stax museum is making to improve the community. 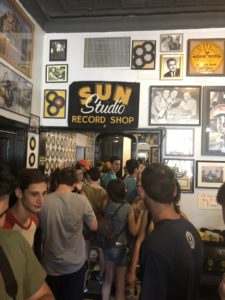 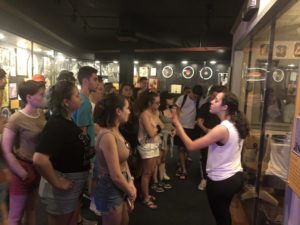 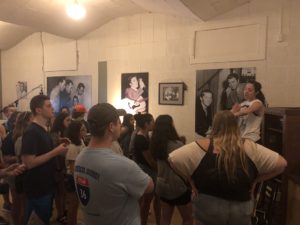 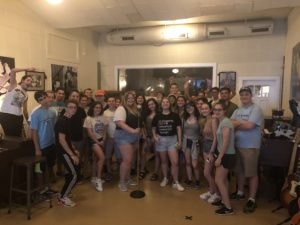 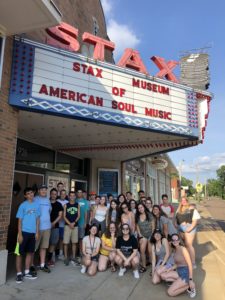 We finished the night off on the banks of the Mississippi River followed by a trip to the roof of the Peabody hotel where we saw the famous ducks who parade in the hotel lobby every morning. 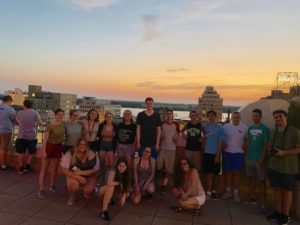 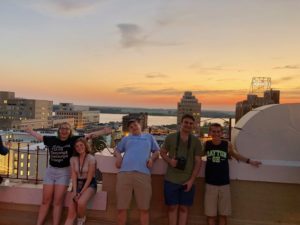 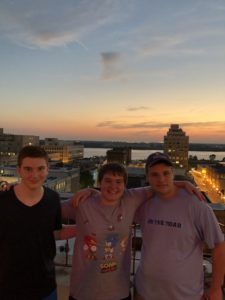 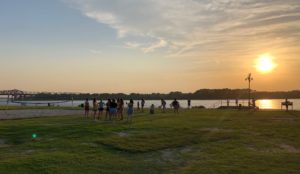 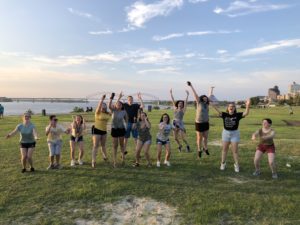 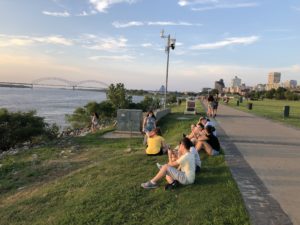 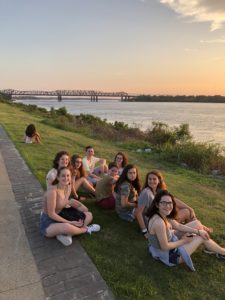