We started our day, bright and early with a wake up call at 6:45.  We had to be down for breakfast by 7:15, and we loaded the bus to get on the road to Dallas, Texas.  This was the longest drive we’ve done yet, though we all found ways to pass the time.  Billy showed us a movie called Thank You For Smoking, a movie about a tobacco lobbyist who is trying to convince people to smoke, while also teaching his son not to smoke.  About an hour from Dallas we stopped to eat, picking from the options of Chick Fil A, Whataburger, and a deli.  After a quick lunch we finished up our drive, arriving at a Methodist church. 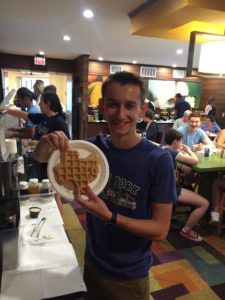 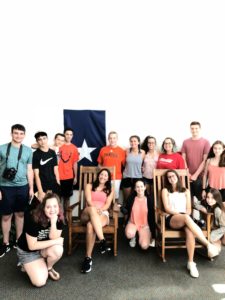 This church was the site of our meeting with Jacquelyn Smith, a pro life activist.  Before the meeting I was very apprehensive. I am personally very pro choice, and I’ve never met someone who was a really passionate pro lifer.  Another thing that made me a bit uncomfortable about Jackie was that she was a woman who was pro life.  From my perspective, I couldn’t understand why a woman would devote her life to taking away other women’s rights, and I think many other members of the group were confused as well.  However, we all went into the meeting with open minds.  Jackie talked to us about the different types of abortion, describing each in graphic detail.  She also told us her mother’s story.  When her mother was pregnant with her, she was sick with double pneumonia, and the doctors told her to abort her baby because it could have many physical and mental challenges.  However, her mom decided against it, allowing Jackie to be alive today.  We also had a chance to ask Jackie questions and try to poke holes in her argument.  I personally asked her what the legal precedent for banning abortion was, and she responded that she didn’t know much about law or the constitution but that we should “err on the side of life.” Something that we all noticed about Jackie was that she was set in her ways and convinced that her opinion was correct, so there was nothing any of us could do to change her mind.  After the meeting she gave us toy fetuses and we left for the Grassy Knoll and the Sixth Floor Museum. 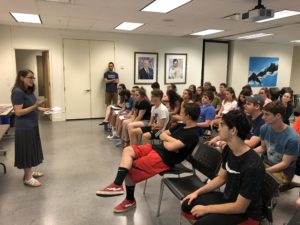 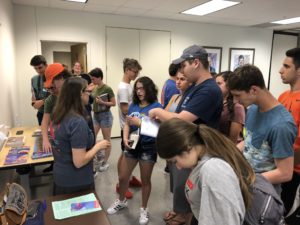 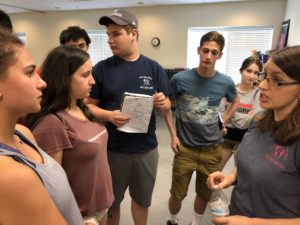 When we got off the bus we walked down a street and the the famous Grassy Knoll. We noticed two large Xs.  These two Xs marked the spots where President Kennedy was shot.  The first X was where Kennedy was shot in the back and the second X marked where he was killed with a shot to his head.  Many people were laughing and running into the street to take selfies on the second X, and we discussed how disrespectful it was.  That was where a man was killed and people were treating it like a tourist attraction.  After we saw the assassination spot and discussed his Presidency we went to the Sixth Floor Museum, a museum about Kennedy’s assassination in what used to be the Texas Book Depository where Lee Harvey Oswald supposedly shot JFK.  The museum was very powerful and has many artifacts from Kennedy’s life and assassination.  After the museum we went  back the Grassy Knoll to discuss different conspiracy theories about the assassination.  We talked about everything: ladies shooting poison dart from their scarves, Oswald being a KGB agent, and Jack Ruby (Oswald’s assassin) actually killing Kennedy as well. 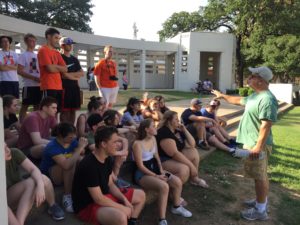 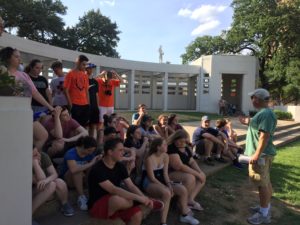 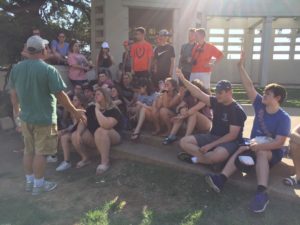 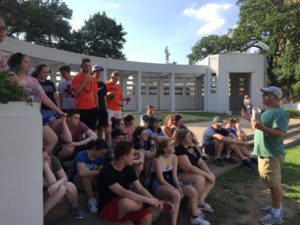 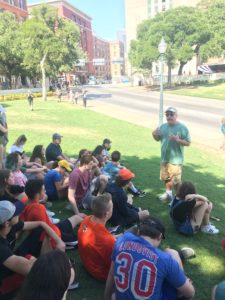 We got back on the bus and headed back to the church to meet with congregation Beth El Binah. Beth El Binah is primarily a reform gay and lesbian synagogue, though there are non LGBT members.  Everyone there was very nice and welcoming, and they even had a cake for us!  After talking with the members over dinner, we sat in a circle and had a reform service-which I found very interesting.  My synagogue at home is Conservative and pretty traditional, so when we skipped over prayers like the Amidah I was very surprised.  However, the service was very enjoyable.  After we prayed a gay man named Jan and his mother talked to us about his coming out and the struggles he had with his mental health because he repressed his sexuality. This talk was incredibly powerful and moving.  Once Jan had to leave, another man named David discussed marriage equality and how that right could be threatened now that Justice Kennedy has retired.  We didn’t want to go, but it was late so we said goodbye to our new friends and went back to our hotel. 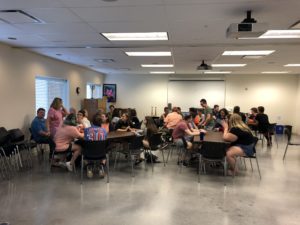 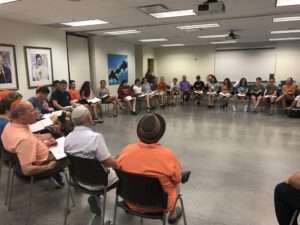 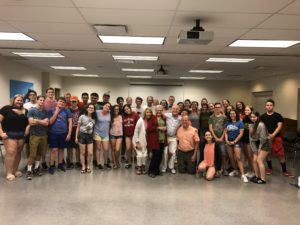