Our first stop of the day was at the JCC on the Upper West Side to meet with Ruth Messinger. She is truly a rockstar activist, and was able to share so much insight, as she worked in so many branches of politics and therefore has so much experience. I really liked hearing her thoughts on the Trump administration, as I think I shared many of her views, but she was able to articulate it in a very clear way.  Ruth Messinger spoke to us about how to avoid obstacles when becoming activists, how to keep going when in doubt, the need to narrow out activism down to one or two issues and the need to get involved. It was wonderful to learn from her. 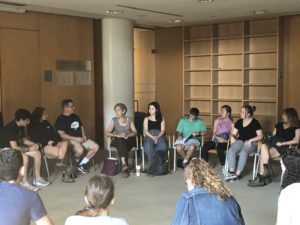 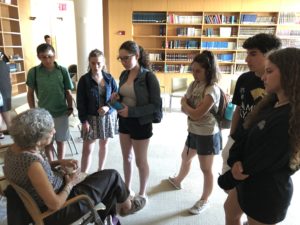 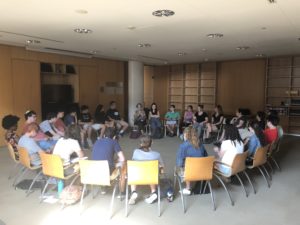 After that we headed to Washington Square Park to have lunch and go to the Islamic Center at New York University (ICNYU) to discuss Islam in the US. We first talked with Sheikh Faiyaz Jaffer, where he discussed growing up Muslim in a mostly white neighborhood in Long Island. He specifically talked about how 9/11 affected his experience growing up, which is something my peers and I weren’t alive for. I think it’s a huge generational difference as 9/11 completely changed the fabric of the country for everyone, but especially for American Muslims, and yet we were not alive, despite its recency. We then joined the Friday Jumma service at the ICNYU. It was interesting to compare the service to a Jewish service as there were many similarities and differences, however, the thing that surprised me the most was how contemporary the sermon was. The Sheikh mentioned Instagram and Netflix in speaking about his faith and what that means in a modern world. 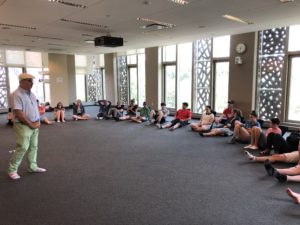 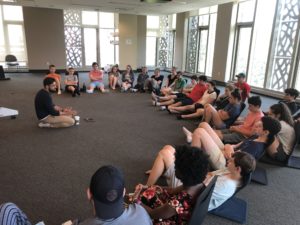 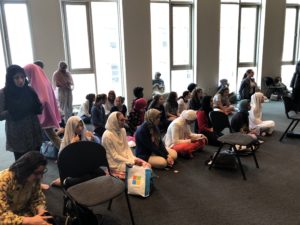 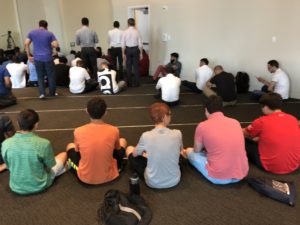 As we left the service we joined congregants from Congregation Beit Simchat Torah (CBST), who have been standing outside the service every single week since Trump’s election in 2016, as a way to show their support to the Muslim Community. I’m not sure what I was expecting but we got a lot of smiles and photos, as well as “As salaam alaykum” and “Shabbat shalom.” We also talked to Harold Levine, a congregant from CBST, about why they decided to come to ICNYU and also about the support they received from the Muslim community after the Pittsburgh shooting. 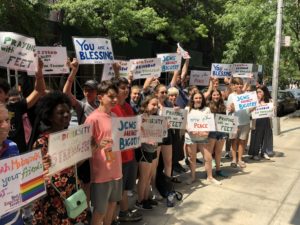 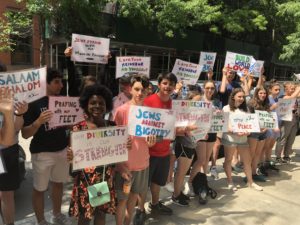 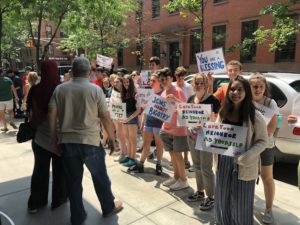 In the evening we went to B’nai Jeshurun for Friday night services, singing and dancing included, and then had dinner at a classic New York Jewish deli.