Today started off with a walk to the subway and a ride to South Ferry in Battery Park. There, we viewed the Statue of Liberty from across the Hudson River and discussed the American Dream and if whether or not we  our ancestors wildest dreams come true. Next, we headed to Wall Street and were told the history of it, the symbolism of the bull statue and the phrase “When Wall Street sneezes, the world catches cold.” This means that when there’s a disturbance in the epicenter of the stock market, the entire world is affected in a poor way as a result. This led to a discussion on the current state of the American Dream and is it solely tied into wealth. 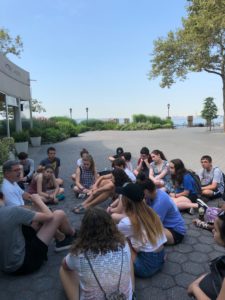 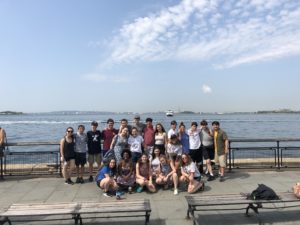 After Wall Street, we began heading towards the 9/11 memorial, and made a quick stop at Zuccotti Park and quickly discussed the Occupy Wall Street movement, and took a smoothie break at a nearby truck. As we walked towards the memorial, we passed the memorial for the firefighters who died that day doing their brave service. It was powerful to see people at their knees crying, whether looking at one photo or just at the heart-wrenchingly high number of photos. When finally arrived at the 9/11 memorial, we gazed in sadness at the empty print of a building containing so many left after the attack. I went off to find someone who was a close family friend, and found myself feeling the same anger I felt at Dealy Plaza in Dallas. At John F. Kennedy’s assassination point, I noticed people smiling and taking selfies ON THE X which marked where the bullets made contact. Here I saw the same thing, people smiling and taking obnoxiously large group photos, blocking the names of victims, sometimes 3 panels wide. It’s disappointing that so many people lack common courtesy and could be so disrespectful in settings of sadness and mourning.

Anyway, our group was invited to an Etgar alumni’s patio on 59th street to have lunch. We learned a lot of funny stories from his trip, including the time he fell asleep in the front row of a media seminar, wearing a Northwestern hoodie he wore specifically to impress the speaker. 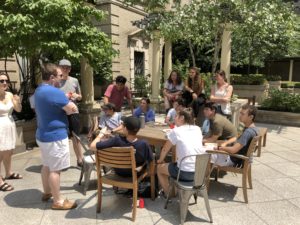 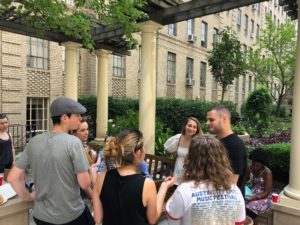 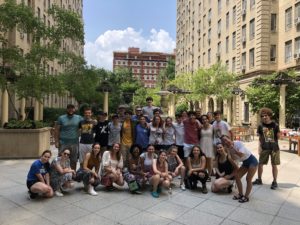 Then, we went to Central Park to relax on the grass for a few hours, listening to David Ippolito (That Guitarman of Central Park)who’s played guitar on summer Saturdays for years. We spent the rest of the day exploring New York’s treasures, visiting Chinatown, Little Italy, and the West Village. I’m from the Bronx, and it was cool to see new places I hadn’t even seen before like the divide between Chinatown and Little Italy. We were even able to see family for a few hours in the West Village! Today was a very fun and interesting day in New York. 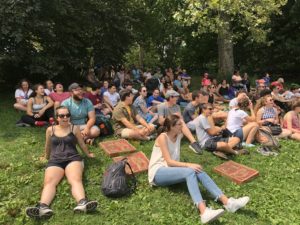 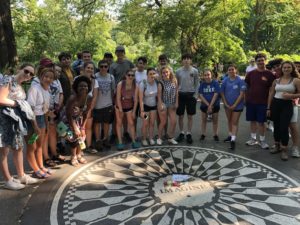 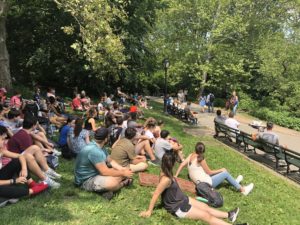 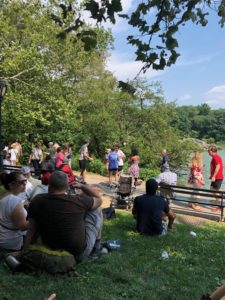