After a late, sleepy breakfast, we left our hotel at 9:00 AM and drove to Highland Park. On our way to the Highland Park Public Library, we took time inside the bus to observe the ornate orange memorials put up in honor of those killed this past Fourth of July. For me, driving past such a quiet, almost-deserted town made the effects of this recent shooting evident. At Highland Park Public Library we met with Henry Moss, a senior fellow at the Illinois Institute of Technology and advocate for the Citizens’ Climate Lobby. He advocates for a carbon fee, which will levy increasing taxes on fossil fuels over time to make clean energy more appealing. Most of the money collected from these fees will be given back to Americans via dividend to put towards clean energy products while the government will use the rest to invest in various forms of clean energy. Additionally, tariffs on imported fossil fuels and products manufactured with fossil fuels will encourage other countries to convert to clean energy. To finish, we discussed the differences between Representative Ted Deutch’s and Senator Dick Durbin’s proposed bills, which entailed how much money the government should keep from fees, and how we can get involved in the issue: contact our congressmen/women and join the chapter of the Citizens’ Climate Lobby nearest to our homes. Personally, I really anticipated this discussion because of its relevance to my generation and it did not disappoint: we covered almost all of the details of the carbon fee/dividend and the current proposed legislation. 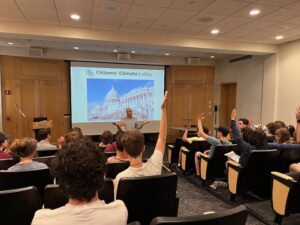 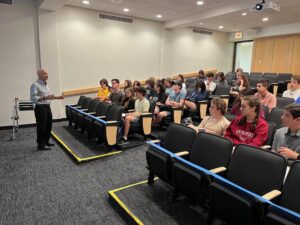 Once we wrapped up our conversation with Mr. Moss, we drove to downtown Chicago and had lunch at Giordanos, one of Chicago’s most famous deep-dish pizzerias. Despite the fact that many of us don’t believe deep-dish pizzas are pizza, it was fun to try one of Chicago’s most famous culinary staples. Following lunch, we took the twenty minute walk to Millenium Park, where we took pictures with Cloud Gate aka the Bean. 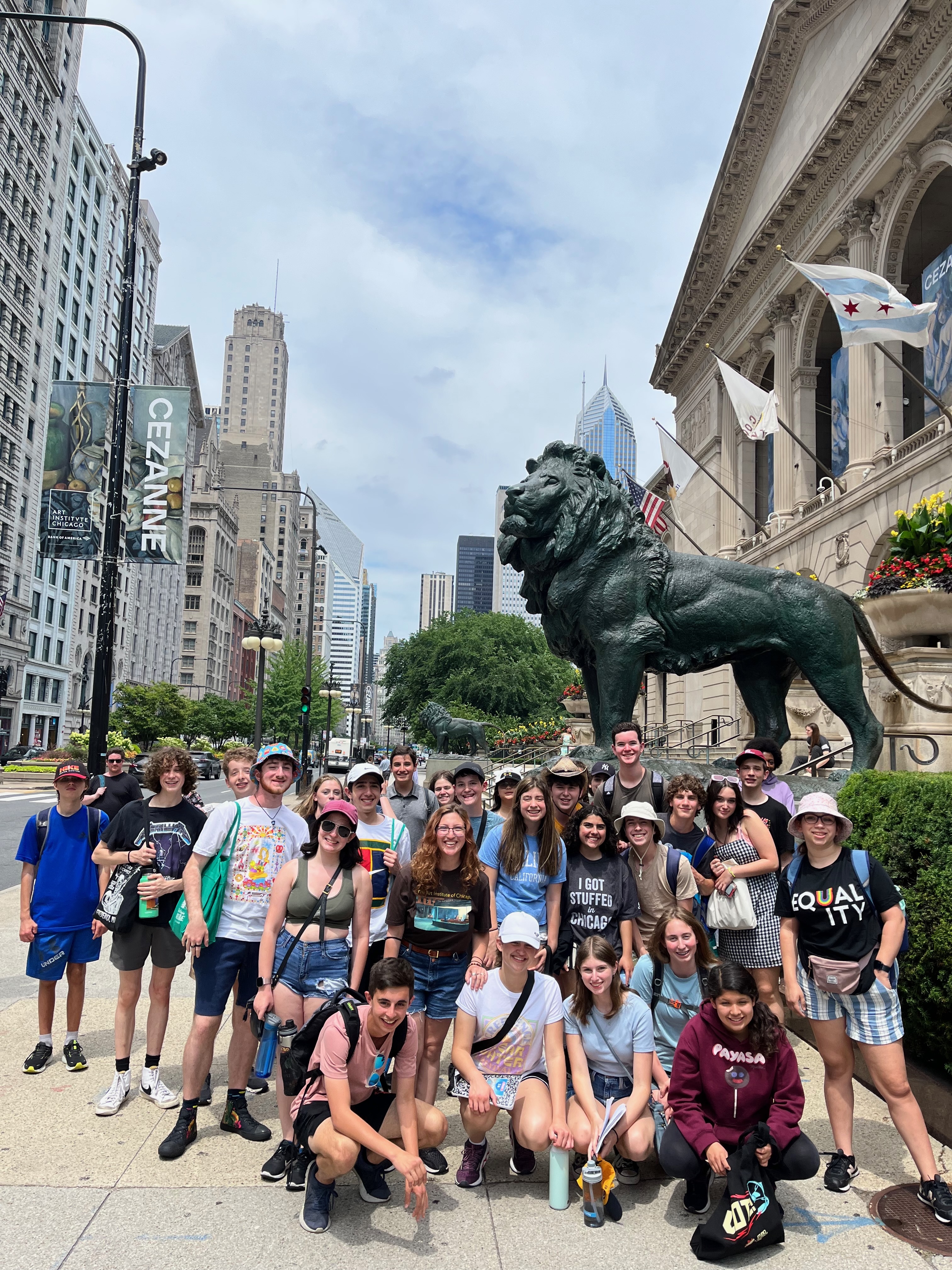 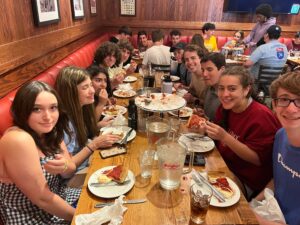 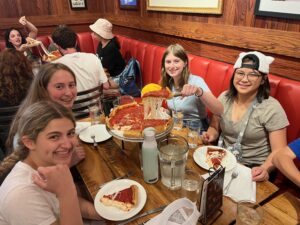 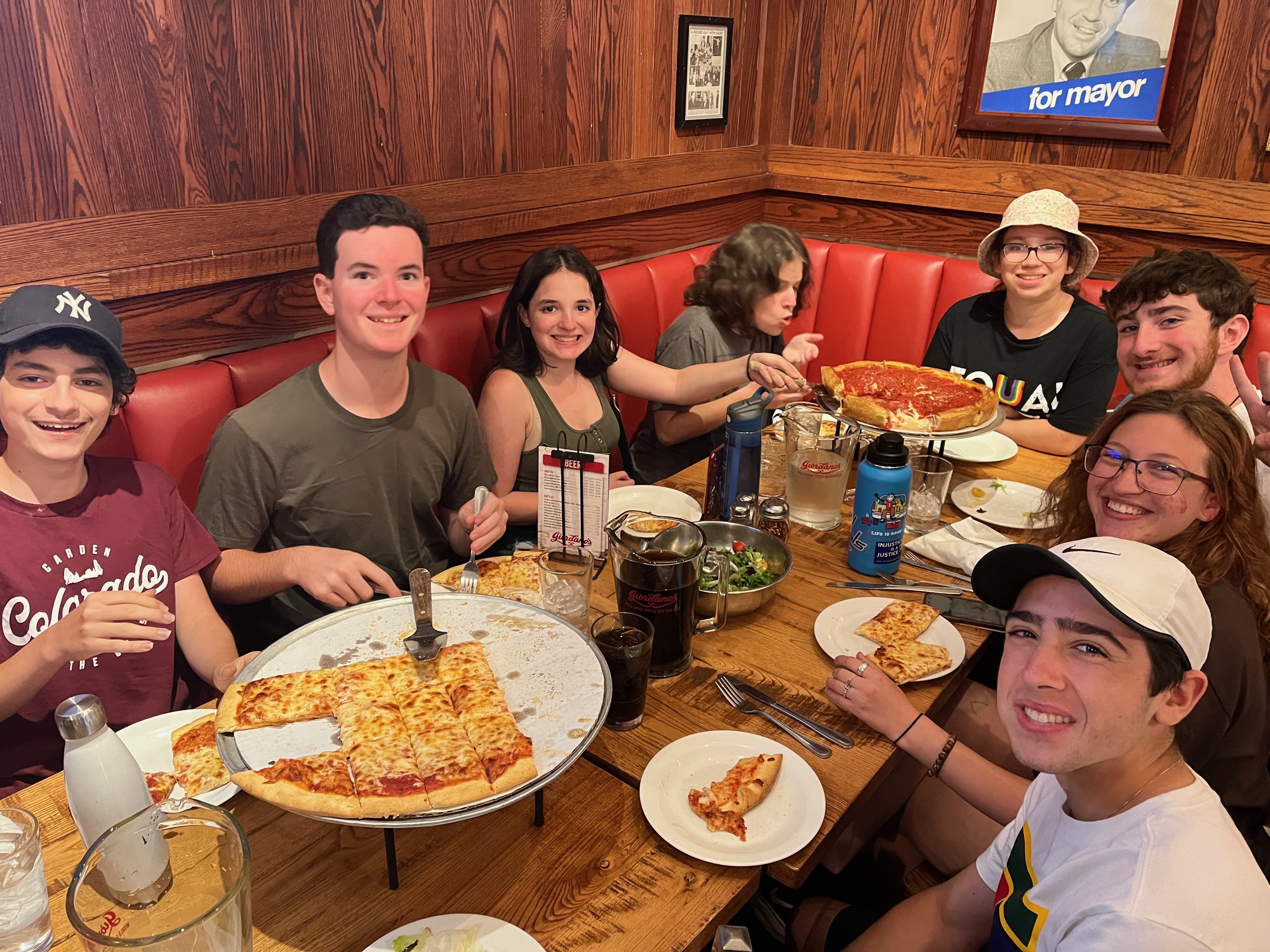 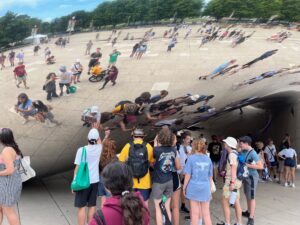 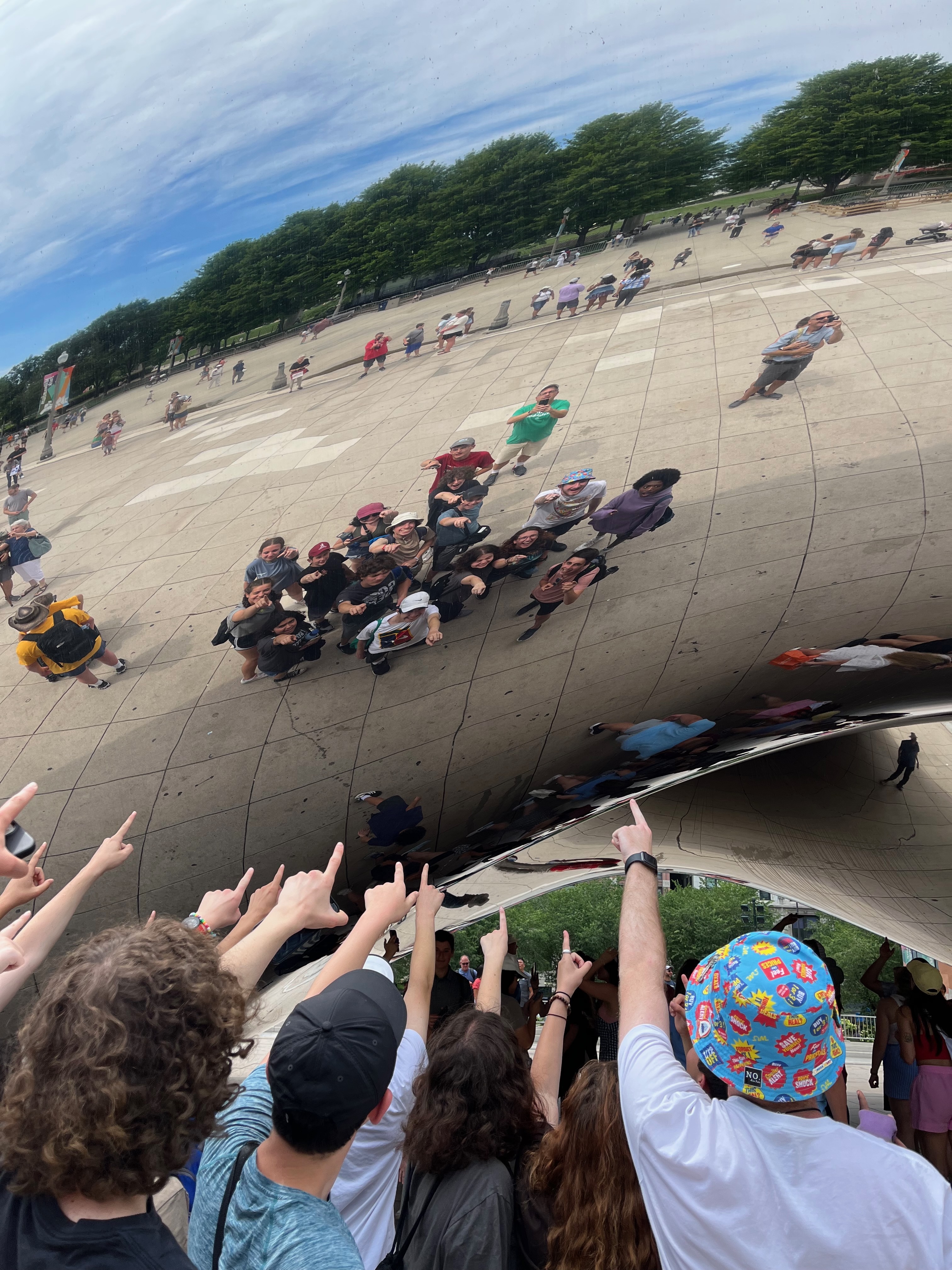 We then walked to the Chicago Coalition for the Homeless (CCH), a nonprofit organization that works to expose the flaws in Chicago’s current “solution” to homelessness: cycling homeless people from shelter to shelter, covering up the problem. While Claudia Cabrera gave us the general information about CCH and homelessness in Chicago, we heard Myron Byrd and April Harris’ stories: Byrd had to drop out of highschool to work to support his mother, yet ended up homeless and had to double up (live with others and help pay bills without being on a lease) until he was eventually able to find housing through the help of CCH. Harris, who was living in Pittsburgh’s section 8 housing (essentially the projects), had to leave with her family because of city/police corruption and death threats. Once in Chicago, her family moved from shelter to shelter, house to house until they were able to settle down in one home thanks to CCH. As someone who has experienced privilege, hearing Myron and April’s stories reminded me that in a country that leads the world in military spending and incarceration, our inability to take care of our homeless is appalling. 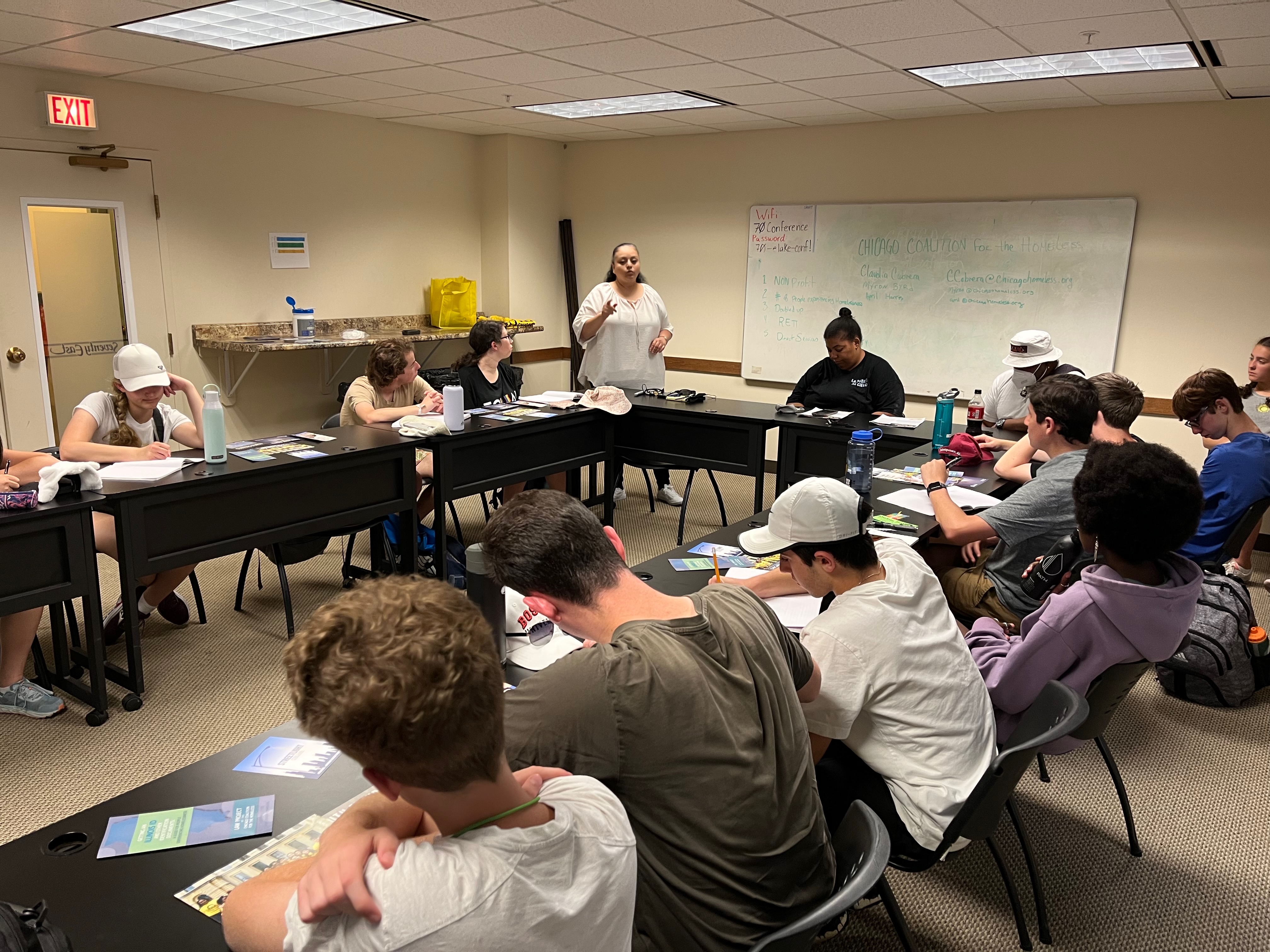 Then, we began the long drive from Chicago to Cleveland, taking a break for a hearty dinner at Cracker Barrel in Elkhart, Indiana, before getting on the road again to go to our next hotel.

Our last day in Chicago was definitely eventful, as we discussed two of the most prominent issues the United States and the world have been facing. Nonetheless, it’s reassuring to know that people are working to bring about lasting, effective, and humane solutions to these problems.