After a two hour drive into Ohio this morning, we arrived at Kent State University, where 9 students were injured and 4 were killed during a peaceful protest to the Vietnam War. We met with Chic Canfora, a student at Kent State during the 1970s whose brother, Alan, was shot through the wrist during the riot. She explained to us the exact events that took place on May 4th. After days of non-violent protest following President Nixon extending the Vietnam War (non-violent protest that brought the Ohio National Guard onto their campus), the students decided to have a peaceful protest using nothing but flags and their own voices. Nobody was going to get hurt. That was, until the national guard opened fire on the students for 13 entire seconds. Hearing this while standing on the place where it happened was heartbreaking, especially since I had never even heard of Kent State University before today. This seemed to bring us back to what Chic told us at the beginning of the talk, that when receiving letters from friends in the war, she was shocked to find that people did not want war, and that people just wanted to come back home. Chic also said that she wasn’t taught anything about the war in school. This connects directly to my experiences, as we’re closed off from so much information that our schools just aren’t teaching us. Whether that be gruesome but important history, or simple sex-ed. We need to be taught more of the truth, and we need to stop hiding from it. 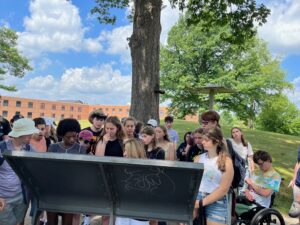 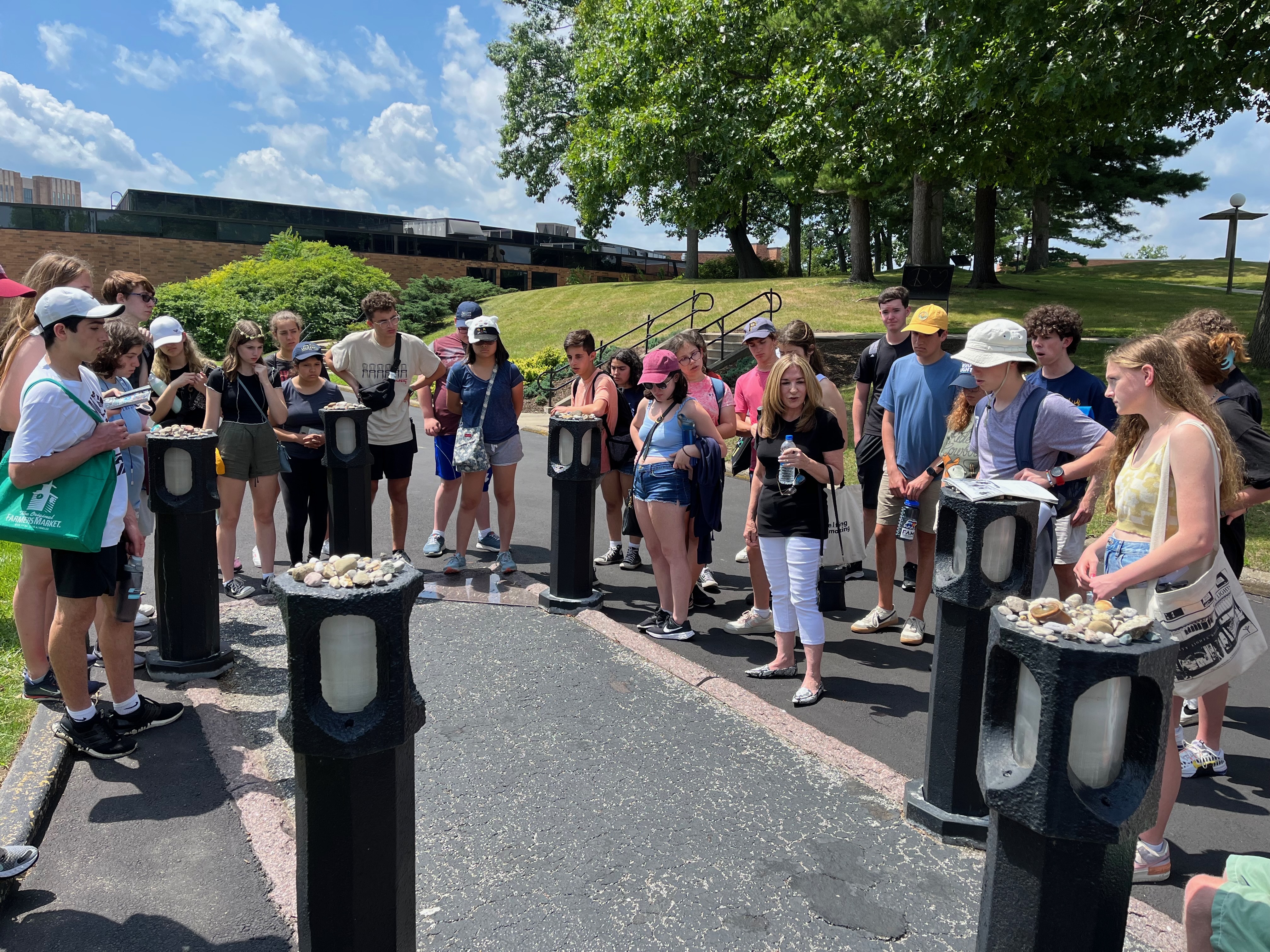 After that, on a lighter note, we went to the Rock and Roll Hall of Fame. I’m going to be honest – I’m not the hugest fan of rock and roll. (Billy, I’m so sorry that I will not do the museum the justice you deserve.) I was surprised to find, though, that while walking around, there was a booth that played somewhat contemporary music. I found a few songs that I liked in there, including Loser by Beck and Losing My Religion by R.E.M. This made me realize that my music taste ties into rock and roll, and just because I don’t like the classics doesn’t mean that they don’t influence the songs I do like. Afterwards, we had a group talk about how the two things we did today show how much power the voice has. We went around sharing song lyrics that speak to us, and I chose some from the song Brazil by Declan McKenna: “I’m gonna burn your house down to spread peace and love.” The entire song is about using religion and the supernatural to help in times of need. He shows how it can be exploited by people in power, and that they can be painted in a “holy” light. I believe that every song has a best part, and for me, it’s the one I quoted above. 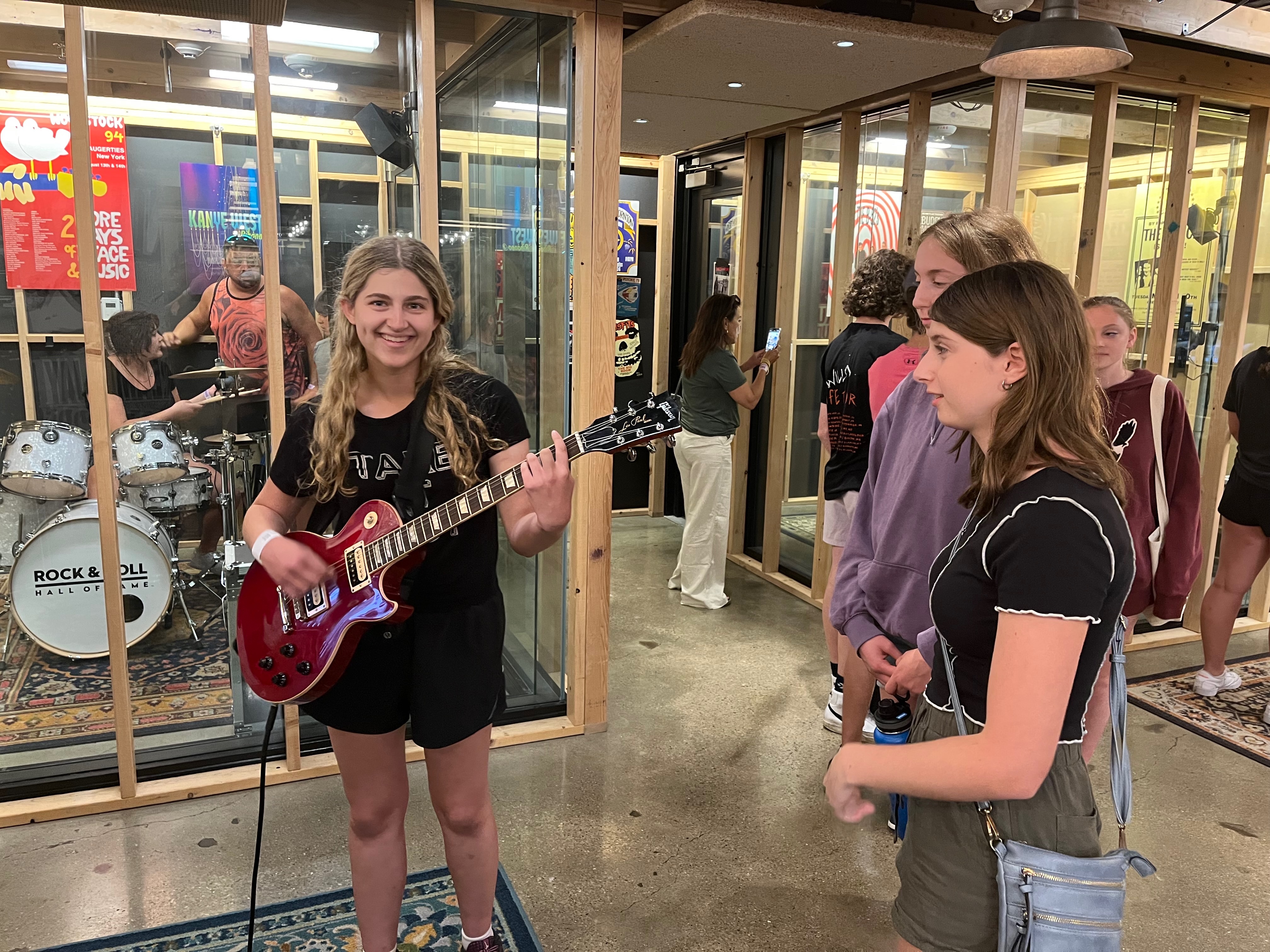 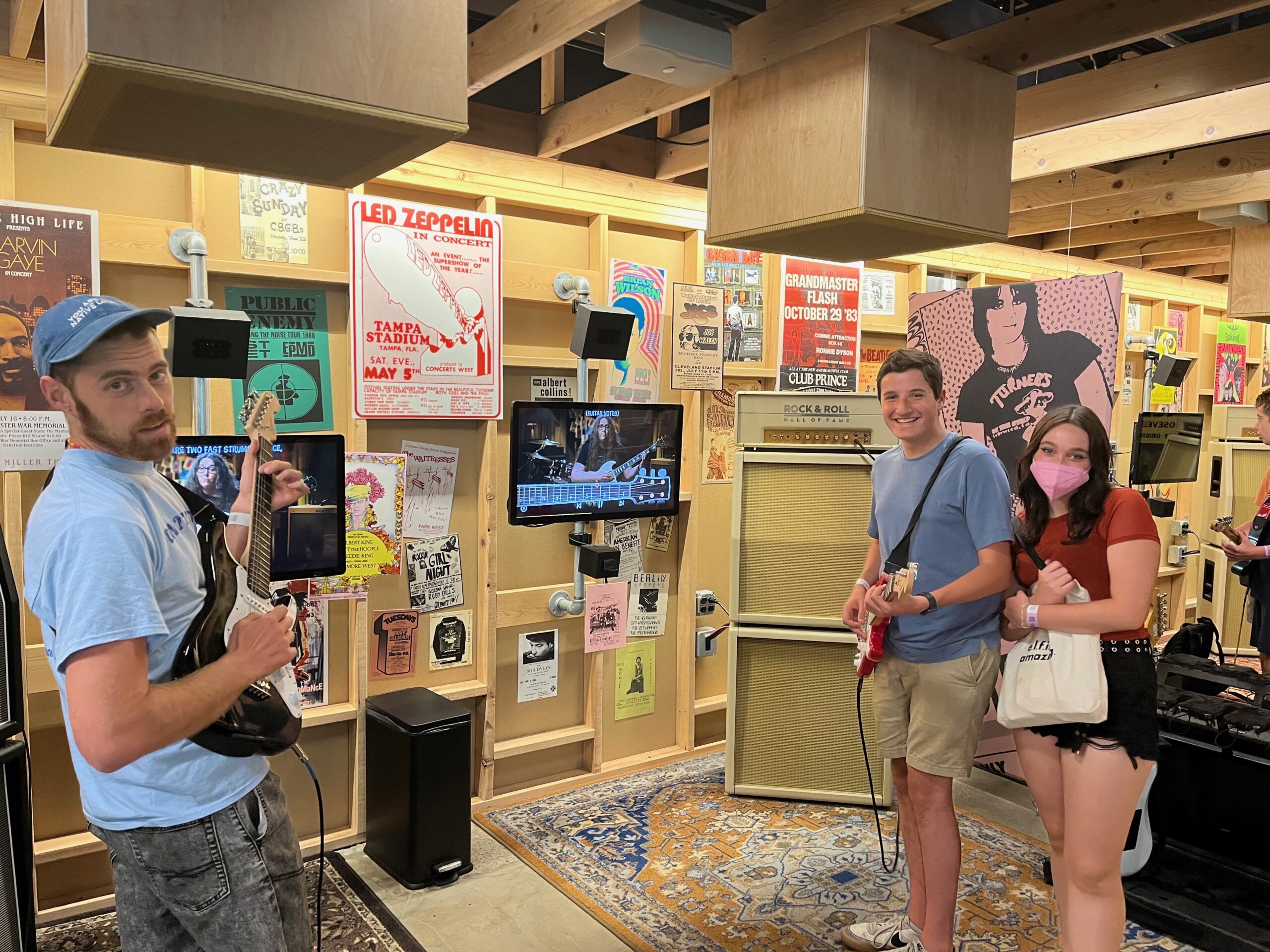