Early this morning, we got up and had breakfast before departing on the bus for New York City. We stopped about halfway through the drive at a Wawa for lunch before continuing.

Shortly after we arrived in NYC, we met with Ruth Messinger, an incredible woman who has worn many hats. She is an activist in a large breadth of issues: she led the AJWS, she ran for mayor of New York, and she continues to fight for the rights of all people. She gave us multiple pieces of sage advice, but one thing that stuck with me was how we had to be willing to listen and learn from those people we don’t agree with. That certainly reassured me that, in coming on this trip, I was taking steps in the right direction. 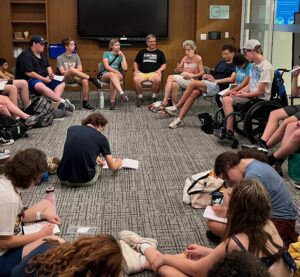 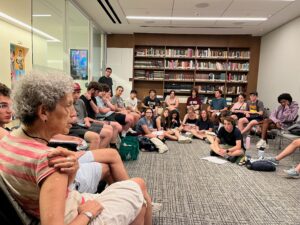 Tonight, we saw “Come From Away” on Broadway. Personally, I had seen the show before and was very excited to see it again. Seeing the show with this group was a different experience. It was nice to be in an audience that had so many people with similar senses of humor to my own. I remember when I first came to see the show, I was one of the only people that stood up at the end. This time, there was a real standing ovation. This was better. 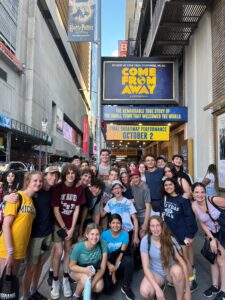