Today was a bit of a quieter day on the Etgar journey, advertised to us as a way to rest up before a very busy several days in  DC. But, that doesn’t mean we sat around doing nothing all day. On the contrary, this day was one of reflection, history, and of course, good food.

Our day started off a little sleepier than most, with us having to be on the bus ready to go at 9:30. We took a very short drive to New Haven, Connecticut and to Yale University’s main campus for our first activity.

After the events of the last several days, traversing the New York City subway, seeing a Broadway play, exploring many different neighborhoods, driving to Woodstock, and exploring and having discussions in Boston, it was time to take a step back for a bit and reflect.

We reviewed the activities of the last few days, seeing what stood out to us, and what we felt about it all. This group conversation lasted a while, with nearly everyone having the opportunity to share their thoughts more than once.

After this, we were released for some free time to go get lunch. We had the opportunity to explore the city of New Haven, with me personally taking a 20 minute walk to Sally’s Apizza, a pizza place often considered one of the best if not the best pizza restaurant in the world.

After lunch, we hit the road yet again, for a drive to Philadelphia. Once there, we had more free time for dinner at Reading Terminal Market, which had dozens of food options for everyone.

Afterwards, we met with friend of the program, former alumni, and former staff member Sam Forman for a walking tour around some historical Philadelphia sites. We saw the President’s house, where George Washington and John Adams lived for portions of their presidency. We talked about the ideal of American liberty while standing in a cramped slave’s quarters. We spoke about and saw the liberty bell, learning it’s rise to prominence during the abolitionist movement, and it’s continued symbol of American independence and freedom through the civil rights movement. We also walked next to Old City Hall, Independence Hall, and Congress Hall, learning more about Philadelphia’s time as the American capital. 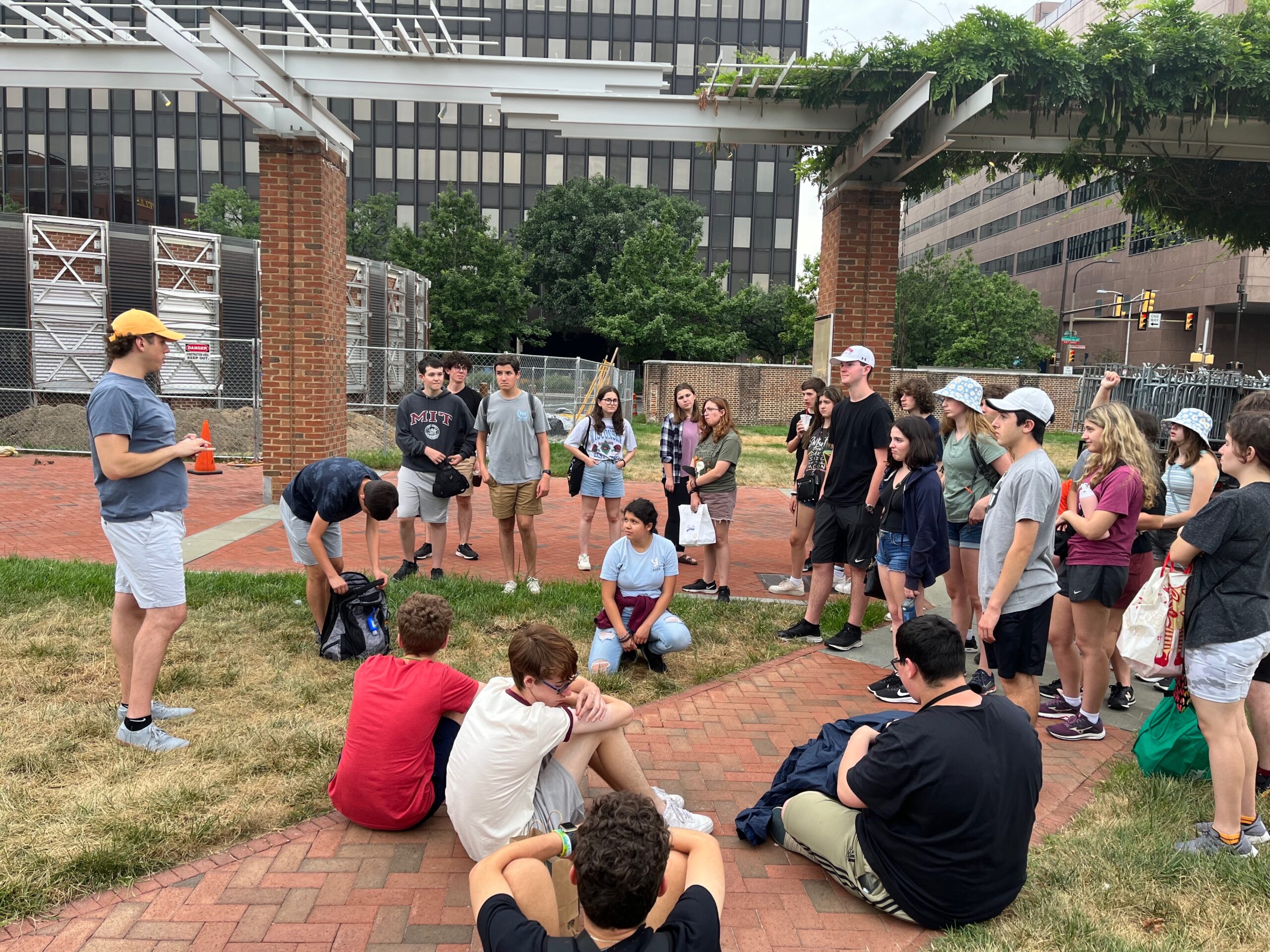 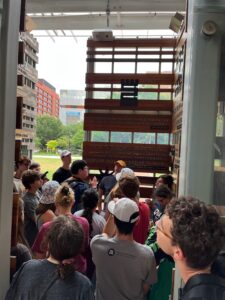 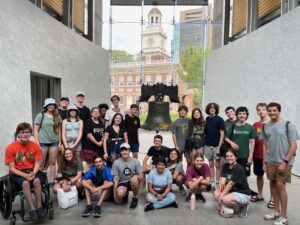 We then took another short walk to Mikveh Israel Synagogue, which was founded in the 1740s and is the longest running synagogue in the United States. We sat next to the Jonathan Netanyahu memorial, and learnt about the hostage-taking and killing of the Israeli delegation by Palestinian terrorists during the 1972 Summer Olympics. We also talked about the 1976 Operation in Entebbe, where the IDF rescued over 100 hostages in Uganda, and during which Jonathan Netanyahu lost his life.

Being in Philadelphia, we also took time to run the steps of the art museum, re-enacting the famous scene from Rocky. 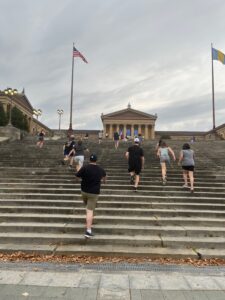 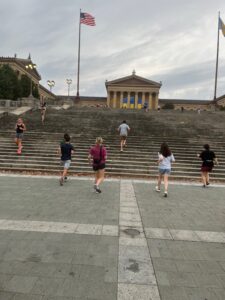 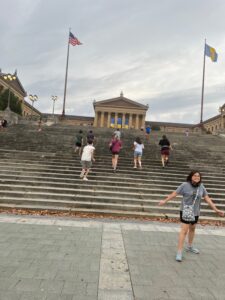 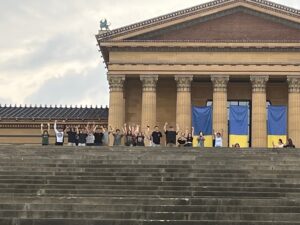 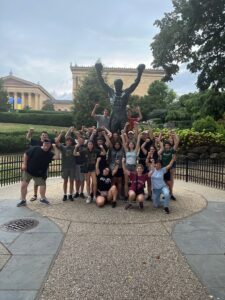 We ended our day at our hotel with our last framing discussion on our journey (the announcement of that reality received many sighs amongst our group). This discussion was led by the one and only Jared, and was focused on the legalization of marijuana. This was done in preparation with our meeting in Washington DC with NORML, a group that advocates for the decriminalization or legalization of marijuana. We established a set of facts, and made sure we were all ready for the meeting.

Overall, today was another great day on the Etgar journey, and we are all ready and waiting for whatever comes next.