We began today in Graceland (Elvis’s mansion) which was more extravagant than any home you have seen. The rooms were lined in chandeliers and other embroideries, including a living room designed to look like a jungle. Next, we traveled to Beale Street for lunch where myself and a few others went to a restaurant called Rendezvous, a place that wouldn’t serve anything before four, except for ribs. Don’t think that you would be missing much, however, because a small order would still give you about six ribs. 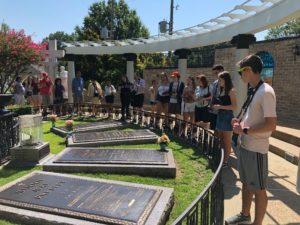 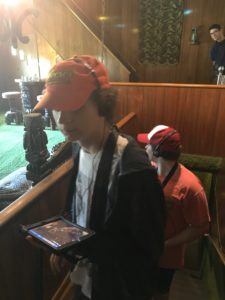 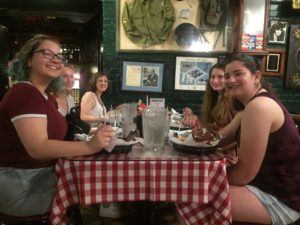 Once lunch was over we visited the spot where MLK died. Josh told us about the days and events leading up to April 4, 1968 and the immediate days following Dr. King’s killing. We then got to speak with a woman who was fighting against the Lorraine Motel being used as a museum. She argued that MLK would have wanted the spot to serve some humanitarian purpose, such as a food bank or shelter, and the museum was just another result of the city’s gentrification of the area. Personally, I didn’t agree with the extent of her argument because civil rights Museums serve to educate people about America’s history and open up a flow of discussion about racism and human rights. 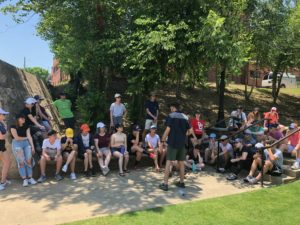 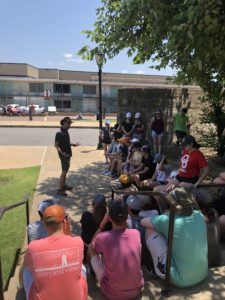 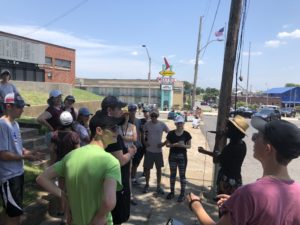 After returning to the bus we left Memphis and drove to Little Rock, Arkansas to learn about the Little Rock Nine. I enjoyed hearing more details about the individuals involved at the actual spot the events happened  instead of only learning of the process from books. Although history books provide valuable facts, they lack the human connection that is gained from seeing the school in person. 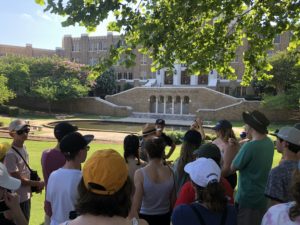 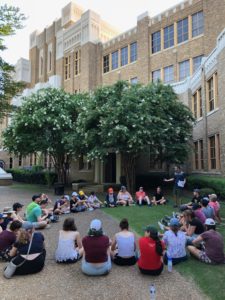 Back at the hotel we spent some time relaxing and swimming in the pool – very refreshing in the Southern heat! We ended the night by having a group discussion about the topic of abortion to get us ready for our meeting tomorrow with Pro Life Texas. Lastly, we went to go see the Little Rock, which contrary to popular belief is not a pebble, but a rock about half the size of a person. 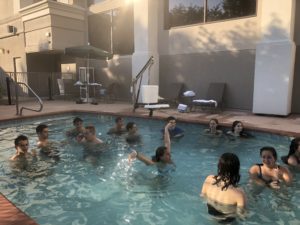 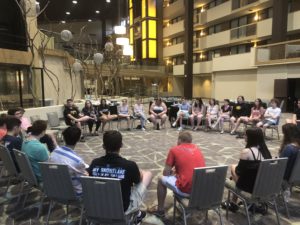 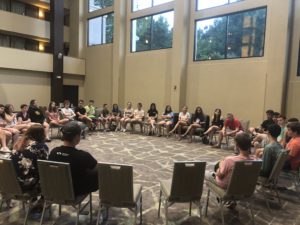 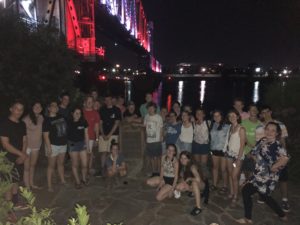 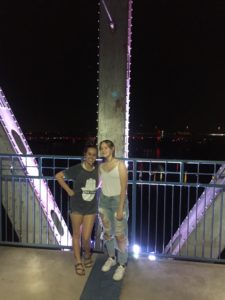