We started the day on June 26th by riding to a museum on Rosa Parks. I found it really interesting that I had always been taught that Rosa was an old woman, when in reality, she was only 42. It makes me wonder why she’s been portrayed as an old woman to so many people and where that disconnect began. The museum featured an interesting art exhibit. The thing that shocked me was that some of the pieces included authentic Ku Klux Klan robes and hoods. Every time I think about it, I’m amazed by Rosa Parks’s quiet confidence. She had to be so brave in order to refuse to move, even when she knew that there would be immediate negative repercussions. 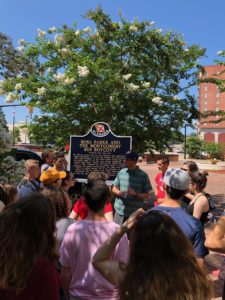 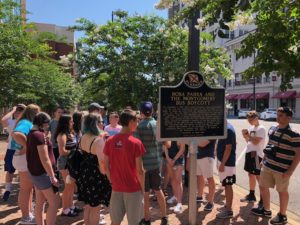 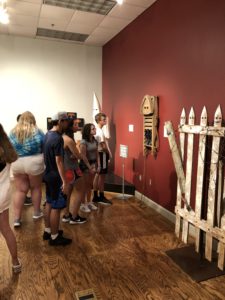 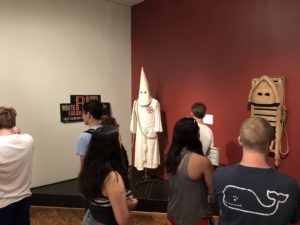 Next, we went to lunch at Martha’s. I was born and raised in the Deep South, and I can honestly say that this is some of the best soul food I’ve had since Queenie’s in Atlanta closed. After lunch, Martha herself came and talked to us. She told us how she opened her restaurant after being discharged from a psychiatric hospital. Her admittance was the result of a suicide attempt, but she went from welfare to being a successful entrepreneur. I really appreciated her being so open about her mental illness because there is such a stigma about it, and unless we talk about it, nothing will ever get better. As we left, she hugged each and every one of us. 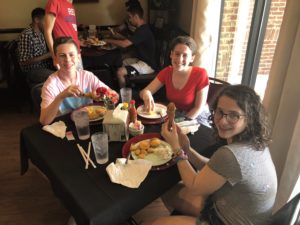 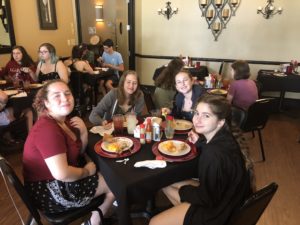 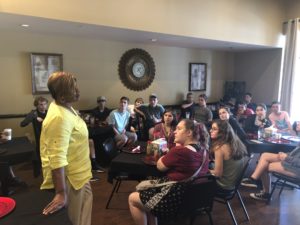 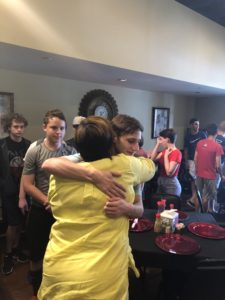 We drove to Birmingham and stopped at the 16th Street Baptist Church. I remember a scene from Selma where you see the four little girls who were killed walking up the steps and talking about how Coretta Scott King does her hair. Then the screen goes black and the girls are dead. I couldn’t stop replaying this scene. It’s just horrific that people were able to commit atrocious acts like this and get away with it. We crossed the street and talked to the Bishop Woods, a major figure in the Birmingham civil rights movement. He sang songs with us and told us stories about Dr. King and the kids who protested in Birmingham. It was really amazing to see how the other people in the park recognized and spoke to the Bishop, and many stopped to hear him speak. 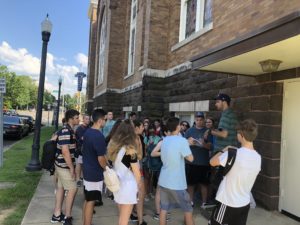 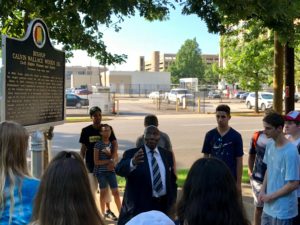 We went to dinner at the Pizitz Dining Hall. Back at the hotel, we relaxed and swam and spent a long time joking around and talking politics. We ended the day with Billy talking with us about the history of rock and roll and the intersection of politics and music. It was a really great day, and I learned a lot while bonding with my fellow travelers. 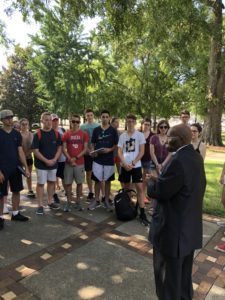 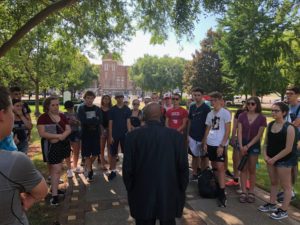 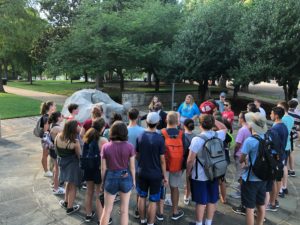 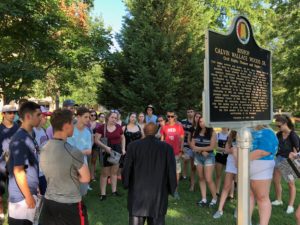