We began our day by waking up at 7:00 and driving four hours to Zion National Park. On the way, we watched the documentary Food Inc. about modern food production and agriculture. The documentary was very eye opening because it detailed the way that cheap food is produced and the means corporations go to in order to produce food more efficiently. We stopped for lunch at Denny’s before heading on to Zion National Park.

We took a shuttle bus to the Narrows and walked along a trail overlooking the Virgin River which carved out the canyon at Zion. The iron in the rocks gave them the red color, and we could see the different layers of rock revealed over millions of years by erosion. 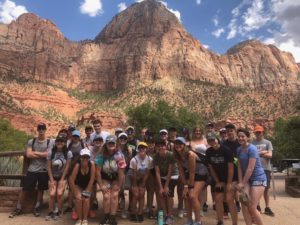 We stopped to swim in the river which was pretty cold, so only a few of us actually got in the water. It was very refreshing after the hike. After swimming, it started to rain and we headed back. We stopped to listen to Rachel’s talk on water scarcity in America including the Flint water crisis. One point that stuck with me was that we often view water scarcity or pollution as an issue that only affects a small number of people; however, this problem affects far more people than one would think. 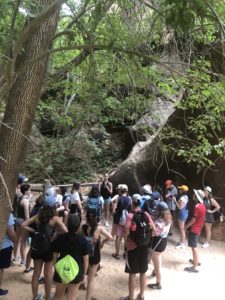 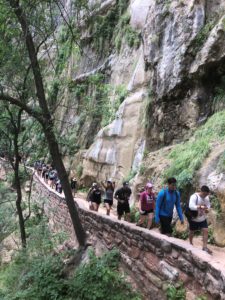 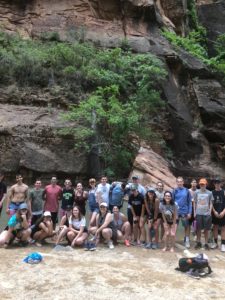 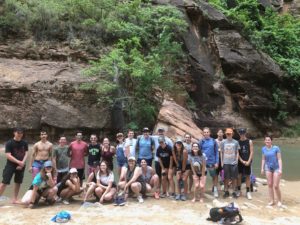 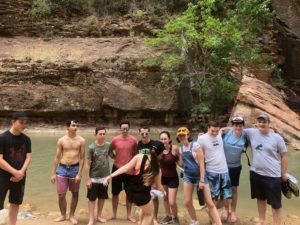 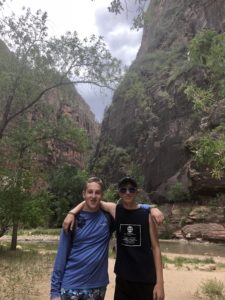 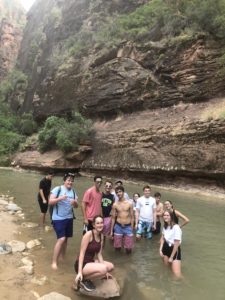 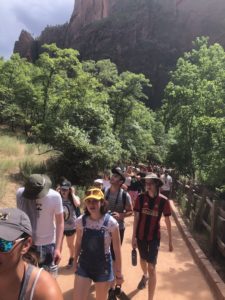 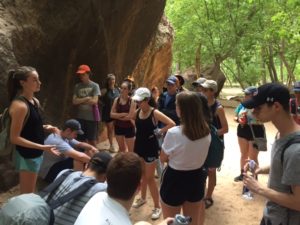 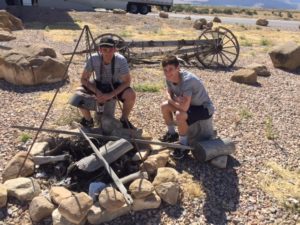 After the hike, Josh led a discussion about the positives and negatives of the National Parks system. Parks provide people with health benefits, bring in economic revenue, help the environment, and preserve history. On the other hand, some would say that the land could be put to better use in the private sector.

We drove from Zion to a park for dinner, and we had a Reconstructionist service with Scott Fried. He led an exercise where we said something we admired about the person next to us. Then that person had to respond why they had that quality. This was a meaningful way to conclude a more introspective day. 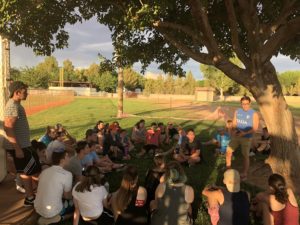 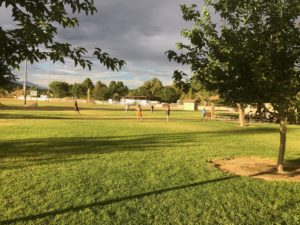 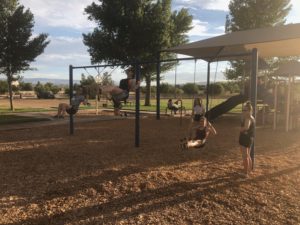