The morning began with a 7 a.m. wake up call caused by burnt toast. Such that, the patrons of our lovely Baymont Hotel traipsed down to the lobby due to the presence of a blaring fire alarm. After our departure, we made our way back to the city and met with Amber Smock from Access Living who spoke to us about accessibility for the disabled and the history of similar foundations. It was interesting for me to learn about different ways in which people plan buildings and rooms to be as accessible as possible for many different kinds of disabilities at once. 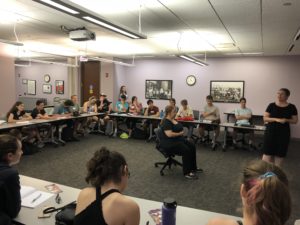 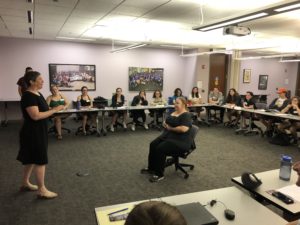 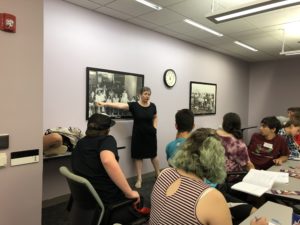 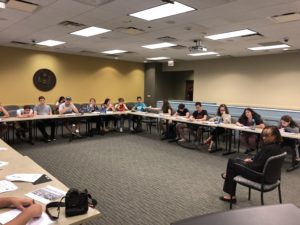 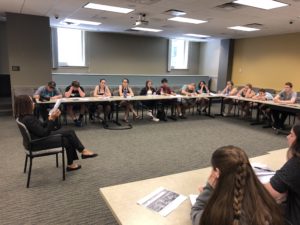 After eating lunch at the Water Tower Place, the bougiest mall most of us had ever been to inside of, we drove to city Hall and participated in an engaging meeting with Sandra Henry, the head of sustainability for the city of Chicago, where we talked about the city’s plans to cut carbon emissions and reduce the presence of greenhouse gases. This talk made me think more about how difficult it can be even just to make the most simple of changes in such a large and complicated city.

After, we walked through the city on our way to the historic Grant Park where we learned about the 1968 Democratic convention, the riots that happened where we were sitting, yippie movement, the rise in political interest among youth surrounding the Vietnam war and the election results. 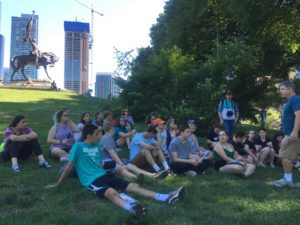 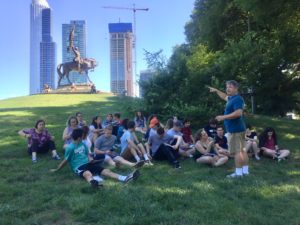 Our day came to an end as we boarded the bus and headed toward our hotel in Toledo, Ohio, but not before stopping at the holy grail of fine cuisine, the backbone of America, the one and only Cracker Barrel.