Today we got out of Dodge to go to Denver. We had subway for lunch and then got back on the bus to go meet with the director of marketing and community relations at the Food Bank of the Rockies, Janie Gianotsos.

At the food kitchen we learned a lot about the hunger problem in America. Janie explained that the Food Bank of The Rockies has done an incredible job and helps around 500,000 people every year. We were astonished at the number of people who are food insecure in America. It is 1 in 8.  Throughout our time on the trip, we have collected the excess money that we don’t spend on food to donate to the food bank. They provide 4 meals out of every dollar, so even a quarter can help feed someone. 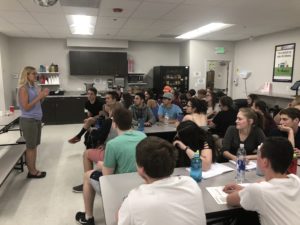 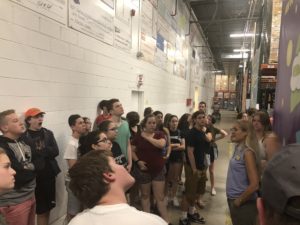 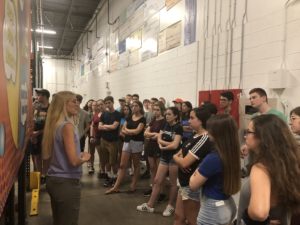 Right outside the food bank we had a conversation about a topic that is very important to me, gun reform. I was a volunteer in the March for our Lives Parkland rally because I was so closely affected by the shooting at Marjory Stoneman Douglas High School. Later on, we will be meeting with strong believers on both sides of this argument which is why we are preparing by having discussions that highlight the left and the right. Everyone had very interesting points to add to the conversation. We talked about everything from the number of guns and deaths in the United States , to the purpose of guns and their role in terms of the citizenry and the government. In my opinion, guns should be regulated but not banned completely, as it is currently too easy to obtain a firearm in many states. 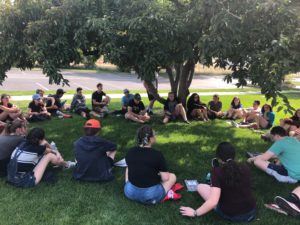 After this, we drove to 16th street mall where we hung out and ate dinner for a couple hours. The food was delicious, and the weather was nice which made walking around easy. We also went to Billy’s favorite bookstore, Tattered Cover, where my friends bought a couple books.

Finally, we went to Lakeside Amusement Park after dinner which had plenty of fun games and very bright neon lights. Unfortunately, our trip was cut short after only a couple rides due to a storm. 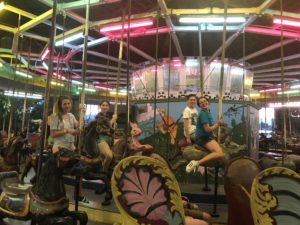 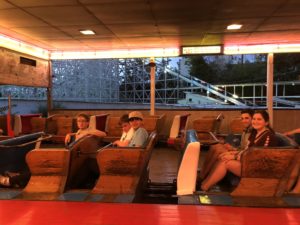 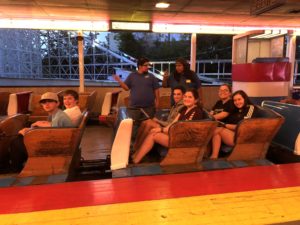 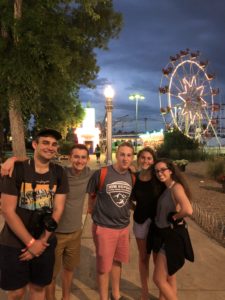