The day started off with an adventure to the Culinary Academy Of Las Vegas where we met with a representative to talk about the labor unions that they represent. This was was really interesting because they represent the “invisible people” aka the people that work behind the scenes such as chefs, house-keepers, and other positions. Visiting the Union really brought the situation more to my level. I never really think about who is cleaning my room or making my food but this visit made that connection for me. They represent  33 hotels/casinos in the Las Vegas area which means they need a MASSIVE amount of workers. It’s reassuring knowing that they are protected with the union. It teaches them how to become housekeepers, Stewarts, chefs, and bartenders and also teaches English. It was surprising really interesting when we got to look at different replica hotel rooms from around the Vegas area including the Caesar’s Palace casino and Tropicana hotel. The house-keepers would get to practice of rooms from actual hotels in Vegas. The union takes in about 1700 students a year and around 100 at a time to teach basic skill. It really taught me the crucial role that Union’s play, especially in Vegas when there are so many workers that reply on the Union. 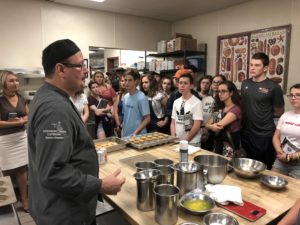 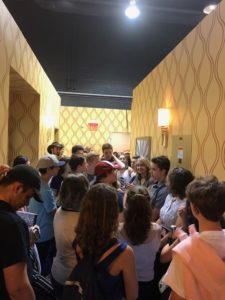 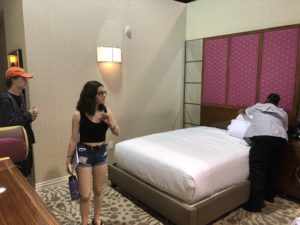 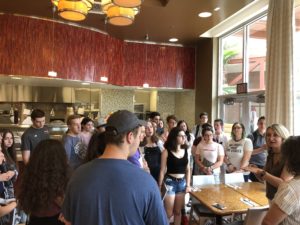 Next, for lunch, we went in to In N Out and got some classic west coast fast food. The burger was delicious and I also got the privilege of running into an individual from Dayton (my home town).  We also got to enjoy some A/C as it was 110 outside. 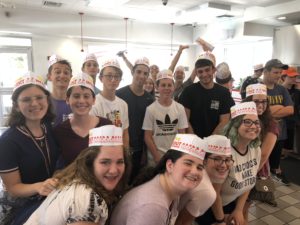 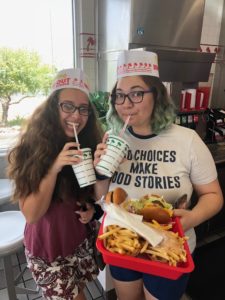 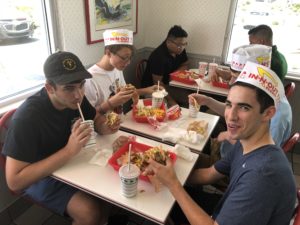 Then, we had a meeting with Tea Party. The speaker represented the “Congress of Racial Equality” of Nevada. They believed in fighting in “self-determination”. They referred to “Uncle Tom” as the term used by liberals that call black people that support the Republican Party. This led me to ask the question, “Was it racist for the Tea-Party to ask Obama for his birth certificate?” The answer they gave was long and tied with a story but long story short no it wasn’t. They gave us their view as a conservative group that supports less government regulation and less taxes. This was interesting as I am around many conservatives back at home but to challenge someone who does this for a living was helping me for being back at home around people I don’t necessarily agree with. I’ve learned that debating isn’t about winning the other person over but it is about learning the other side better so you can challenge them on something you don’t agree with. I felt most of his answers did address my question but some I could tell he was stumped. 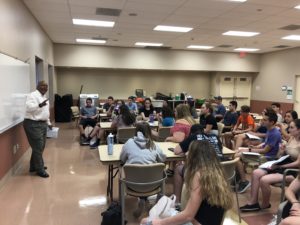 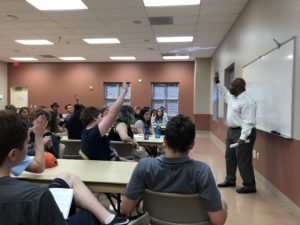 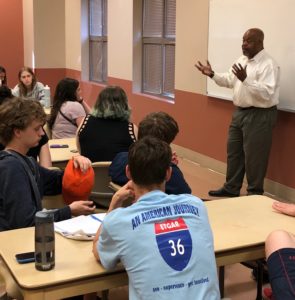 For leisure, we attended the Blue Man Group show which was super fun. The Blue Man Group was simply incredible to watch and to see them create music and get the audience involved without even talking was amazing. They gave us yellow bands to rap around our head and the blue men came over to the different rows in the audience. It was a day of multiple different discussions but was very productive in learning about issues that are so prevalent in Vegas (unions) and more national issues like the Tea Party. Viva Las Vegas! On to LA 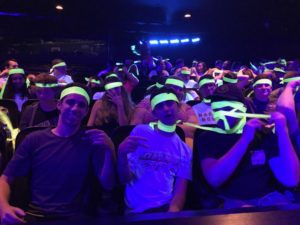 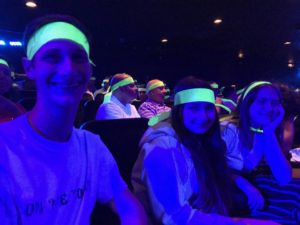 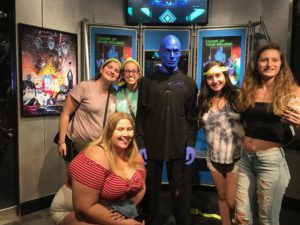