At 8:30 on Friday, we headed over to the Heritage Foundation in Washington, DC. The Heritage Foundation is a conservative think tank that does research on policies, and we discussed income inequality there. Although I didn’t agree with what was said, I learned more about the views of others, who I normally would have ignored or not have been open to listening to. This reflects our theme of DC, which is “A More Perfect Union” as well as “how could you hate me if you don’t even know me?” After going to lunch and saying farewell to Sophie, we explored this theme further. 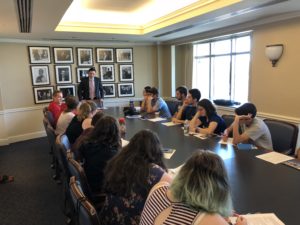 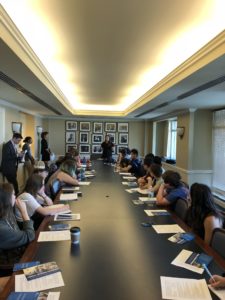 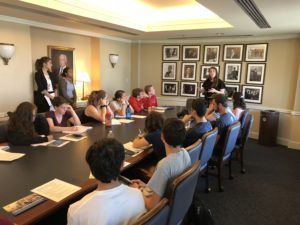 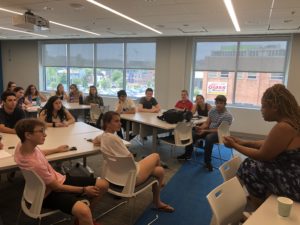 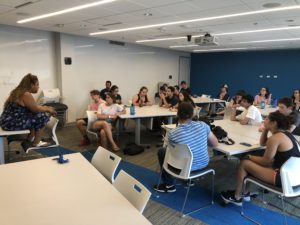 We went to a local bookstore and coffee shop known Busboys and Poets to discuss our past few days in DC: from meeting Senator Joe Manchin, to discussing marijuana legalization with NORML. We had dinner and then went to a modern orthodox service in Georgetown. 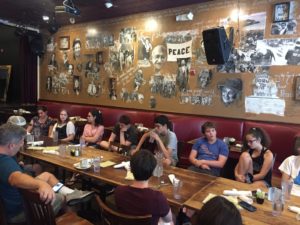 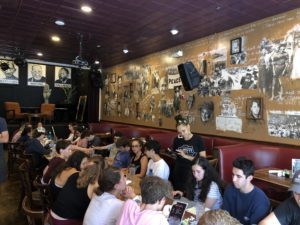 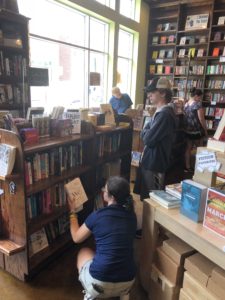 At the end of the day, we learned more about people that we would have originally been opposed to. I wouldn’t have ever been open to the Heritage Foundation, but I still managed to learn from them. Today proved that it’s important to meet someone to gain a reason to hate them or not hate them. 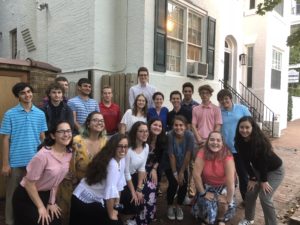 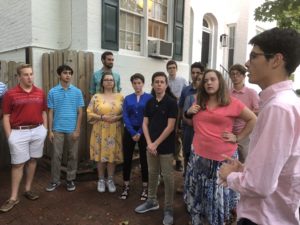