At NORML (National Organization to Reform Marijuana Laws), we met with Keith Stroup. NORML lobbies for responsible marijuana smokers. They believe that smoking marijuana should not be a crime. I feel that marijuana should be legalized because other drugs, such as alcohol, are legal at an age limit. However, if marijuana is legalized then there should be an age limit to who can buy it because it can mess with a person’s brain, so their brain should be fully developed before usage. 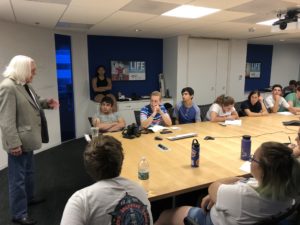 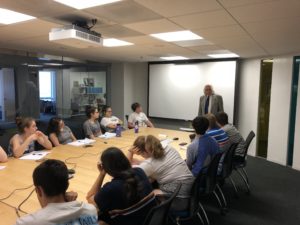 After, we met with Senator Joe Manchin, a senator from West Virginia. It was very interesting to see politics from the inside especially speaking with someone so high up. He was very inviting when we entered because he shook all of our hands. He answered our questions about what he felt about various issues and policies. One response he said regarding the pro life-pro choice debate was, “I am pro life.” I disagree with this response because I am pro choice. It was confusing why he believed that because Senator Manchin later talked about the situation as a hypothetical scenario. Therefore, I am not sure why he believes that. 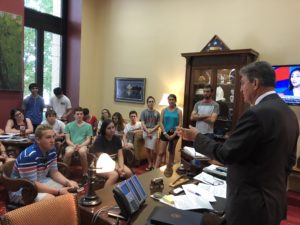 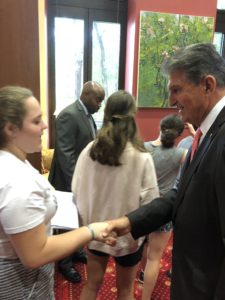 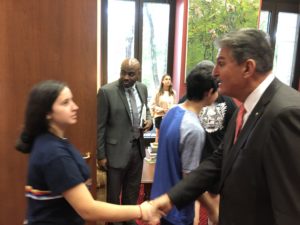 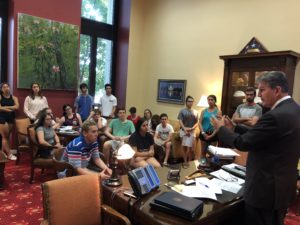 We then had lunch in the China Town area. After lunch, we met with Rebecca from Greenpeace. They are an international organization that helps protect the planet. They focus a lot on water, especially saving whales and preventing plastic from getting in the water. They also protect forests and are very big on the pipe line issue.  I liked how they want to keep the earth clean, but they don’t do the actual cleanup. For example, they help prevent plastic from getting in the water, but they don’t help clean the contaminated water. 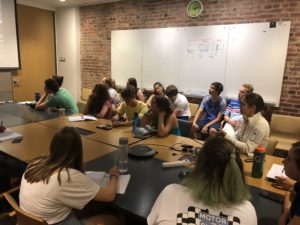 After Greenpeace, we went to meet with Kyle from J Street. J Street is pro Israel and wants peace for Israel and Palestine. They want Israel to be “secure, democratic and a national home to all Jewish people.” I think that the world would fall apart if it weren’t for Israel, so I agree that they should be at peace with Palestine. 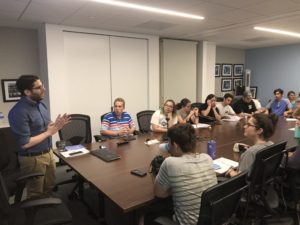 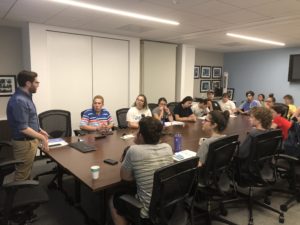 For dinner, we had free time in the Georgetown area. After dinner, we went to the National Mall to see the World War 2 memorial, Korean War memorial, the Lincoln memorial, and the Vietnam memorial. Because it was dark out, all the memorials were lit up which made it more meaningful and powerful. The memorial that meant the most to me was the Korean War memorial because it had statues of 38 soldiers and their petrified faces were in the light, which really showed the emotion of the soldiers. 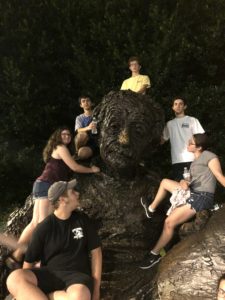 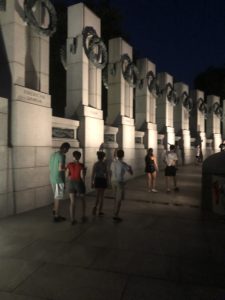 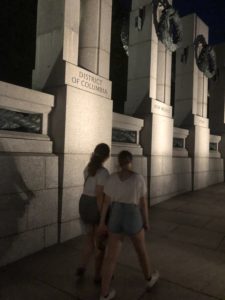 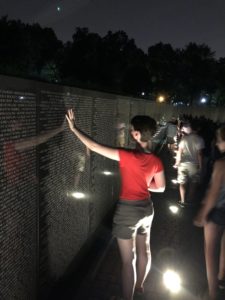 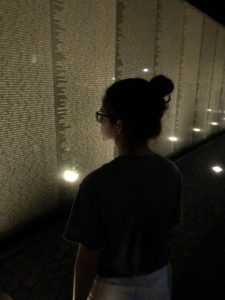