We started our day by heading back into downtown Philadelphia to go to the Constitution Museum; a fitting place to visit during our time in Philly. We watched a short presentation on the history of the Constitution, and then proceeded to walk around the museum at our own pace. The top floor consisted of a timeline of our country’s history that relates to the Constitution, which circled in a loop around the second floor. I really liked walking around and reading the history, and I also enjoyed going against my trip mates in a game of Hamilton trivia (my team won!). It was also cool to see the statues of the signers of the Constitution. 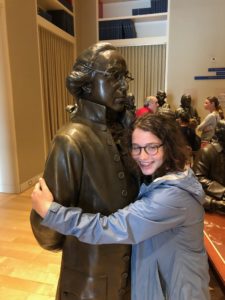 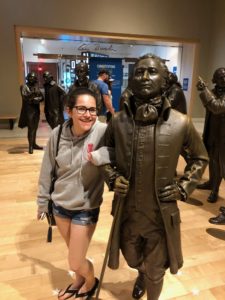 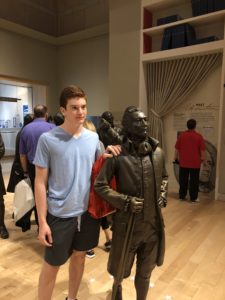 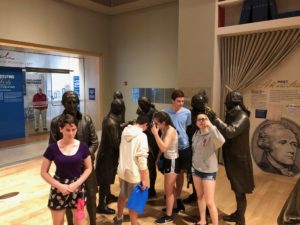 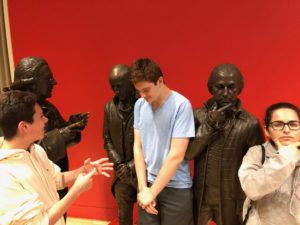 Afterwards, we met up with Sam, a former staffer from 2014 and alum of the 2011 trip. He took us on a small tour of a few historic landmarks, such as the statehouse and Independence Hall. Then we walked over and saw the Liberty Bell through the glass, and we got a bit of background knowledge on the famous bell from Sam (did you know the last time it rang was for George Washington’s 100th birthday celebration?). 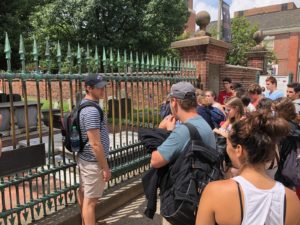 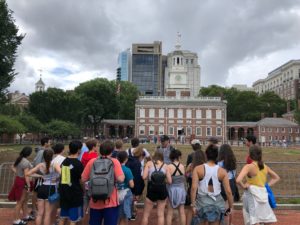 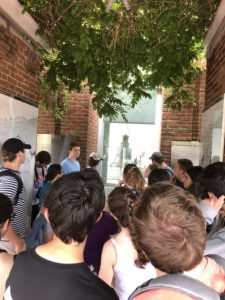 We then made our way over to Reading Terminal market for lunch, which was a really crowded place with lots of cool food stalls to choose from. Since I had had cheesesteak the night before, I didn’t want to chance ruining my experience. My partner and I picked a burger place, which was pretty good! We also went to the Amish donut place, which was AMAZING! I loved my peanut butter chocolate donut.

Before we left Philadelphia, we had to make a stop to run up the famous Rocky steps! 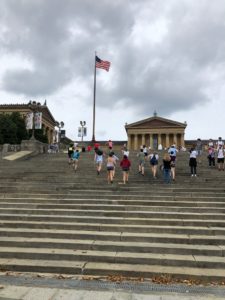 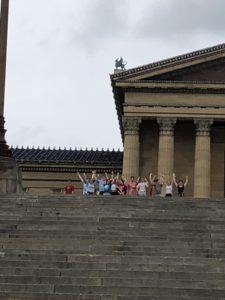 We made our way back to the bus, and then headed to my home and the Capital of our country, Washington DC! The ride there was smooth (although we did get stuck in beltway traffic around 5), and we got to Springfield in time for a dinner at the mall food court with a bit of free time before meeting with Daryl Davis – a black man who has befriended members of the KKK. 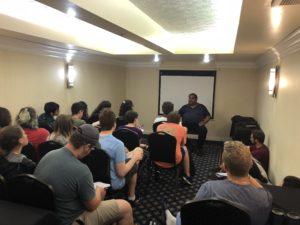 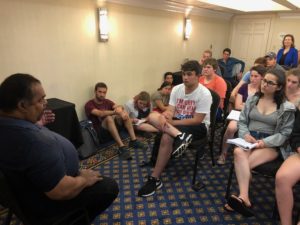 Daryl Davis lived all over the world up until he was 10 because of his parents’ jobs. He came back to the states and his family moved to Boston, just in time for him to go into 4th grade. He noted, “the education was so bad, that students were learning the ABC’s in 4th grade.” When Davis told his parents this, they immediately moved to a different part of town, where Davis attended a great school where he was one of two black students in the entire school. Davis joined the Boy Scouts during the same year, and at a parade, he experienced people throwing things at him, and only him. He told his parents, and they explained what racism was. At first he didn’t believe it, but later the next year, Martin Luther King Jr. was assassinated. Davis also told us about his time getting to know a klan member, which was the result of him writing a book about the KKK. It was interesting to hear about the interactions between a klan leader and a black man. Davis explained that after two years of just getting to know Kelly, the Klan member changed his mind about a lot of his beliefs and left the Klan. One thing that Davis said that stuck with me is “from ignorance stems hate, and from hate stems destruction.” We don’t have to agree with people on everything, but we should learn from their side, so we can better get along with and respect people. 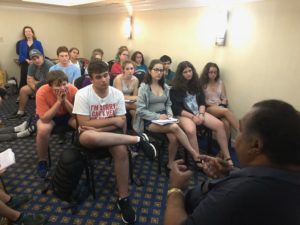 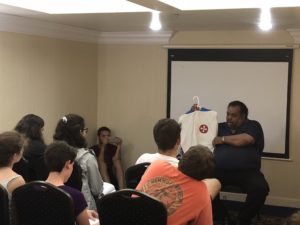 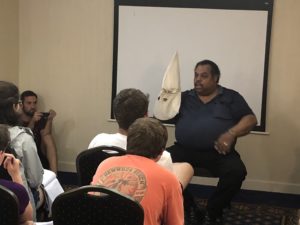 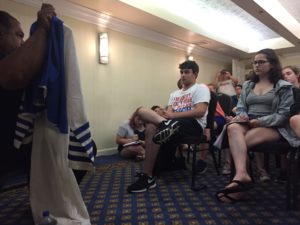