The day began like any other: breakfast in a hotel followed by a bus ride, ranging from normal to long.  Our first stop was Kent State University, where we met with Alan Canafora, a survivor from the shooting.  We learned about the events leading up to the shooting, and what happened specifically on that day, followed by the the limited aftermath. Included in this aftermath were the shrunken-down memorial and the National Guard attempting to justify the shooting.  Alan’s words captured the emotion of that day; the confusion, the fear, and the shock.  The spots where the victims were shot were designed specifically to send emotion into those viewing it.  For example, we walked in the direction that the troops went, which did capture their point of view, and standing where the victims were shot really put things in perspective. 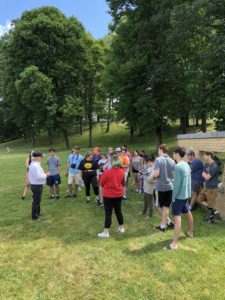 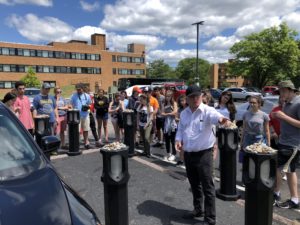 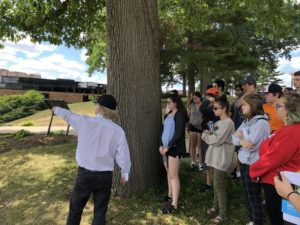 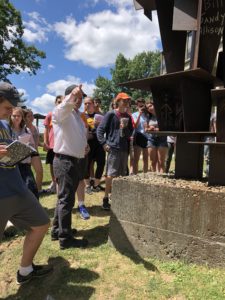 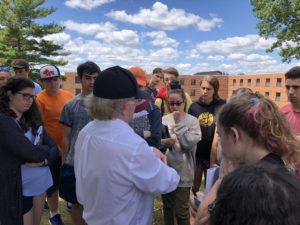 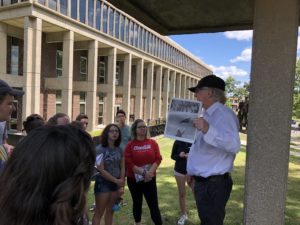 We then drove to the Rock N Roll Hall of Fame, where we spent approximately two and a half hours there. We began by meeting with Mandy Smith  the Director fo Education, who spoke with us about the intersection of music and political activism. Then we had time to explore the Hall and checking out items and relics. Bands such as AC/DC, Led Zeppelin, Lynyrd Skynyrd, Pink Floyd, Queen, Aerosmith, Black Sabbath, and The Clash were all in the Hall, and new inductees for this year included Dire Straits And Bon Jovi.  One particular reason as to why I loved the Hall of Fame was because as someone who is into the genre of rock n roll, the Hall was like a blessing.  Seeing items from the bands such as Guns N Roses and Aerosmith themselves was incredible, and catching their names on the walls was truly a sight to see. 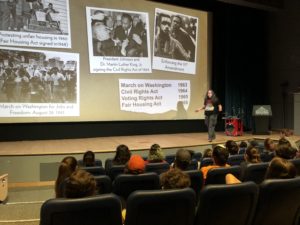 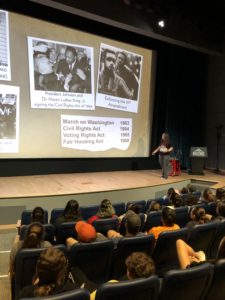 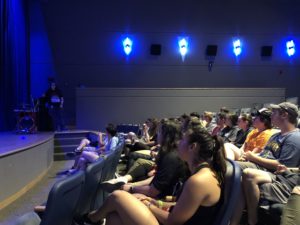 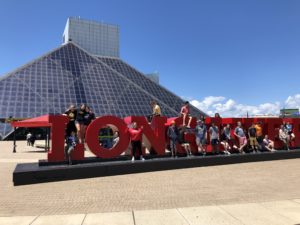 For dinner, we got grilled cheeses from Melt Bar and Grill, which were really messy, but still good.  Finally, we stopped at our hotel for the night, as we prepared for our journey for New York City, as we re-approach the East Coast.