We started off our day by visiting the Seattle Public Library. There, we met with a man named Leon Veal, who learned to read and write at age 44. When he was a child, he was socially promoted in school because the teachers didn’t want to spend the time working with what they thought was a “useless case”. This resulted in him missing lessons on how to read and write. Eventually he dropped out of school and managed to get some jobs, without having to read or write. It was shocking to me that someone could go to school and get by without knowing how to read for write since it is something that I’ve known how to do almost my whole life. After getting hurt on a job, Leon finally accepted the help of a tutor once a week and he eventually learned how to read. He got a job doing outreach for Project Read which assists people in learning how to read. 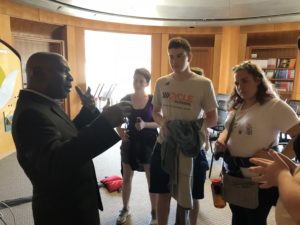 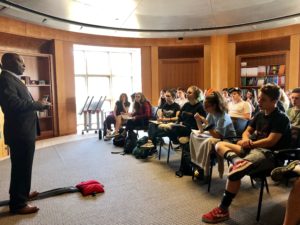 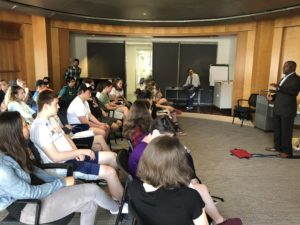 After speaking with Mr. Veal we made our way toward UC Berkeley. There, we had time to get lunch and roam around. After we had eaten, we went to Sproul Hall and sat on the Mario Savio steps. We met with David and Maya Smith. After graduating college, where he became an activist against the rising costs of student housing, he started Mobilize America’s Youth. This was an organization to help young people get involved in the issues that impact them. Maya Smith also helped run Mobilize but now runs Lady GaGa’s Born This Way Foundation that works on helping people be more kind as well as break the stigma of mental illness. After they spoke about their work, we talked  about student power and Mario Savios’ famous speech “put your bodies upon the gears.” It reminded me of the protests that are currently happening. It blew my mind that the student power movement started where I was sitting. I thought about what I would’ve done if I had been there when Mario Savio had been there. 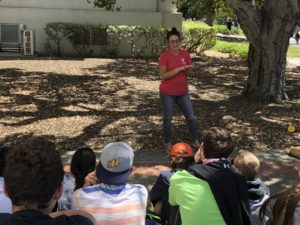 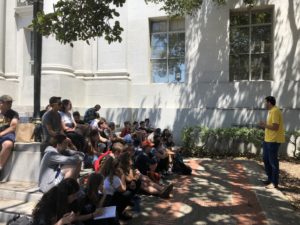 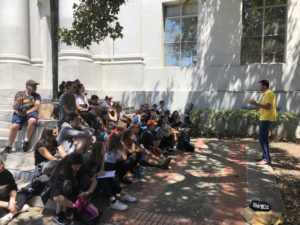 After we finished our discussion, we were given time to walk around on Telegraph Avenue where we also met a man named Osha Neumann. Mr. Neumann is an activist and attorney, who originally had attended Yale university to pursue his PhD, but ended up leaving when he decided he wanted to be an activist and help people. He is famous for his mural on Telegraph Ave. which depicts many of the events following Mario Savio’s protest. 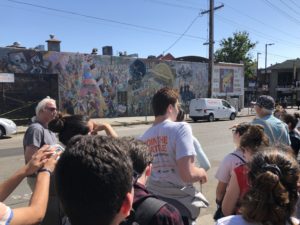 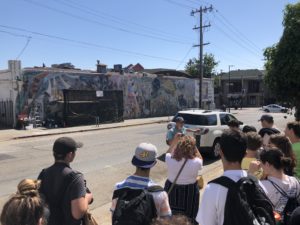 After speaking with Osha, we took the San Fransisco metro (the BART) to the mission. The mission is a predominately Hispanic area where we got dinner and explored. After we ate, we made our way to services. When we got to the building that services were held in, the first thing I noticed was the mural on the side of the building that was full of color. We entered the building and were led to a room with thirty or so chairs set up in rows. The night consisted of lots of beautiful singing and melodies. It made me think of my synagogue at home, and of one of the reasons I love Judaism so much. The fact that a group of teens traveling around the country can just walk into a synagogue and be able to follow the service and be able celebrate Shabbat, even if it’s with total strangers. 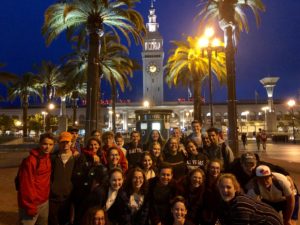