The second day in New York City began with wake up at 6:45 AM. After meeting downstairs at 7:45, we got another opportunity to sample the New York City public transportation by taking the crosstown bus to the Upper East Side for breakfast. We were invited to the home of Teri Volpert, which was quite large. Their family was very hospitable and treated us to a traditional Jewish breakfast of bagels and lox.

Once we finished breakfast, we continued to learn about our theme of the American Dream and what it means to be home by going to the American Jewish World Service and speaking with Joe Giendi. We learned about how the main goal of the AJWS was to end poverty in the developing world. He also went in depth about how they try to realize their goal with what they call a “grass roots” approach, where they have people in 19 priority countries throughout the world stationed in a country to study the best way to help. Some of the issues they try deal with are sexual health and rights, civil and political rights, natural resources rights, and resources to be used for disasters. After we discussed their purpose, we had a discussion on how their programs relate to Judaism.  We read segments of the Torah that discussed how we should love both our neighbor and the stranger as we love ourselves, and we tried to explain what that meant. It was interesting to hear about how our religion calls us to action to help those who need support even if we do not know them. 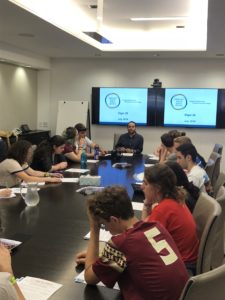 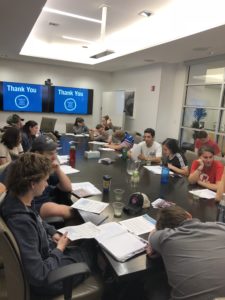 After the discussion, we went further downtown to Greenwich Village for lunch, which was followed by a Muslim prayer service at NYU. It seemed a bit odd at first, as it was quite different from what I am used to in services. The men and women were separated from each other, and we had to take off our shoes and sit on the floor. For the most part it started in silence, with a few people around us muttering prayers, until the prayer leader, the Imam, began to speak. He lead some prayers in Arabic, and he also discussed some of their meanings and how they could be interpreted, and how we can take those lessons with us and apply them in our everyday lives. I was surprised by how much humor he used as he spoke to us. 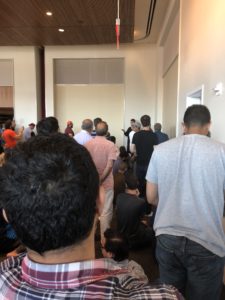 After the service, we were there to witness a conversion. We then proceeded to speak with Faiyar Jaffer on his experience with being a Muslim in the United States. He spoke about how when he was speaking with a class one time and asked them what first comes to mind when they heard Islam. The vast majority of the responses were negative. He also spoke of how he tries to find a way to give his daughters a life where they won’t need to experience being judged for their religion. Later, he spoke about how he views himself as an American, but he is still is viewed as a person of color and a foreigner by people who first meet him. 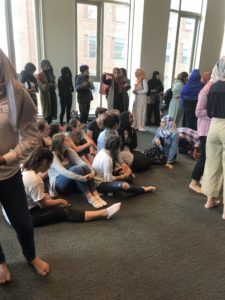 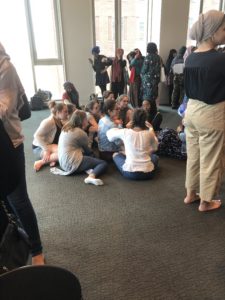 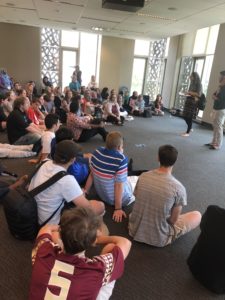 After going to NYU, we went back to the hotel for two hours to have free time and prepare for the Fridaynight service at Bnai Jeshrun. While it doesn’t officially align with conservative Judaism, the service was the most similar to that style. The service was very nice, with a lot of unique melodies to very familiar prayers. This helped the service stand out to me. It was also nice to return to a more familiar structure of services, though, and have the opportunity to share Shabbat with a larger congregation.