We started off our day with a 6:30am wake up call, in order to get us rolling out of bed and into the Big Apple. On our way, we experienced wawa’s, I wasn’t a big fan, but everyone else really enjoyed it. Once we got to the city, we met with a man named Evan Wolfson who led the campaign called “freedom to marry” which advocated for marriage equality. This particular subject was very interesting to hear about because I am very dedicated to treating people the way you want to be treated and strongly believe in everybody having equal rights. Another subject that came up was the separation of church and state, it was very inspiring to finally meet with someone whom I share beliefs with. 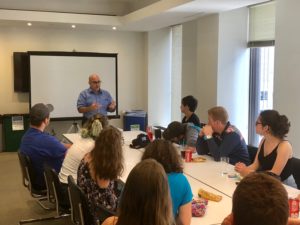 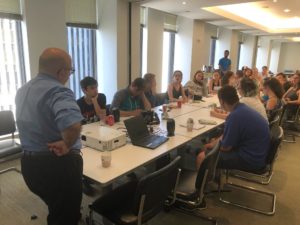 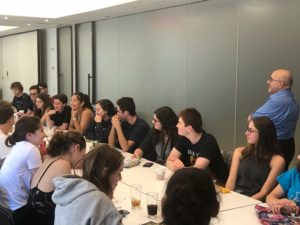 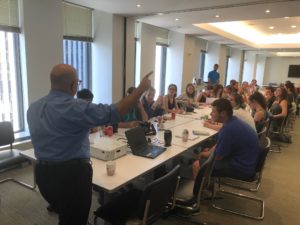 After the meeting with Evan, we headed to an area around the theatre for some free time for dinner in which I shared a delicious donut. FINALLY, it was time to see the tony award winning best musical, “Come from Away”. Having a technical background in musical theatre, I pay attention to aspects of shows that many people don’t pay attention to such as the changes in the lights or the set. This musical is based in a town in Newfoundland, Canada that is hit with an overflow of airplanes due to the 9/11 attack on the Twin Towers. Pilots are told to land their planes in a remote town called Gander where the population is basically doubled due to the fact that so many planes had been relocated. For me, this show was very mind opening and really showed how much fear has an impact upon people especially during times of crisis. This was also a culture shock because I would never expect such hospitality for complete strangers, reminding me that the little things are what make interactions with people so special. 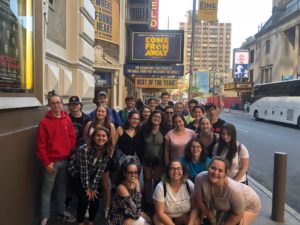