We started off the morning with breakfast in the hotel. Many of us were exhausted due to the almost 16 hours of traveling from the day before. Later, we set off into the city of Chicago to talk to the National Immigrant Justice Center. Many of us tried to sleep on the bus since there was a lot of traffic on the way there.

At the National Immigrant Justice Center, we spoke to an immigrant lawyer named Lee and a paralegal named Evan. Their organization mostly assists immigrants that are in the LGBT community or immigrants who are HIV positive. They serve nearly all low income clients since immigration law doesn’t provide you a lawyer as criminal law does. They explained to us how there’s a few different ways to achieve immigrant status which includes: through family, if you’re a victim of assault to a US citizen, if you’re a victim of trafficking, and a few others. Evan and Lee cleared up that even though many people believe there are loopholes in seeking asylum, there are no “asylum loopholes.” With media drawing a lot of attention to family separation lately, they told us about how Jeff Sessions declared a zero tolerance policy stating that anyone who illegally crosses the US boarded should be federally detained. Since NIJC is a non profit organization they tried not to give away their political opinions, however it was very clear that they fell out on the side of helping the immigrants and protecting their rights. 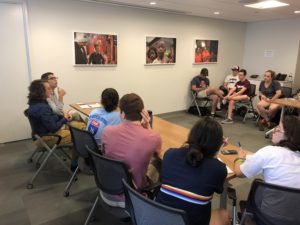 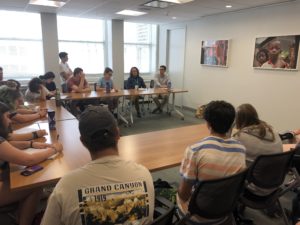 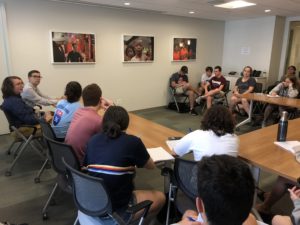 Next, we headed down the street to Mayor Rahm Emanuel’s office. Mayor Emanuel is known for working in the Clinton administration along with being the Chief of Staff during Obama’s presidency. As soon as he walked in, the Mayor just asked for our questions. I asked a question regarding a cop shooting that took place on Saturday in Chicago against a well known barber which he immediately shut down and told me to look at the video clip of the shooting. He talked about how proud he was that he helped pass the Brady Bill along with a 1994 crime bill. He says even though he is proud he helped pass those, 30 years from then, he might have done things differently. He also managed to significantly raise Chicago’s employment and graduation rates. 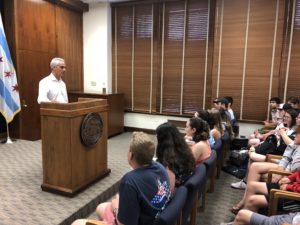 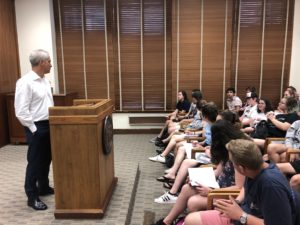 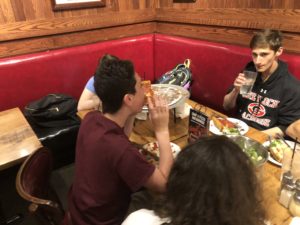 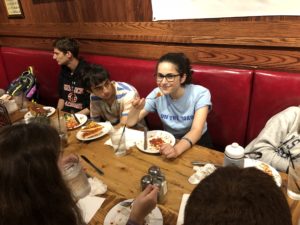 After that brief meeting with mayor Emanuel we headed to the Chicago Art Institute. The artwork in the museum varied significantly: from modern art to African art, to paper weights. After about 20 minutes of exploring the museum, I quickly realized how big it was and it felt like a maze to get out of. 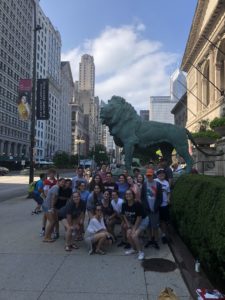 Etgar 36 then headed to Lake Michigan to relax. The waterfront had a great view of Chicago’s skyline, but the water was slightly green. 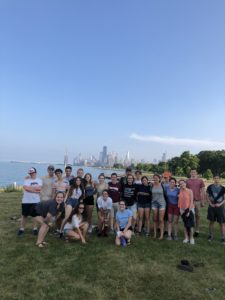 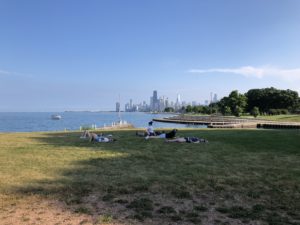 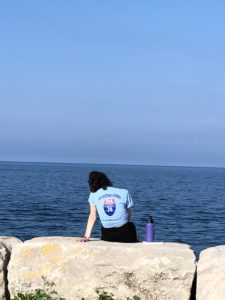 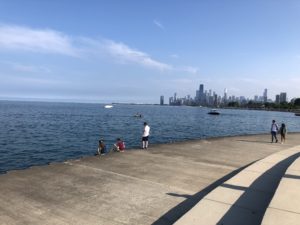 We then headed to an improv comedy club, an art form that Chicago has been a center of,  for dinner and some laughs. Even though the improv comedians worked very hard and were great, the audience that got the biggest kick out of the show were slightly older than most of us. 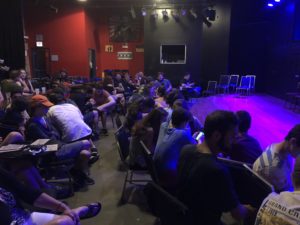