Today, we began our second day in Las Vegas by venturing out in the sweltering 107° desert heat to visit the Culinary Academy of Las Vegas. We were able to tour the facility and learn about the Academy’s various programs and classes, which teach and prepare students for jobs in the hospitality industry. We saw inside their kitchens and, interestingly, were able to walk inside their life-size replicas of numerous Las Vegas hotel rooms, which are used to accurately and thoroughly prepare students for housekeeping jobs. At multiple points throughout the trip so far, Billy has discussed the concept of the “invisible” – or unseen and unappreciated – people in our lives. Particularly in a city like Las Vegas, which is the epicenter and epitome of American consumerism and carefree lifestyle, we seldom recognize those who work behind the metaphorical curtain to make our lives easy and untroubled. Those working in the hospitality industry too often have a thankless job that is merely considered “unskilled work” by society at large. However, after visiting the Academy, I see the true effort and training that is invested by students into jobs that put an extreme amount of pressure on workers to work quickly and work hard; the woman giving the tour repeatedly mentioned how, if a housekeeper fails to complete 17 rooms in a work day, they will typically be immediately fired. The tour than transitioned as the woman giving the tour discussed how the Culinary Union is one of the largest and most robust unions in the country, which led us into our conversation on unions, minimum wage versus living wage, and the automation of jobs that were once occupied by humans. 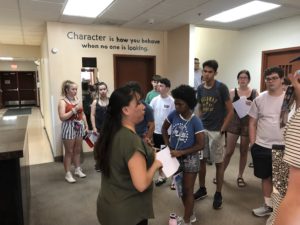 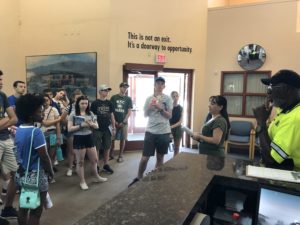 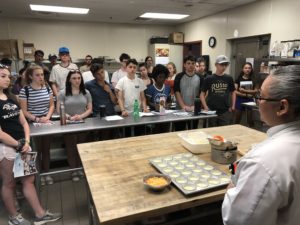 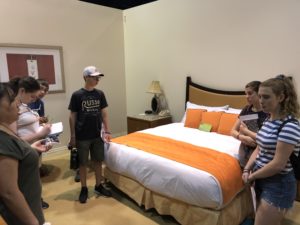 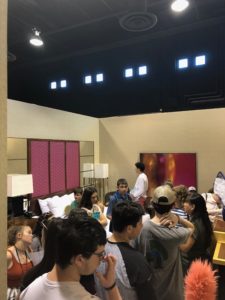 For lunch, many of us indulged in a true West Coast tradition – In’n’Out Burger!! 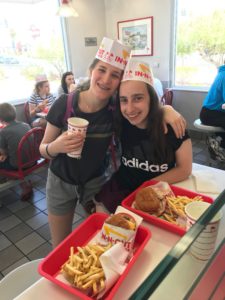 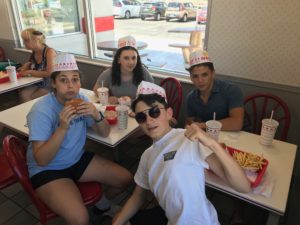 This deliberation on economics continued to be pertinent as we then met with Niger Innis, the National Spokesperson for the Congress of Racial Equality (CORE) and one of the original members of the Tea Party. He discussed the pillars of the Tea Party, the work of CORE, as well as the more general idea of conservatism and conservative politics in America. Fascinatingly, although I had previously thought that the Tea Party has supported Ted Cruz out of the 2016 Republican nominees, Niger is the first speaker with whom we have met who has unabashedly praised Trump and said that Trump versus Cruz was more of a 50/50 split for the Tea Party. Niger hailed Trump as representing and enforcing the ideals of the Tea Party – which include small-government, low taxes and regulations, religious conservatism, and a strong and globally intimidating military. He believes that identity politics should not play the large role they do currently and that government should be more of an “umpire” than a “player in the game.” Although I certainly did not agree with his praise of Trump, he was a charming man with a warm and bubbly personality who seemed to truly value the ideas and questions of those on Etgar. 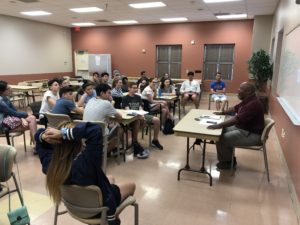 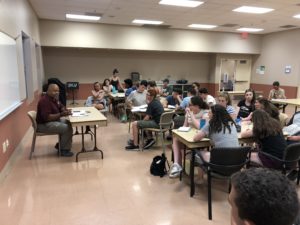 Then, after some much-needed time to relax in the hotel, we went out to see the Blue Man Group. I don’t want to spoil the content of the show, but their fun, energizing performance was appreciated and enjoyed by the entirety of the group. Upon returning to the hotel, we briefly discussed the power of nonverbal communication in regards to the Blue Man Group, as they are able to wordlessly command and capture the attention of their audience. Finally, to end the day, we said goodbye to Scott Fried, our speaker from yesterday, who spent the day with us in order to talk to us and get some quotes for his upcoming book on parenting. I, as well as the rest of the group, deeply enjoyed having the privilege to converse with him informally throughout the day and his presence will be missed by all. We ended the day excited to travel to Los Angeles tomorrow and exhilarated by the riveting, educational, and fun day we enjoyed in Las Vegas. 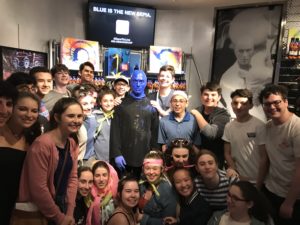 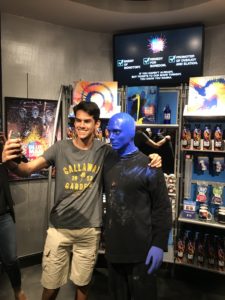