Our second day in Los Angeles was riveted with scenes of economic inequality. It is rare that polarized extremes are within such close ranges to each other, and this provided an excellent learning experience. We were also given the chance to see a culture of blissful ignorance at Venice beach, and a far more concerned society at the synagogue for recovering addicts.

The morning began with an excursion into a pleasant suburban neighborhood, where we were prompted to listen to the area’s history. It was then that I learned the name of the neighborhood— or in this case the “hood”—that I was sitting in. It was the notorious South Central neighborhood where numerous riots had taken place almost two decades ago. It was surprising to see that the area of Los Angeles which is notoriously thought of as downtrodden to be so pleasant. The flowers were deliberately arrayed, the houses were newly painted, and there wasn’t a person on the street. Much to my interest, as a fan of gangsta rap that comes from this area, I learned there have been attempts to change the perception of South Central. These have included renaming, repainting, and (to an extent) repopulating in order to erase the dark past of South Central. 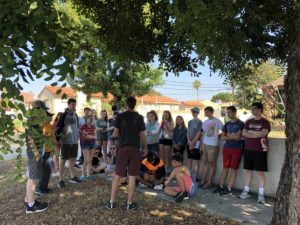 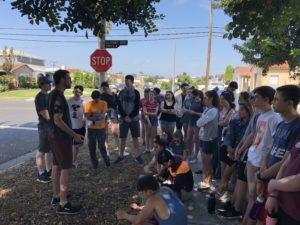 Opportunistically, we then saw the well known neighborhood of Beverly Hills. Truth be told, we didn’t even need to get off of the bus. If there is such a thing as elitism, Beverly Hills is surely its epicenter. Any blight by which downtown LA is afflicted is nowhere to be found in Beverly Hills. That is why our dissent into Skid Row next was so stark and fitting. 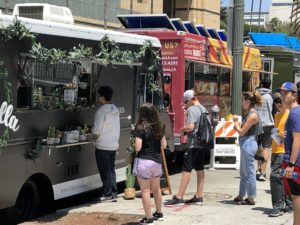 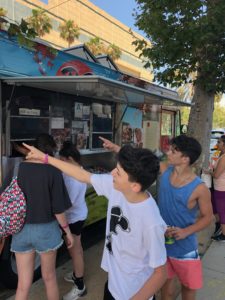 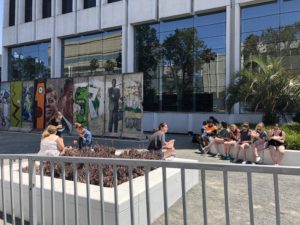 Skid Row is essentially a ghetto where the homeless populations of LA are relegated to live. We walked the streets to deliver bottles of water to anyone who would take them. During this time I had the realization that there was no fundamental human difference between the homeless populations and myself. The majority of people without homes are not drug users, they have just been outcasted by society. This widespread poverty is a genuine problem in America, and one we don’t hear enough about. Thanks to Avram Mandell with Tzedek America for taking us on our tour. 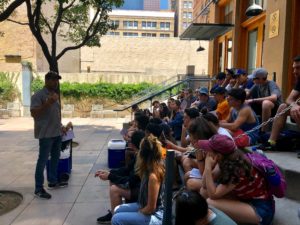 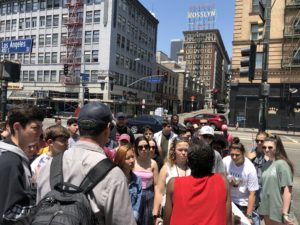 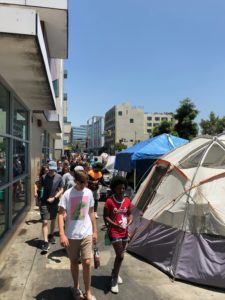 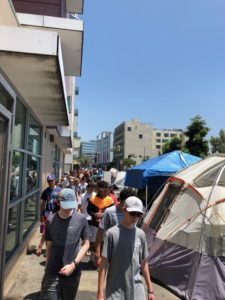 We then moved away from such heavy and painful topics, and sojurned to Venice Beach. But before Venice Beach, we stopped at an actual farmers market where we could buy fresh fruits from the people who actually grew and picked the produce. It was amazing to make such a personal connection to the food we were eating. 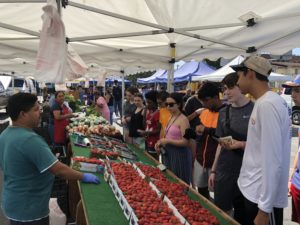 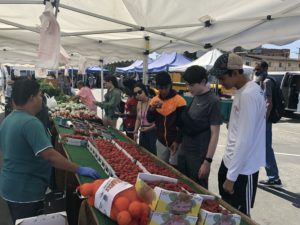 Venice Beach has a culture entirely separate from the rest of LA. The sand is a soft white powder, lightly warmed, and euphorically joyous to walk upon. The ocean, however, was cool and offered a brilliant respite from the heated torrents of the sun. And the people there seemed to harbor the unbridled optimism that is quintessential to the American Dream. I would have to say that Venice Beach was my favorite place on the entire trip. 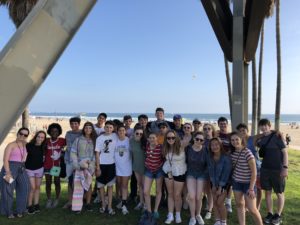 We, of course, had to leave Venice and return to the more difficult topics of every day life. The perfect way to do this was by visiting Beit T’shuvah, a Jewish rehabilitation center based in a synagogue for addiction. We heard multiple stories from multiple people, but they were all essentially the same. The general idea was that society today breeds anxiety, depression, competition, and hatred. While this may turn some to drug use, it tied in with the rest of our day as well. Society is laced with tribalism and hatred, anxiety and stress, depression and pain. While I am yet to decipher the cause of this, I assume it has something to do with money. When people say, “Money is the root of all evil,” it may be true. 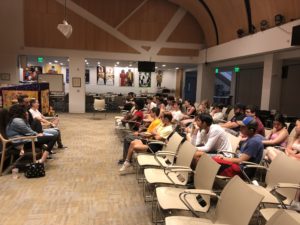 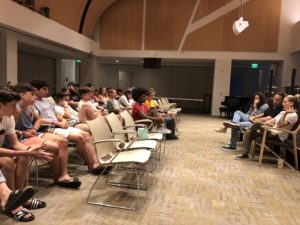 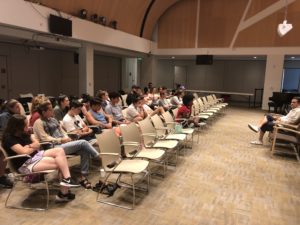