We started our day off at the Center for  Civil and Human Rights, where we participated in a workshop on how to build a campaign around an issue you are passionate. Jill Savitt, the CEO of the Center, talked about the steps to a successful campaign, such as forming objectives, and having tactics and strategies. I found it really interesting, and after she divided us into groups based on our table, where we came up with our own campaign based off an issue we were passionate about. That was fun, as I got to put the information she was talking about into action with my group. It was great to learn from someone who has successfully created effective campaigns as Jill was one of the leaders of the Save Darfur campaign. 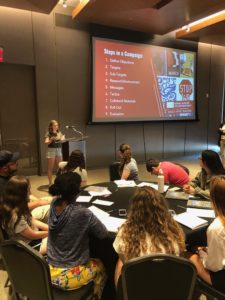 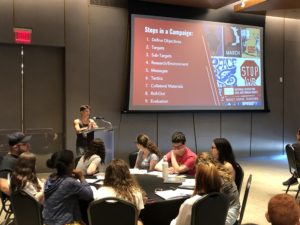 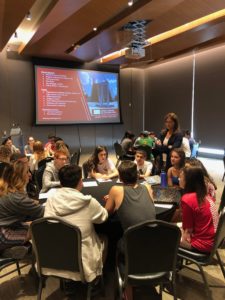 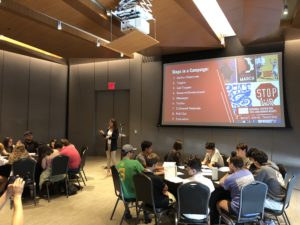 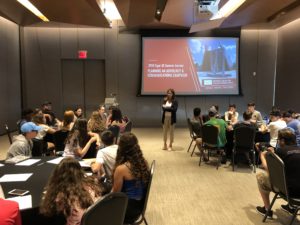 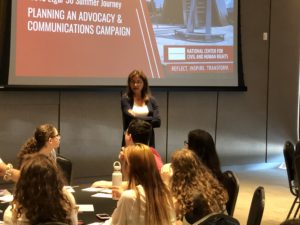 The next thing we did was hear the story of Leo Frank, an Atlanta Jew who was accused of murdering a 13 year girl in Atlanta over 100 years ago. Josh talked about how it seemed clear Frank had an unfair trial, and was innocent, but the case is still debated today. The story was very powerful and humbled me, as his fundamental right to a fair trial had been denied. It also helped shape the Southern Jewish identity for generations – influencing wither Southern Jews felt safe getting involved in the Civil Rights Movement or not.

We went to lunch at the Sweet Auburn Market. It was really good!

After lunch, we went to listen to Julie Rhode, the Executive Director of the Names Project,  talk about the AIDS Quilt, which is thousands of 3 by 6 panels commemorating a person’s life who died of AIDS. She talked about how no one did anything at first because initially it was thought that only gay people were suffering from AIDS, so it was thought of as a gay thing.  It can be so easy to ignore the suffering of others! However later, when straight men began contracting it, America realized anyone could contract it. One of the major events that helped mainstream American realize this was when basketball start Magic Johnson announced he had the disease in 1991. It was shocking to me that in the middle of a clearly serious issue, America waited to help its fellow citizens!  And the effects of this extend to the present. The question was posed what if straight white men had contracted it first, would it still be an issue? I thought it wouldn’t, which highlights the prejudice around gay men and the stigma associated with the disease. Julie also mentioned how important it was to have comprehensive sexual education, not just abstinence based education which teaches you nothing. 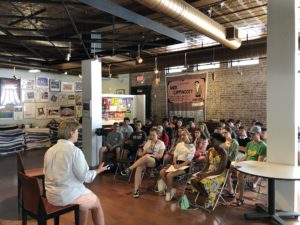 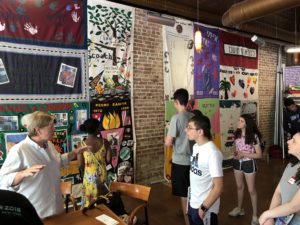 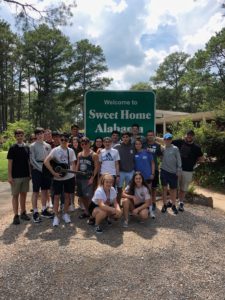 After the AIDS quilt, we rode to Montgomery Alabama, where we saw the Equal Justice Initiative’s Memorial to Peace and Justice also known as the lynching memorial, which stunned me. I couldn’t believe how many names of black people who were lynched in America from the mid 1800s – mid 1900s were on the pillars. The reasons why they were lynched were ludicrous to me, as it was clear they died because of the color of their skin. That part hurt me, because in a country where everyone is supposed to be equal according to the Constitution, there was gross violations of that repeatedly without cause.

After the lynching memorial, we went to the EJI Legacy museum were we saw the history of slavery and how it evolved into Jim Crow laws and then to our modern mass incarceration of African Americans and other minorities. When I read the letters from the prisoners, begging for assistance with their case, it seemed insane that they were even in jail. I also read about how private companies profit off prisoners and jails, and how states have to pay money if a prisoner quota is not met. The idea that America only cares about profits, or at least big corporate companies that have major influence, scares me because they should care about the lives and rights of their fellow citizens. 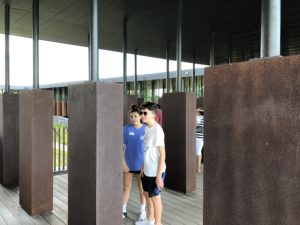 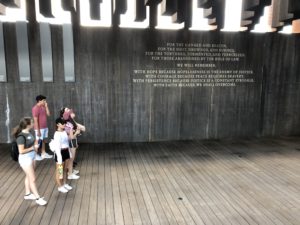 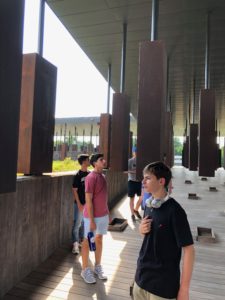 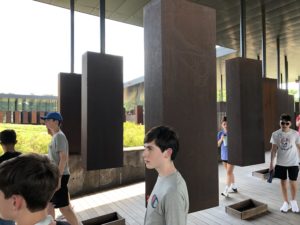 Then, we went for dinner and bowling to wrap up the day. Overall, today was a really eye opening experience for me, as I saw things I had never seen before, and unfortunately the really dark history of America. I will never forget this day and the many injustices done to lynching victims, prisoners serving unfair sentences, and the slaves long ago who were treated like cattle. 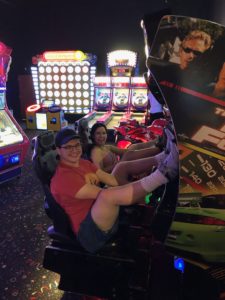 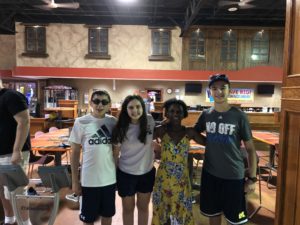 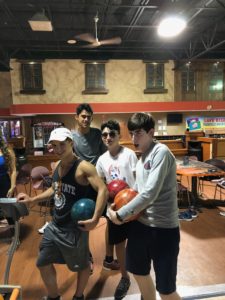 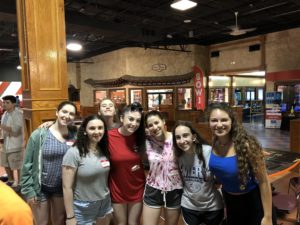 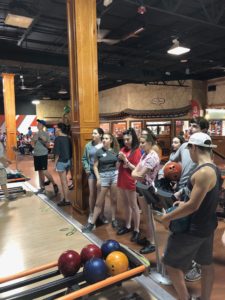