Our first stop today was Kent State University, where walking through the campus with survivor Alan Canfora was informative. Mr. Canfora was shot through the wrist almost immediately after the National Guard opened fire at students on May 4th, 1970. He informed us about the events that took place that day, as well as the history leading up to them, such as Nixon’s invasion of Cambodia, the counterculture movement, and how the music industry influenced him. He discussed the power of rhetoric and perception in the media and how it still affects us to this day. Not only does Canfora not regret the extent of his protests, he expresses regret for not doing more. He did not just educate us, he inspired us to always use our voices. 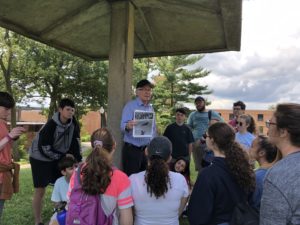 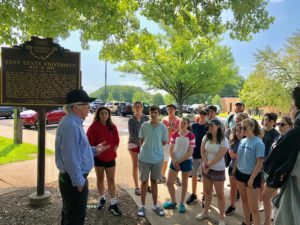 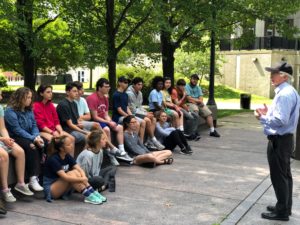 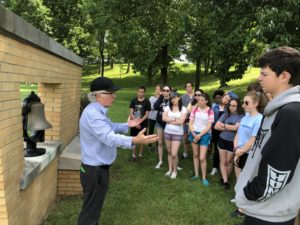 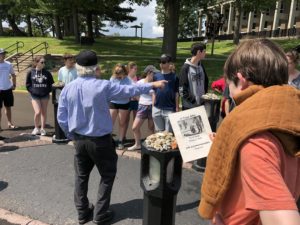 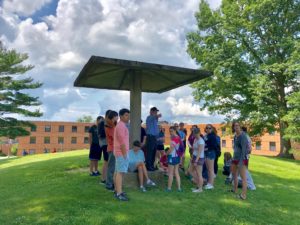 This segued pretty well into our next activity, visiting the Rock and Roll Hall of Fame in Cleveland, Ohio. One of the Hall of Fame’s educators, Joe Butler, taught us about how music, specifically rock and roll, has influenced society based on the historical events happening at the time the song was released. He discussed the impact of locations that we’ve recently been to, like the Haight-Ashbury neighborhood in San Francisco, which was an integral part of the hippie movement. We were there less than a week ago, and now we see it on a screen on the other side of the country in Ohio. In addition, our educator made references to other stops on our tour, including Kent State, Memphis, and Birmingham. It made me realize how much each stop throughout this trip is connected, specifically through music. We then had free time to explore the Rock and Roll Hall of Fame and its many exhibits and concluded with a conversation about what music personally means to us. We’re excited to hit the road tomorrow for New York City! 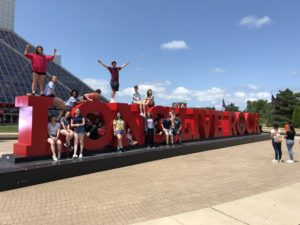 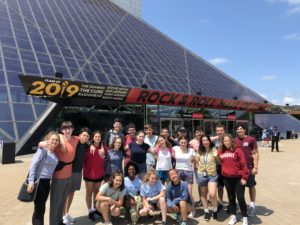 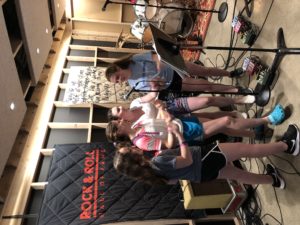 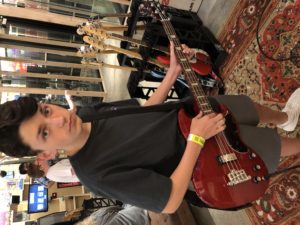 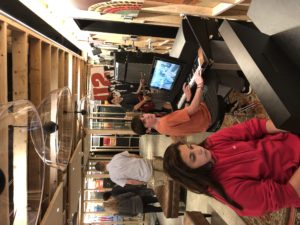 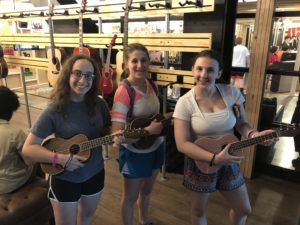 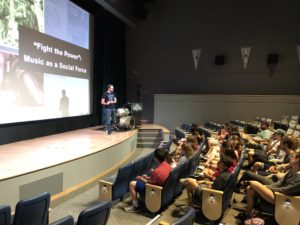