“Righteousness, justice, and truth!” As we stood around and witnessed the reflecting Southern Poverty Law Center memorial in Montgomery, AL, we could not help but reflect on our own lives and how we can do better. This memorial set the tone for our second day in Montgomery, to remind us of all the work we still need to do toward righteousness, justice, and truth. For inspiration, we went to the Rosa Parks Museum located at the exact bus stop where she infamously refused to give up her seat to see firsthand how we can accomplish that change. We watched the video version of her heroic act, and I realized that such a small gesture can begin an entire movement. The architecture of the museum made us feel as though we were apart of the fight for Civil Rights. 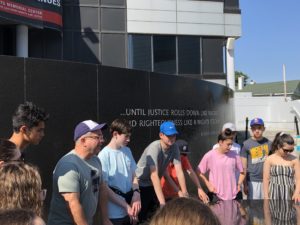 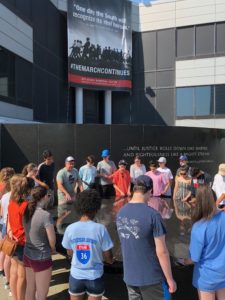 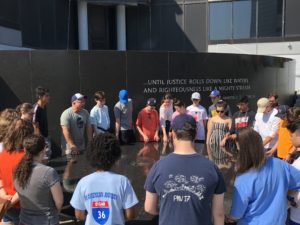 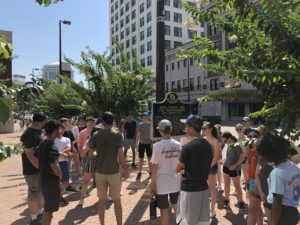 After our busy morning, we went to the perfect place for some traditional southern cooking. Martha’s Place had all the fried chicken and sides someone could wish for. Although the food was amazing, Martha’s story is what really drove home the themes from today. She struggled with depression and mental health, but always had a dream of owning a restaurant. After years of hard work and faith, she accomplished that goal and showed us that we can do anything we put our minds to. We then headed out from Montgomery toward Birmingham. 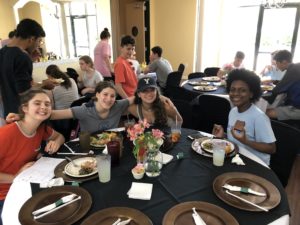 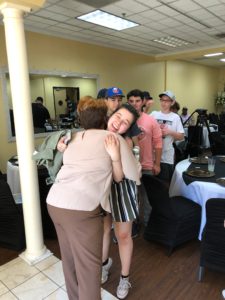 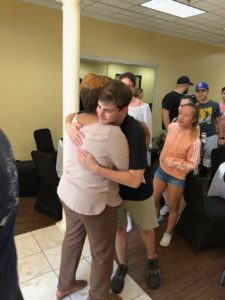 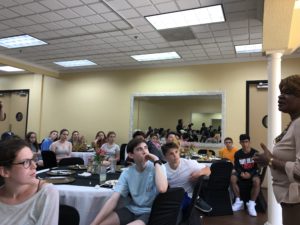 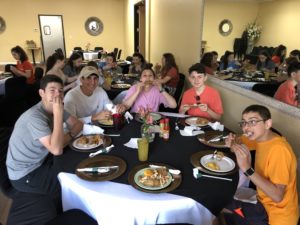 Birmingham was much more lively than Montgomery, with a rich history to match. We stood outside the 16th Street Baptist Church, where four young African-American girls were killed in a horrific, racially motivated bombing attack on September 15, 1963. We were all angry that such an event could have happened, but we were filled with hope when we went across the street to Kelly Ingram Park to meet Bishop Calvin Woods. A prominent Civil Rights activist who stood alongside Dr. Martin Lither King Jr., he showed us how to use love and singing to express our emotions in the fight for justice. He taught us songs that were the anthems of the Civil Rights Movement in Birmingham. It was definitely the most powerful moment in my life. His energy and drive for social justice really inspired me to continue my fight for change with his words in mind. 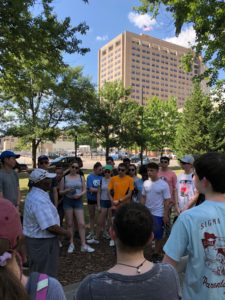 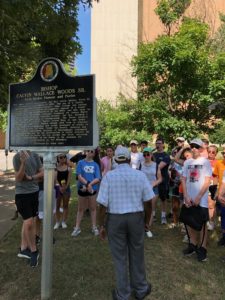 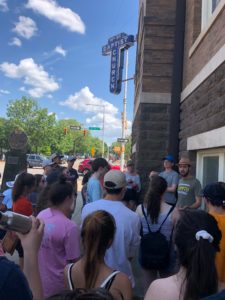 Back at the hotel, we discussed the issue of Church vs. State in our government. We talked about hot topics like vaccines, gay rights, and abortion laws and how to navigate different religious values within the United States. We debated and argued whether small businesses had the right to deny customers because of their religious beliefs. I noticed some similarities between the case of a baker in Colorado not baking a cake for a gay couple and the people who would not serve Black people that we just learned so much about. Although it may be legal, we all decided it was definitely not morally right.

After a very serious day, it was very nice to kick back with Billy as he went through the history of rock ‘n roll to prepare us for Memphis, TN. He played different artists for us, from Elvis to the Rolling Stones. We talked about the how race is intertwined with the history of rock, and how many white artists were not original and took from many lesser known African-American artists. Although some people in the Black community felt robbed, others were excited to see their music on the top charts. Overall, it was a very powerful day for me and my goal of pursuing justice.