For July 5th, we went from Little Rock, Arkansas to Dallas, Texas. The day started off with a five hour drive. As a native Texan, I cultured fellow travelers on the fine cuisine of Wattaburger, where 8 of us ended up having lunch. 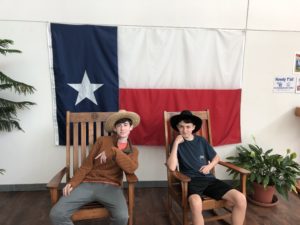 Once we arrived in Dallas we met with Andrew Smith, the director of Pro Life Texas to discuss hie views on the topic of abortion. He had some good points, however, I mostly disagreed with what he was saying. The discussion was one of the first ones we have had with someone who we disagreed with so many of us felt frustrated by the way he was answering our questions. Some of our frustration was because he was skilled at answering people who questioned his views. We did appreciate that he was open and willing to share with a group that was largely not in agreement with him. Much of the discussion was reminiscent of the movie “Thank You For Smoking” which we watched on the bus on our way into Dallas as a way to learn about how people spin ideas and thoughts to get what they want out of a conversation. One example of the disagreement we had was in how sex education should be taught in schools, with him arguing that students will engage in “safe relationships” with abstinence only. 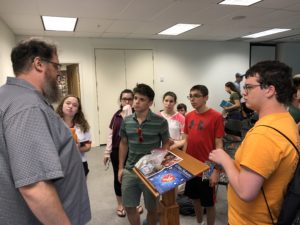 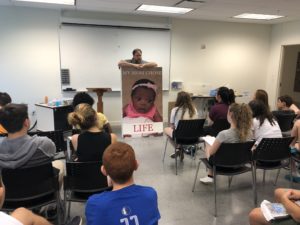 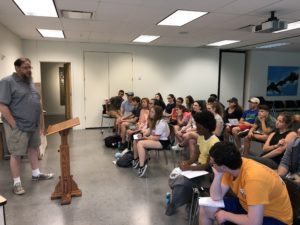 After the Pro Life discussions, we went to the Grassy Knoll to learn about the assassination of JFK right where it happened. We tried to go to the Sixth-Floor Museum, but our tickets were accidentally scheduled for the next day, Saturday. Billy taught us about the Kennedy Presidency and we watched the Zapruder film of the assassination while we were sitting on the grassy knoll in Dealy Plaza. We managed to use this time by going on a quick conspiracy theory tour and by listening to Avi, one of the students on the trip, talk through various conspiracies related to the John F. Kennedy assassination. The tour guide showed spots of where the gunshots could have been fired according to conspiracy and a memorial for JFK. 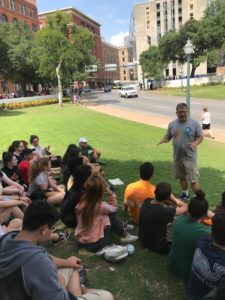 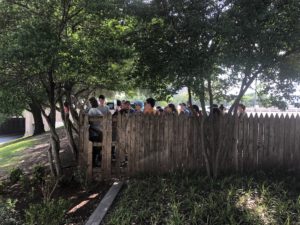 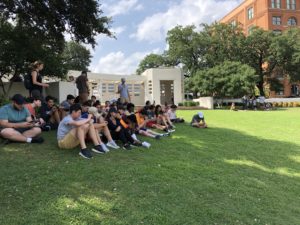 After the very long day, we all went back to Beth El Binah, an LGBT synagogue affiliated with the Reform movement, for Friday Night Shabbat Services. We talked about current issues with the members and others. Personally it was my first time at a Friday Night Shabbat Service, as I am not Jewish. They did a lot of prayers to help people that are sick and other such things. I found it very heart-warming to see how they were so accepting of every single one of us. We heard their experiences about the struggles some of them have gone through being LGBTQ in this nation. Near the end we all discussed how we felt about this trip so far and what it meant to us. It was a big day all around! 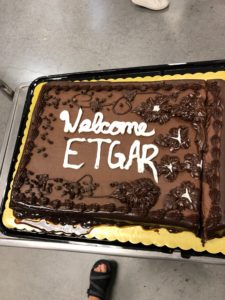 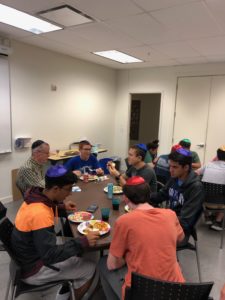 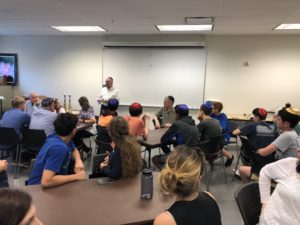