Today, we hopped on the bus nice and early to begin our long ride to Denver. The ride was pretty smooth overall with a couple stops mixed in. Once we made it to Denver, we went to a park to meet advocates for people with disabilities. They represented the organizations Adapt and Atlantis. They shared many informative and surprising facts about the treatment some people receive. I was most affected when I heard that some people with disabilities have had to wear backpacks which can deliver powerful shocks when the person “misbehaves.” It was also impactful to hear about the public protest that took place right by the park where we met, where disability activists laid down at a busy intersection for two days in July 1978 to advocate for accessible buses. 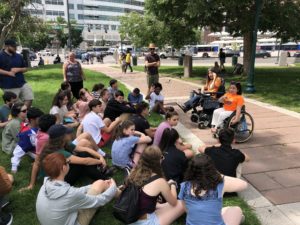 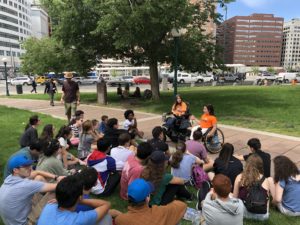 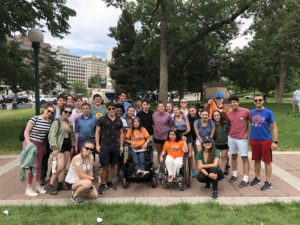 Next, we went to the capitol building and then sat outside to talk about the gun control debate, including different interpretations of the Second Amendment. Most of my peers had strong opinions on guns, and more people engaged in the conversation than usual. I see some problems with the Second Amendment, such as mentioning that citizens must maintain a regulated militia in the first clause, while in the second clause, it is stated that the right to bear arms must not be infringed. To me, those two clauses are contradictory and therefore must hold different meaning. 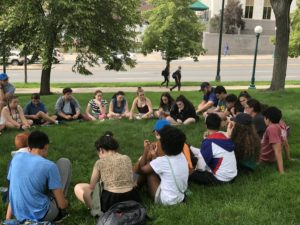 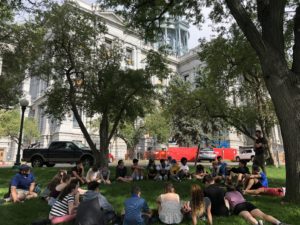 After our discussion at the capitol building, we had free time in downtown Denver. I visited a Tattered Cover book store and ate Japanese food for dinner. The most fun occurred at the end of the day, where we went to Lakeside Amusement Park. I made it my goal to ride the largest rollercoaster with one of our trip leaders Josh and one of our counselors Jacob, as they were afraid of rollercoasters. It was tons of fun, and I ended up riding the coaster four times! We left the park around 10, and later arrived at our hotel. It was a great day, with both serious discussions and fun activities mixed in. 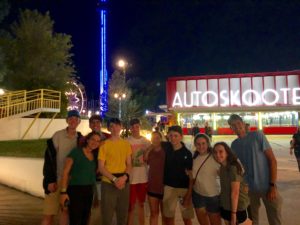 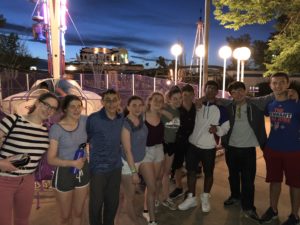