Today was a hard day, perhaps the hardest of the summer and that is precisely why I asked to write today’s journal.

We started the morning by meeting with Tom Sullivan, whose son Alex was killed in the 2013 Aurora, Colorado Movie Theatre shooting along with 11 other people. Sullivan, who is now in the Colorado House of Representatives, spoke with us about the work he has done to pass five common sense gun laws. A majority of us are pro gun control, so we agreed with a lot of the ideas and content that he presented.

One of his points that stuck with me was when he spoke about bullets. After describing the impact of the single bullet used to kill Alex and how it tore through his body, entering at the waist and exiting through his neck, he said that “these bullets are meant to be used in theaters of war, not movie theaters.” The emotion from this part of the conversation and the quote itself really stuck with me and when I think about on this conversation in 5 years this is what I am going to remember. 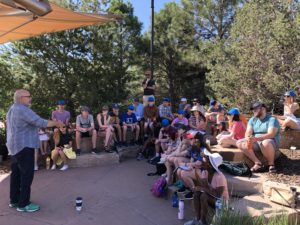 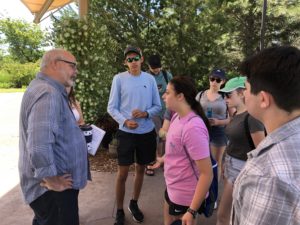 Another thing that stuck out to me was that he was not a politician. By this I mean that he did not deflect questions or spin them. One of the phrases we keep coming back to during our discussions is that “it is not real until it hits home.” For him, his son being killed definitely hits home. With other mass shootings at elementary and high schools, airports, concerts, and many other locations, one would think that mass shootings would have hit home by now.  So I asked him when he thinks it would hit home for the general population and he said that he did not know, which stuck out to me. It was refreshing to hear someone in government say that they don’t know the answer to a question.  After the meeting we joined Tom at a memorial for the Aurora theater shooting victims, that his wife had helped design. 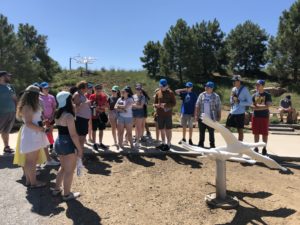 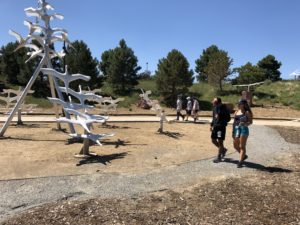 After this meeting, we drove to Colorado Springs for what was probably the most difficult meeting of the trip thus far. Jim Pfaff explained to us why he does not believe in neither marriage equality nor climate change. His reasoning for anti-marriage equality focused on the sanctity of marriage and that children are better off being raised in a household made up of one man and one women.  He emphasized the fact that he thought gay and lesbian relationships were okay, but not within the legal institution of marriage. This is despite the fact that marriage is also a social construct with real social impacts (as we talked about at Beth El Binah synagogue in Dallas), such as ease of communicating the relationship between partners. 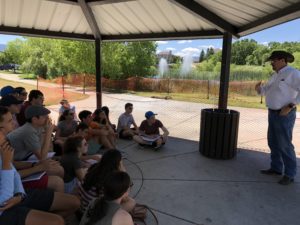 When he discussed climate change, most of us on the trip, myself included, found that his reasoning was not based in fact. He used a lot of vague language and used phrases along the lines of “many studies have shown that” but was unable to point us to those studies in any manner whatsoever. 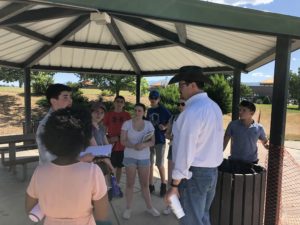 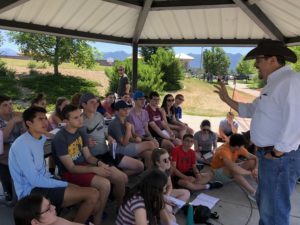 After this meeting, we drove to the Garden of the Gods and reflected on the meetings today and yesterday. One of the common threads that came up there and during discussions on the bus was Pfaff’s self-declared libertarian political ideology. By arguing that marriage equality should not exist, he was saying that the government should regulate what individuals can do. At the same time his libertarian ideology promotes individual rights and little government involvement. This contradiction was one of many involving his political beliefs that we struggled to understand. 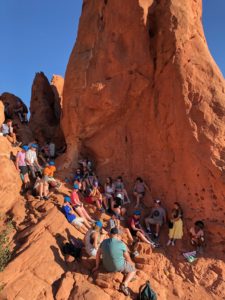 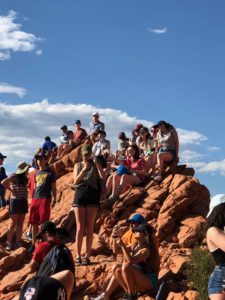 Another discussion topic was about his usage of language. Some of us felt that he was respectful towards us and others felt he was not. In addition, he appeared to have a different opinion than most of us about the difference between sex and gender. It was a difficult meeting, but one most of us were grateful to have because it exposed us to real opinions that we don’t often encounter. We finished up the day on a lighter note, with dinner and glow in the dark mini-golf. It was a fun way to finish up an otherwise heavy day. 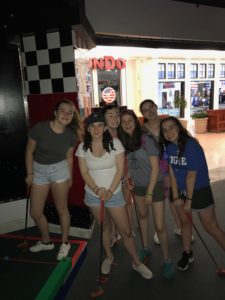 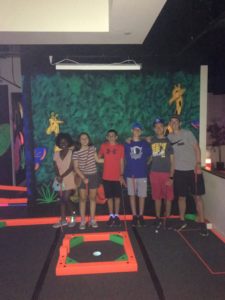 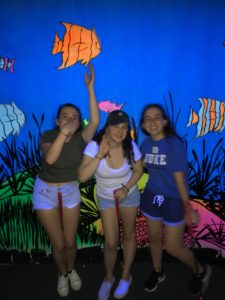 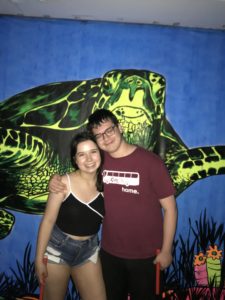