Early this morning, we packed into the bus and headed for Philadelphia once more. We visited The Constitution Museum, and were given a great introduction to the museum by a speaker. The speech was mainly focused on the founding of our country, and I found it very powerful. Billy mentioned to us earlier that this speech often makes him cry. While in the museum, a friend and I played presidential trivia. Later, I was able to view   all the other exhibits, which offered great information on topics such as major political movements throughout the United States.

After the museum, we walked to Mikveh Israel, the oldest continuously active synagogue in America. Billy spoke to us about the memorial there dedicated to Yonatan Netanyahu, brother of Israeli Prime Minister Benjamin Netanyahu and an Israeli officer who was killed in 1976 during a hostage rescue mission in Uganda. I found this memorial interesting, as it was closely related to the Munich Olympics Massacre, something I had read in detail about a few days before getting on the Etgar bus. It was frustrating for me to hear about how incompetent the Munich police were in handling that crisis, which lead to all the hostages losing their lives. 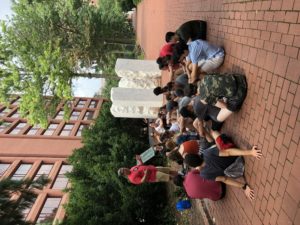 Once Billy finished speaking, he introduced us to Sam Forman, a trip alum, who has been a tour guide. He walked us to Independence Hall, where he spoke to us about the convention which led to the writing of the Constitution. After the tour, we went to Reading Terminal Market, where we had lunch and free time to wander by all the food stalls. I got two smoothies, a crepe, and some potato salad. By the time we left, it was pouring rain outside, so we met the bus under a tunnel near the market. Afterwards, we drove by Philadelphia Museum of Art, where a few of us ran up the steps and posed by the Rocky statue, all during the pouring rain. I found that extremely fun, as towards the ends it started to turn into a race to the top. Unfortunately, due to me starting late, I finished second. When we got back on the bus, everyone was soaked, so most people had to change clothes. We drove on the bus for a few more hours, until we arrived at dinner. After some “Thai” food (which I thought tasted more like Chinese), we went to our hotel just outside of DC to hear our last speaker for the day. 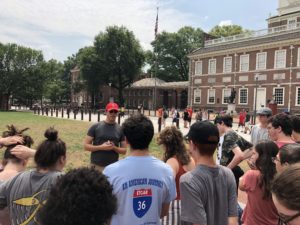 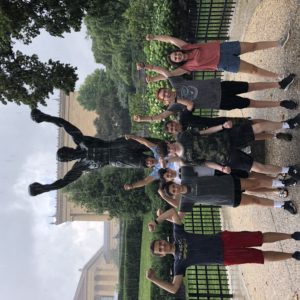 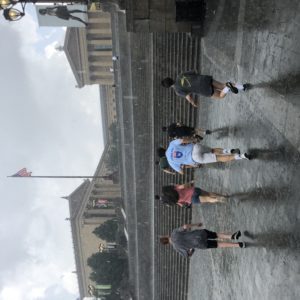 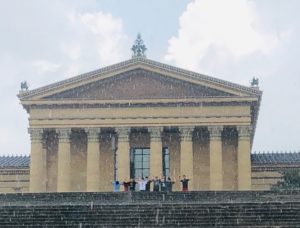 Daryl Davis, a black man, is a full time musician and also converts KKK members back to functioning members of society in his free time. He talked to us about how he first connected with the Klan, and how he is able to build a dialogue, which leads to a relationship, and eventually to the person possibly leaving the Klan. His main question for speaking to them was “how can you hate me when you don’t even know me?” He then told us about his experiences meeting with these individuals, and shared the time when he felt that a Klan member was going to kill him. He heard a noise when he was speaking to a Grand Dragon of the Klan and started to lunge across the table. It turned out the noise was ice melting in a cooler he brought with him. The strongest message I took away was when he said, “Do you want to sit back and watch what your country will become or do you want to stand up and see your country what you want it to become?” I found that quote very powerful, mainly because it was a strong call to action for all of us. If we want things to change, we have to go out, and change it ourselves. 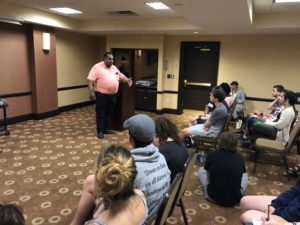 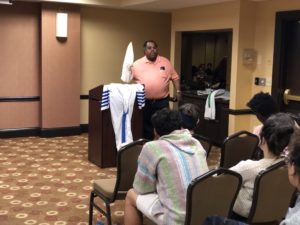 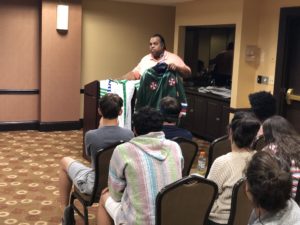 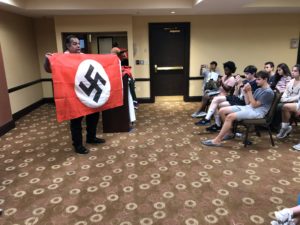