We began our third full day in Washington, D.C. by going to the National Coalition for the Homeless.  We heard two unique stories from a gentleman in his twenties, and a woman in her fifties, both of whom have experienced homelessness.  It was inspirational to see how nicely both individuals have rebounded from these difficult times in their lives, and now are sharing their stories with younger generations. 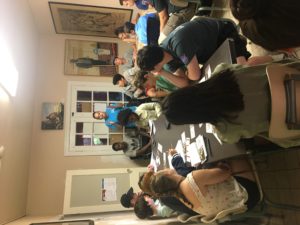 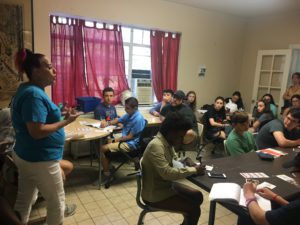 From there, we rode through the D.C. traffic to the National Archives Museum.  We spent about a half-hour seeing the original writings of the Constitution, the Declaration of Independence, and the Bill of Rights.  As one could assume, the writings were very faded, making it difficult to read the documents, but this was still a fun experience nonetheless.

Our midday stop was at the Smithsonian Museums of Art and Air and Space.  We were able to tour at least one museum, but I only made it to the Art Museum.  From what I saw, the museum was mostly made up of paintings that depicted nature, setting a tranquil mood in the city where everything around you is constantly so tense. 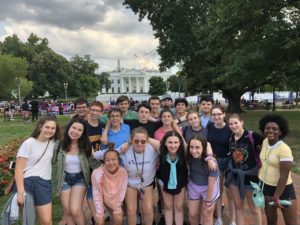 After consuming a cold snack in the 90 degree heat (which feels much hotter because of the D.C. humidity), we headed to the United States Holocaust Memorial Museum.  I expected it to be a lot like Yad Vashem in Jerusalem, but it surprisingly was not. If I remember correctly from when I went to Yad Vashem three summers ago, that memorial was overall much more emotional compared to this memorial in Washington, D.C.  Among the other kids in the group that have been to both memorials, most feel a similar way. That is not to say this memorial that we visited today was not very well done, but that this memorial did not yield me the amount of emotion I was expecting walking into the building.

After a quick bite to eat, we walked to the Ronald Reagan Building to see Capitol Steps, a political satire.  This may have been my favorite evening activity, an opinion that is held widely throughout our group.  The live show lasted about ninety minutes, consisting of brief sketches where actors dressed up as politicians and sang songs, making fun of the politicians that they were dressed up as.  Some sketches included Bernie Sanders, Alexandria Ocasio-Cortez, and Donald Trump. This comedic performance was an excellent way to end the day on a high note, having seen the depressing Holocaust Museum for two hours in the afternoon. 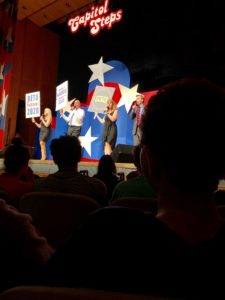 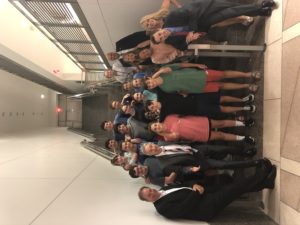 Before heading back to our hotel, we did havdalah on the National Mall and shared what we plan on bringing back with us from this trip. The comments shared by our group were all inspiring and along the theme of applying all that we’ve learned this summer into our communities. We’re gearing up now for our last day tomorrow! 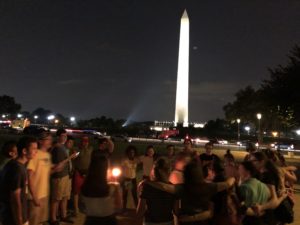 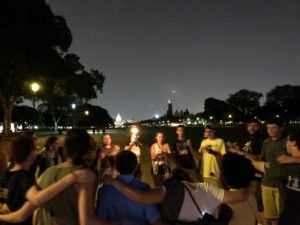