We started our day meeting with Kia Sims, the Organizing Manager at Fair Fight Action. Fair Fight Action was founded by former Georgia State House of Representatives Minority Leader Stacey Abrams in 2018, after her loss in a Gubernatorial election riddled with credible accusations of voter suppression. Since its founding, Fair Fight has led the activist coalition against such suppression mainly using means of registering young voters, setting up voter protection hotline numbers and calling potentially purged voters from the rolls. Hearing about their upcoming “Hot Call Summer” event, where citizens are encouraged to call their senators every day of the summer to push for the reintroduction of the “For the People Act” (H.R. 1), was really inspirational and serves as a reminder that there is constantly more work to be done. In response to the over 50% increase in young voter turnout, many Republican led states passed laws that make it immensely more difficult for voters, in particular voters of color in Democratic population centers, to execute their right to vote. These restrictions include Photo ID laws, the closure of polling stations and even more purgers from the voter registration rolls. Listening to Kia’s detailed explanation of these suppressive policies furthers my previously held notion that being granted the “right to vote” is far from having equal opportunity to execute such a right. Even after elections are won, we must not let our energy dwindle; instead, we need to channel our activism towards fighting against those that seek to undermine democracy and true justice. 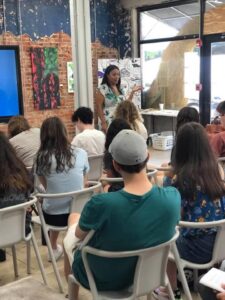 We then heard from Terra Gay, an educator who specializes in teaching about systemic racism. Gay hosted an interactive workshop about systemic oppression. As part of her work, she shares her personal experiences with discovering systemic racism’s many impacts and roots. Of the many stories she told us, one stood out to me most. In this, she recalled seeing the school-to-prison pipeline up closer than any of us ever will. As an educator at an alternative school, she saw how her students were labeled as criminals before they even had the chance to prove themselves. In addition to going through metal detectors and being forced to remove their jackets every day, they weren’t allowed to bring backpacks or even take their homework home. Terra had to sneak their books out through her classroom window at dismissal before her students caught the bus. Terra also taught us about predatory loans, the scientific mistreatment of Black bodies, wealth inequality and redlining. To conclude our time with her, Terra had us all stand up and say one thing we learned. It was truly inspiring hearing everyone’s takeaway from the workshop; all 41 of us had a distinct moment to share and be heard by our peers. 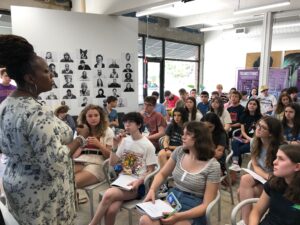 After a really yummy lunch at Ponce City Market, we traveled to Ebenezer Baptist Church and discussed the Black community’s power of in the Sweet Auburn district of Atlanta; power wielded both today and during the peak of the Civil Right’s Movement in the mid 20th century. Just right up the road, we saw the home where Martin Luther King Jr. was born, the church where he and his family worshipped, and his gravesite. We discussed not only his life and legacy, but also how we hope to live our lives in a way that we can make a difference in our communities and society at-large. 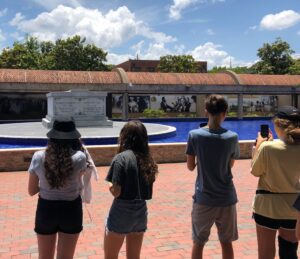 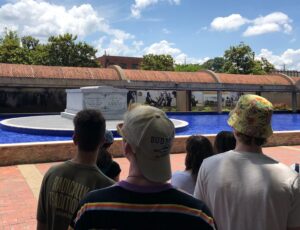 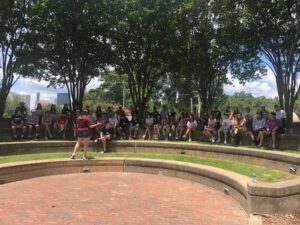 After hopping on the bus to Montgomery, Alabama, we met with Bishop Calvin Wallace Woods Sr, a major icon of the Civil Rights Movement. While walking through Kelly Ingram Park, where non-violent marchers were attacked by police and dogs in 1963, Bishop Woods granted us the once in a lifetime opportunity to sing songs from the Civil Rights Movement with one of its most renowned leaders. As the air filled with song, we were transported back in time. It was overwhelmingly emotional to say the least. We ended our time with the now 88 year-old Bishop by gathering in a circle of prayer for our future (Video Links Below). The experience was one of the most moving and spiritual I’ve ever had. After dinner, we bowled straight strikes at the local bowling alley! It was an amazing day that reshaped our perspective on many important interconnected issues of the past and the future. 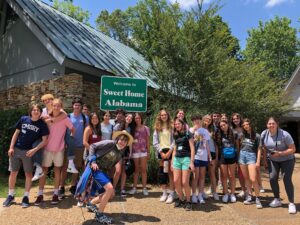 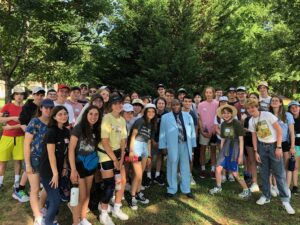 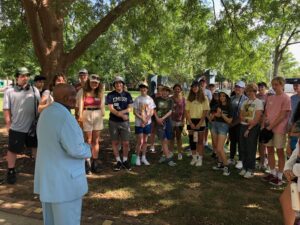 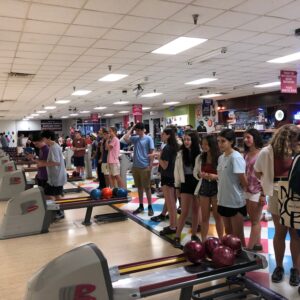 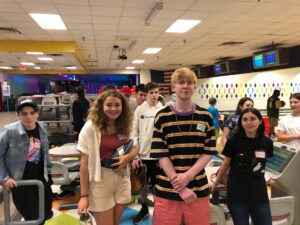 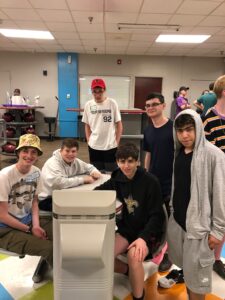 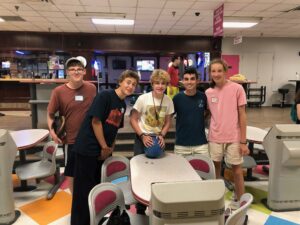 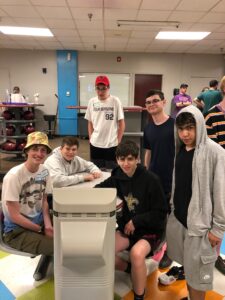 Here are links to videos of Bishop Woods and Etgar 36 singing songs of the movement.