Today, we started off the day by speaking with Tom Mauser about gun violence prevention. Mr. Mauser lost his son, Daniel, in the shooting at Columbine High School on April 20, 1999. We met at a park behind the school and it was practically impossible to imagine that at that very same park full of children playing, a shooting occurred just 22 years prior. Mr. Mauser was at a conference and heard that there was something going on at his son’s school. He saw the news coverage and thought to himself that because the school population was so large, his son would not be involved. His coworkers urged Tom to return home and when he did, he waited to receive his son. There was a board with the names of all the students who escaped the school safely, and Daniel’s name was not on the board. Mr. Mauser was told that there would be one more bus full of students, but there was no additional bus. The authorities asked for a description of what Daniel was wearing and for his dental records. Mr. Mauser was later informed that his son had died. Mr. Mauser spoke at a protest of a NRA convention in Denver that was happening just 10 days after the shooting. 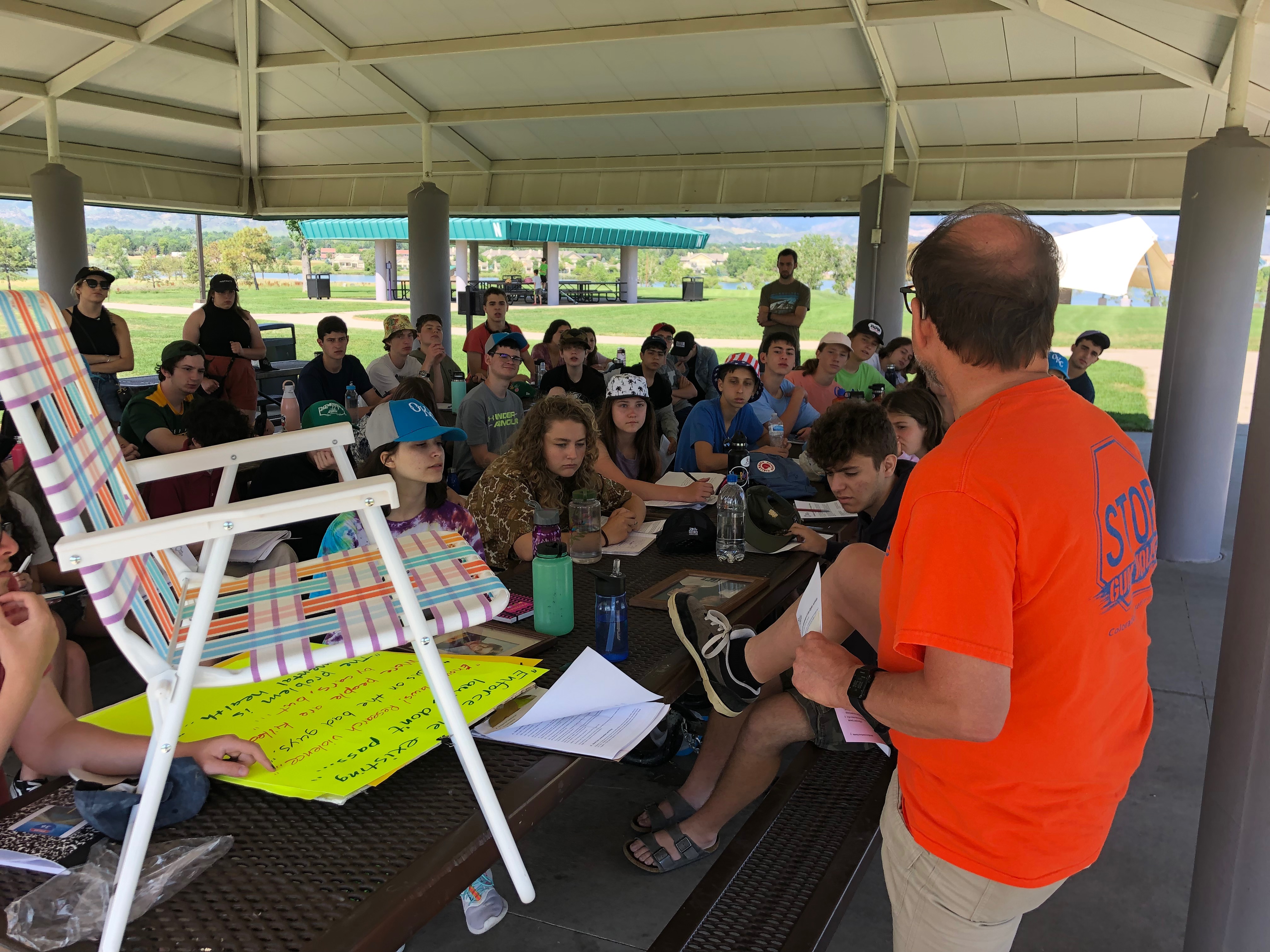 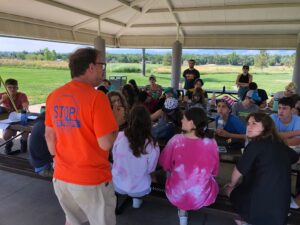 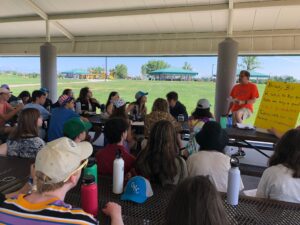 From then on, he became an activist for gun violence prevention. We learned about the current gun laws and the loopholes in the system, notably the Gun Show Loophole. He shared with us the common phrases used in the gun control debate and how to respond to them. He also shared with us that the shoes he was wearing were in fact the same shoes Daniel wore at Columbine, and that he viewed his activism as ‘walking in his son’s shoes’. The entire experience was extremely powerful and moving as after our discussion with Mr. Mauser, we visited the Columbine memorial and discussed how gun violence affects us personally. 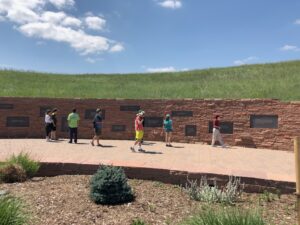 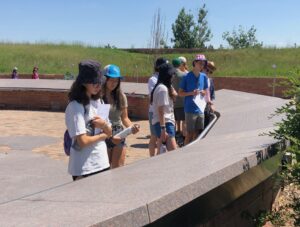 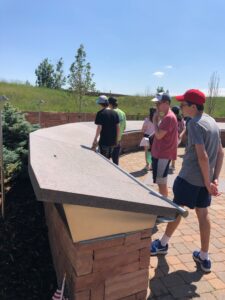 Next, we spoke with Jim Pfaff, who expressed his views on climate change and homosexuality. He admitted that he knew that the majority of us would fundamentally disagree with everything he would share with us, but that a dialogue is important. In terms of climate change, he shared his opinion that all human activities interact with the environment on some level and that the United States is a leader in using clean energy, stressing the importance of nuclear power. In his view, the country is not on the precipice of a climate disaster and he argued that there are some scientists arguing for his point and some scientists arguing against his point, concluding essentially that there is no consensus in science.

In terms of homosexuality, he told us point blank that he thinks homosexuality is a sin and cited the Bible as a source. His libertarian views were clearly expressed when he argued that marriage (the union between one man and one woman)  is a sacred institution that should be upheld by religion, not by the government. Mr. Pfaff was extremely passionate and steadfast in his beliefs since, when some of us posed questions that challenged his view, he seemed to express his passion by way of raising his voice. Following our main discussion, we had our “after discussion.” During this time, I spoke to a friend of Mr. Pfaff who discussed her experience teaching biology while personally rejected Darwin’s Evolutionary Theory. 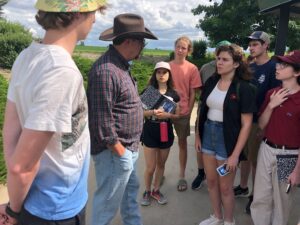 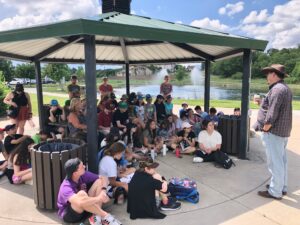 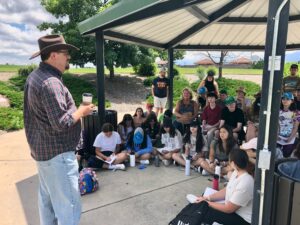 After our meeting with Mr. Pfaff, we visited the Garden of the Gods and climbed up the rocks to see the beautiful views around us! It was an impactful, meaningful, and memorable day! 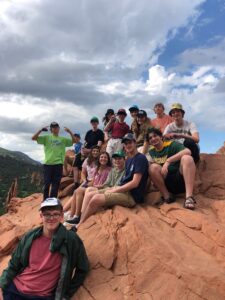 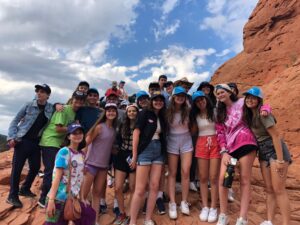