Today was an interesting day full of twists, turns, and a lot of walking. We woke up and got out of the very nice hotel we are staying at at 8:15, ready to start our day. Since the bus is headed to Chicago, which is our next stop, we took public transportation. We took a train to Berkeley, expecting to meet someone who helped run the edible schoolyard, a project that helps and promotes people to connect with their food in a whole new way. However, Billy then told us that we missed it. So instead, Niva, a fellow participant,  gave us a great talk about veganism and considering the wider impacts of the foods we eat. 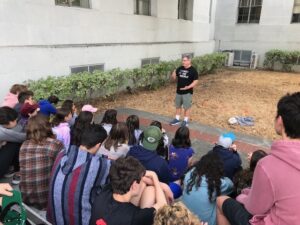 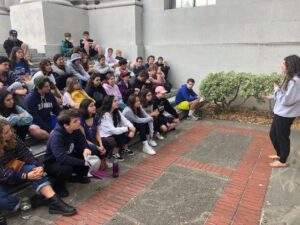 We then had lunch in Berkeley and saw a few shops. Myself and some other people checked out Amoeba Music, which was a really cool music store. After that, we geared up to meet with a man would would tell us about illiteracy in America. We waited for awhile, but he never showed up (he apparently was not answering the phone either, and he’s an older man, so I hope he’s okay). After that we hopped on a train, dropped some things off at the hotel, and got on a bus, destination: Golden Gate Park. There, John Cunningham would show us the National AIDS Memorial Grove and a small part of the AIDS quilts. John Cunningham is the chief executive of the AIDS Memorial Grove. We also talked to some other members of the team about the AIDS quilt. Being there and seeing the quilt was incredibly powerful. Gazing at the quilt made one feel all the grief, pain, and love that the families of those who died of AIDS felt. 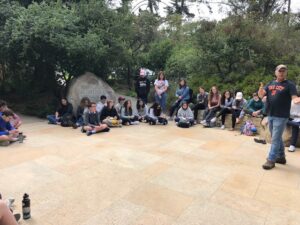 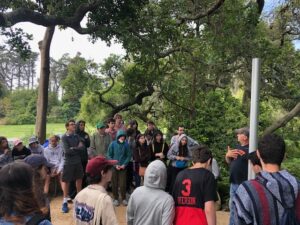 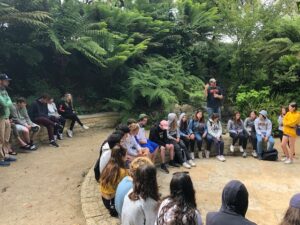 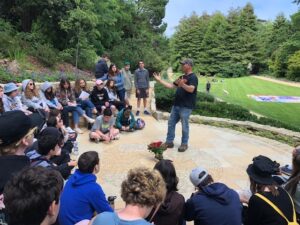 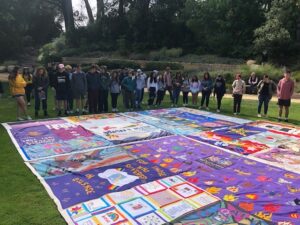 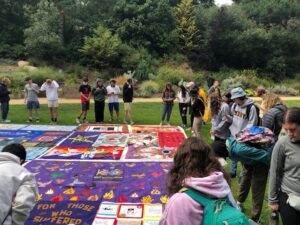 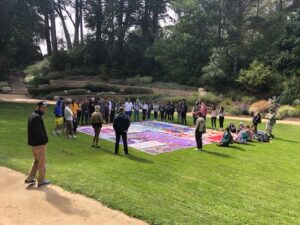 When we headed back to the hotel, we were given two options: get dinner to take back to the hotel or go to City Lights Bookstore and go out to dinner. I chose the latter. City Lights Bookstore was a cute bookstore which played a huge role in beatnik history, as it served as a sort of headquarters for the beatniks (Jack Kerouac, Allen Ginsberg, William S. Burroughs, etc.). I then went to dinner with my friends at a place called House of Nanking. The food was really great! Though the day didn’t go exactly as planned, it was still a great day filled with lots of fun in an incredible city! 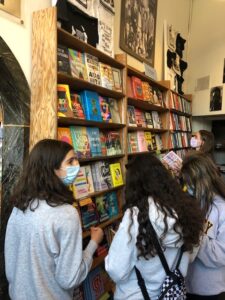 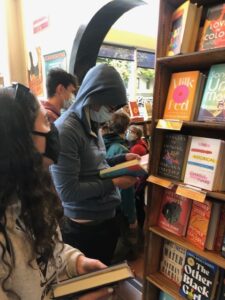 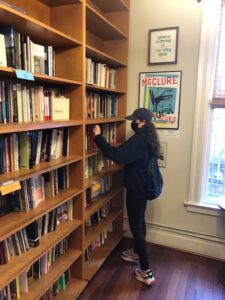 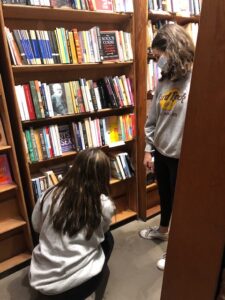 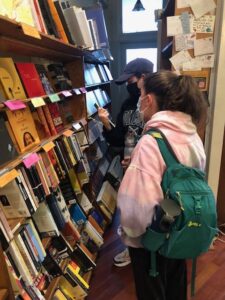