Today we woke up in Chicago at 8:15, got ready, and went downstairs for breakfast before we had to leave at 9:15. We had a temporary bus with a temporary driver because Irvin is still driving to Chicago. The temporary bus was very nice, however we all missed Irvin a lot. This morning felt very quiet as it was our first full day with 29 kids instead of our usual 41.
Our first stop was in Grant Park, a grassy field next to busy city streets, where we looked at pictures and learned about the politics and history of Chicago and the 1968 Democratic convention riots.
After this, we had a nice quick walk over to the Chicago Art museum where we waited on a long line. When we entered the museum we had a lot of free time to look around and appreciate the art. After the museum, we walked to Giordanos for some delicious deep dish pizza! 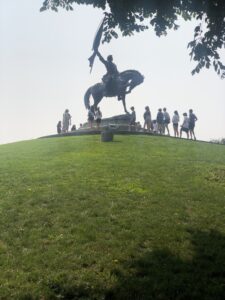 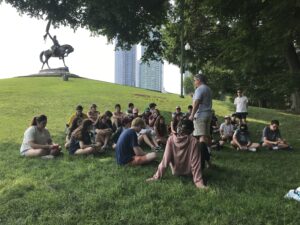 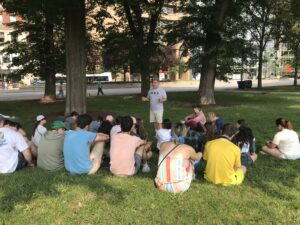 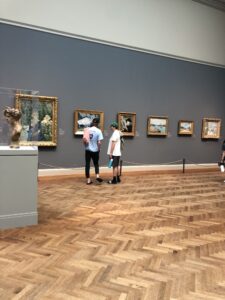 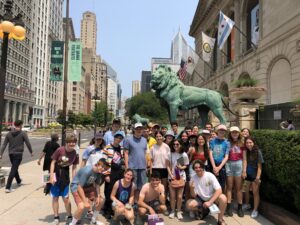 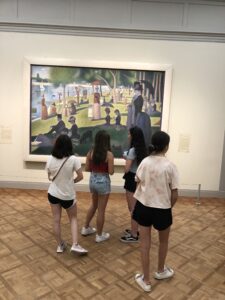 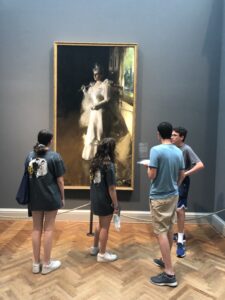 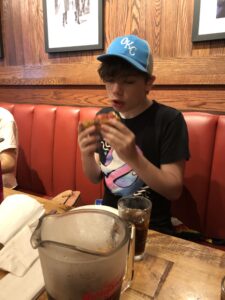 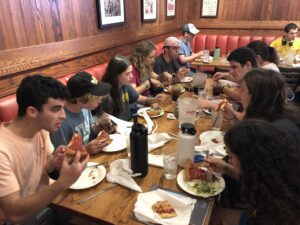 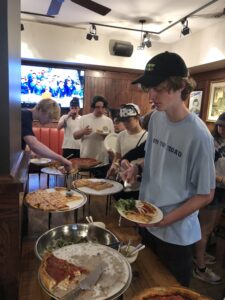 Lunch was followed by a powerful meeting with a cousin of Emmet Till, Pastor Walker, the man who was with him when Emmet was abducted. We met in the church where Emmitt Till’s open casket funeral happened that shocked the nation. Hearing his firsthand account of what had happened was extremely eye-opening and impactful. After asking lots of questions, we got back on the bus to head to Lake Michigan. 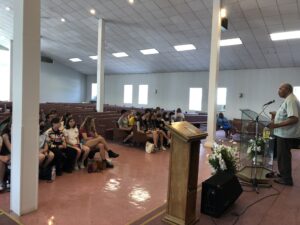 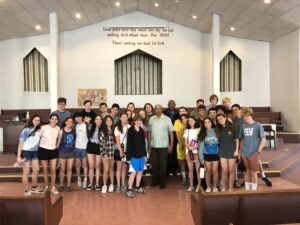 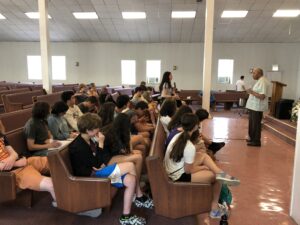 When we arrived we had free time where we could play cards, take pictures, and explore the lake.  After this, we discussed climate change with two speakers and learned about what we could do to get involved. We went from the park to dinner where we could choose from a variety of restaurants, and then headed back to the hotel for free time. It was a very fun and productive day! 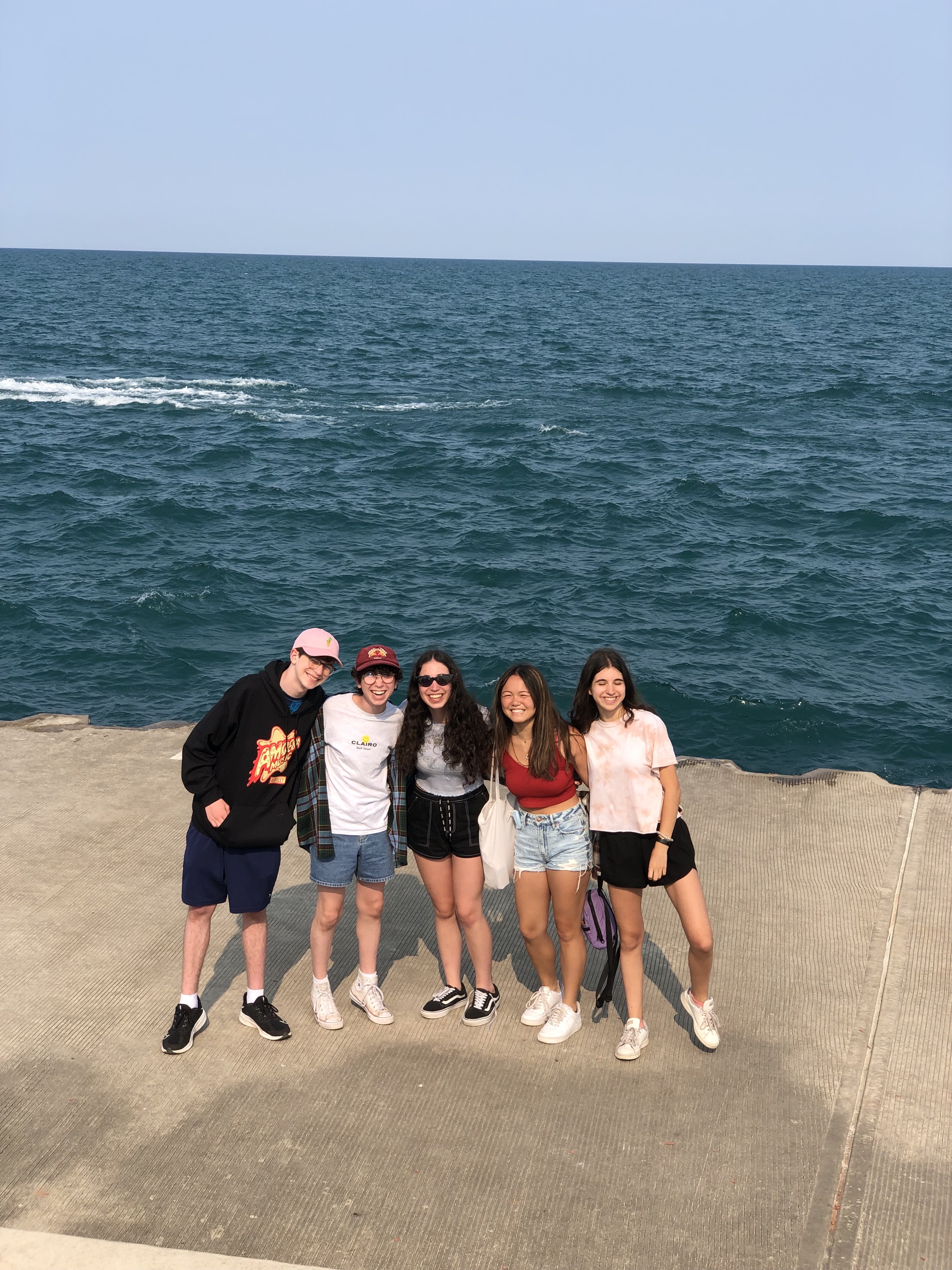 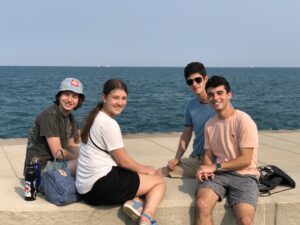 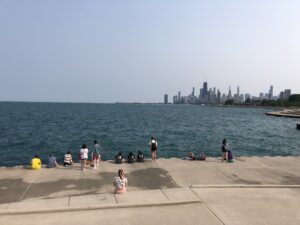