Today we started the day by sadly saying goodbye to our friend, Sara, as she left to go back home. We then got back on our bus for the first time since Thursday and headed back to downtown Chicago. We passed the Sears Tower on the way there, one of the tallest buildings in the world.
We then met with Claudia, Edrika, and Tim, members of the Homeless Coalition of Chicago. Claudia talked to us about the coalition and about the homelessness crisis in Chicago. She told us about the idea that the said number of people that are part of the homeless crisis is actually lower than what it should be, due to cities and their governments not wanting to reveal the full scope of the problem. Edrika and Tim both then talked about their life stories and how they ended up on the street and in a state of housing insecurity. They were extremely interesting to hear from as they were normal people who you wouldn’t expect to have been without a home because they did not have the stereotypical “homeless look.”
Similarly, they had stories that you don’t typically hear when talking about homelessness. Edrika had a good job but quit to help care for her sick mother, who died 6 years after she quit the job. This left her with no house and other necessary things. In Tim’s case, he also had a good job. However, he had a seizure while driving which resulted in a car crash that totaled his car. He then had a stroke which paralyzed his left side, leaving him out of a job and leading to the loss of his house as well as his totaled car. From these stories, we can see how anyone can become homeless, even people like you and me, which is why helping to spread awareness and helping those struggling with the stigma of homelessness is so important. People should never be too scared to ask for help. 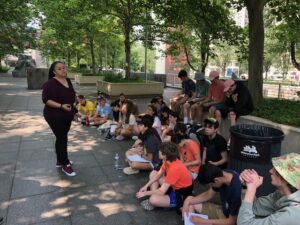 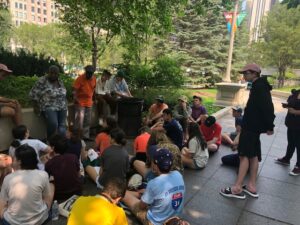 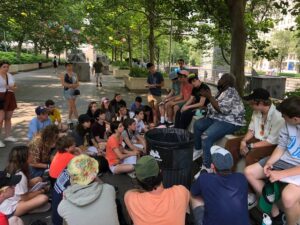 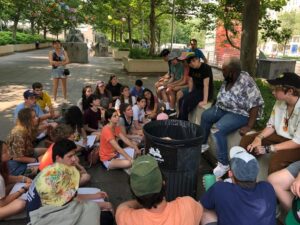 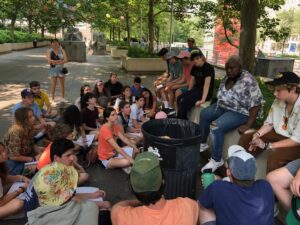 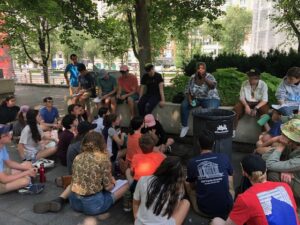 After we learned about homelessness in Chicago, we traveled to Navy Pier for lunch. Next, we went to the famous “bean,” a popular tourist location, where we had fun looking at the reflective surface and landscape around the area. We had a nice afternoon at Navy Pier  and the bean but unfortunately that was the end of our stay in Chicago, a city I very much liked. 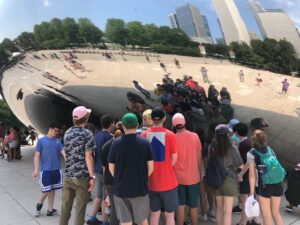 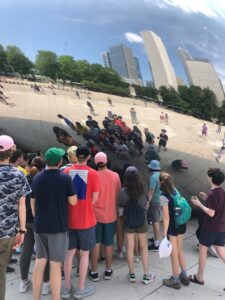 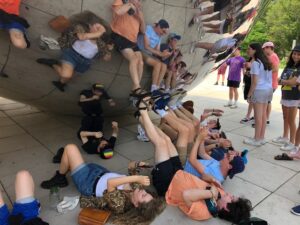 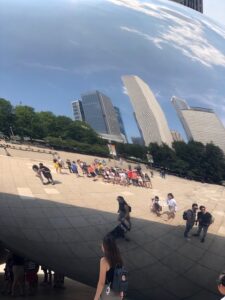 We then began our journey to Cleveland. We drove for about 5 hours, stopping in the middle for dinner at Cracker Barrel. We stopped in Perrysburg, Ohio for the night, and will be arriving in Cleveland tomorrow to continue our journey!