Today we went to Kent State University in Ohio. We met with Chick Canfora who was a student at Kent State during the Vietnam War. She protested against the Vietnam War in 1970 and was in the gunfire when the National Guard was called to “protect them and prevent further damage.” When she was talking, I felt sympathy and remorse. I thought it was very powerful to stand in the footsteps of the National Guard, holding my hand up like I had a gun, and then as if I was a student, just like Chick and others who protested peacefully. 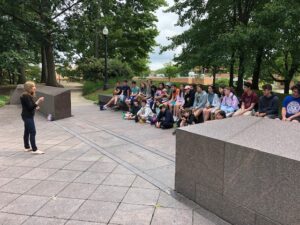 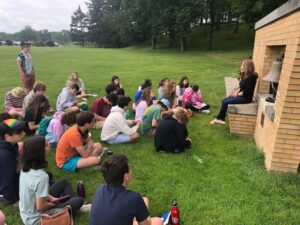 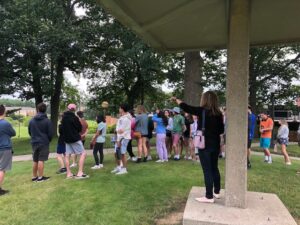 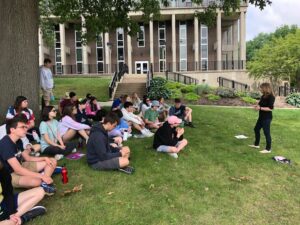 Then, we had lunch and headed to the Rock and Roll Hall of Fame in Cleveland Ohio. When we were there and I looked at the many Rock and Roll Hall of Fame members, I realized that music has a huge social power (through dancing and singing).This was very powerful because of our singing songs with Bishop Woods in Birmingham, Alabama. After that talk I went and had fun throughout the museum. I played guitars and the drums like Animal from the Muppets. I also ate a buffalo chicken panini and I wandered the maze that was in this year’s halftime show while I sang Blinding Lights by The Weekend. I looked like an idiot but it was fun! 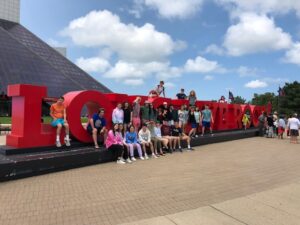 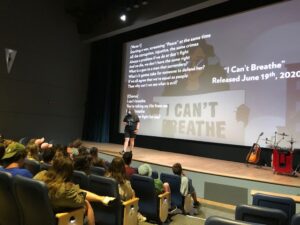 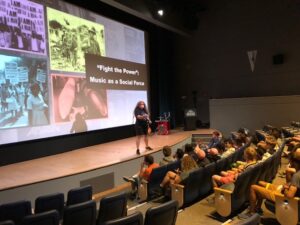 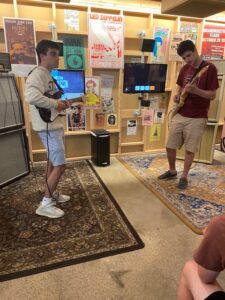 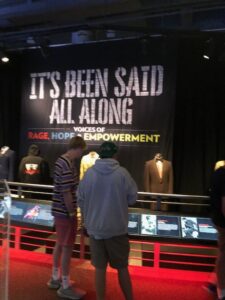 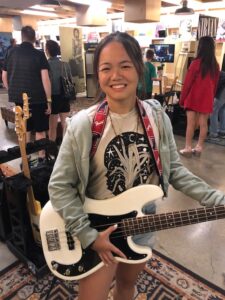 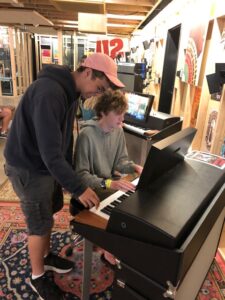 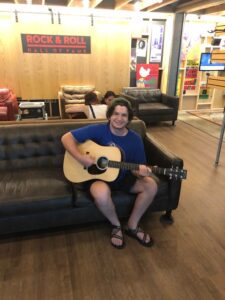 Afterwards, we met outside near the water and talked about the most powerful lyrics that we have heard. For me, this was a song called “Twenty One Twelve” by The Rush. These lyrics taught me how songs can not only be good for listening but also useful tools for thinking, as this song tells a story about a kid that grew up in a dystopian society.
We then had dinner in Cleveland before driving toward Pennsylvania, where we stayed over on our way to Newark, NJ and NYC.