We woke up at 6:30 in Pennsylvania and left the hotel at 7:30. We then drove for about four hours to a Wawa in Pennsylvania. We picked up lunch at Wawa and ate on the bus. We drove to Newark and visited the Newark Police Department to learn about police reform. Sergeant Termaine Phillips spoke to us about the history of policing in Newark and the civil unrest and rebellion that sparked police reform.  Then, Lieutenant James George talked to us about the consent decree that allowed for police reform. He spoke about the consent decree implementation process of developing policies, training the division on the policies, and then having compliance inspections and audits for adherence to new policies. Then, he went over approved policies that have been implemented in the Newark Police Department, the training of Newark police officers, and body-worn camera policies. Lieutenant Mandervillet and Community Service Officer Burney spoke about community engagement within the department and how it affects the community’s relationship with the police. Then, Captain Miguel Aviles talked about property and evidence management, community surveys on policing, and the all force investigations team that was implemented in the department. Finally, Lieutenant James George went over community engagement data, transparency data, success within the department, and the effects of the defund the police movement in Newark. After asking questions, we got back on the bus and headed towards New York City.  Our visit to the Newark police department was an effective way to learn about the ways in which police systems can be reformed with new training policies and community engagement to improve relationships between citizens and police and reduce police violence. 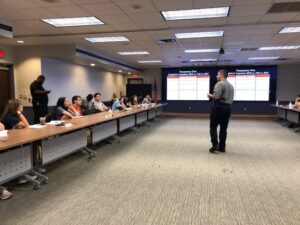 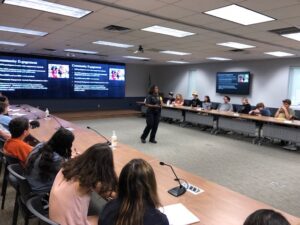 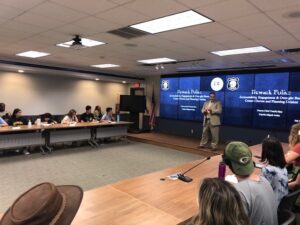 We dropped off our stuff at the hotel we are staying at in the Chelsea neighborhood of New York City and then walked around the corner to drop off our laundry. We had an hour to walk around Chelsea and get dinner, and then we took the subway up to Harlem. In Harlem, we spoke to two activists named Jacob and Kyle, who talked to us about activism, specifically interracial and interreligious activism, systematic racism, and allyship. A particularly impactful part of our meeting with them was when Kyle went over tips on allyship and what not to do as an ally. Then, we took the train back to the hotel and went to bed. 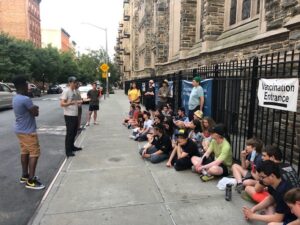 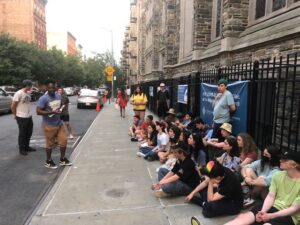