Like all great NYC adventures, we started the day with bagels. Compared with the taste of stale, unflufffy bagels from Holiday Inns and La Quintas, today’s everything with egg and cheese was a treat.
We took the subway to the Marlene Meyerson JCC to meet with Ruth Messinger and Joy Levitt. We talked to Ruth about her life-long career as an activist of social justice issues and what she sees as the future of our activism. Ruth ran for mayor of NYC, was borough president of the Bronx, and serves as the inaugural Social Justice Fellow at the Jewish Theological Seminary of America. She identified the environment, voting rights, and critical race theory as the top three issues today.
Joy Levitt is the current CEO of the JCC and spoke to the importance of her work. “Most Jewish people don’t go to synagogue” she said. The importance of giving a home to the Jewish people who can’t go to Temple for a variety of reasons was emphasized to us. “I wish we could’ve called it the center for Jewish Community instead of the Jewish community Center” she concluded. 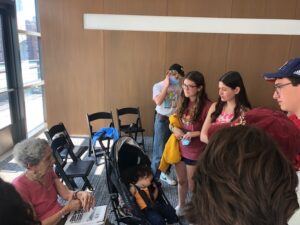 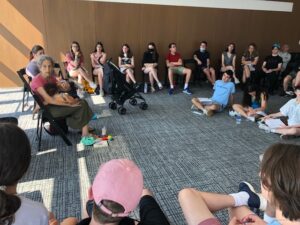 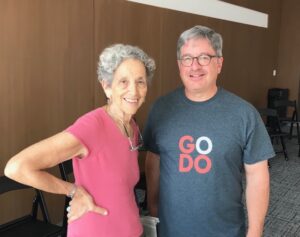 We then went to Washington Square Park for lunch and to meet with Evan Wolfson, the leader of the organization behind the fight for marriage equality in the US. He shared his startegy for affecting change: hope, clarity, and persistence. Most interesting to me was a concept he called the ladder of clarity. Evan said that without clarity any form of activism is pointless. The ladder, according to Evan is as follows:
1.    Clarity of goal
2.    Clarity of strategy
3.    Clarity of vehicles
4.    Clarity in action steps
His final message was to find the cause you believe in and persist until change comes because “it’s the only way it will.”
We then took the subway to the laundromat where we dropped our clothes a day earlier and then carried (or dragged) our bags a seemingly endless five blocks. 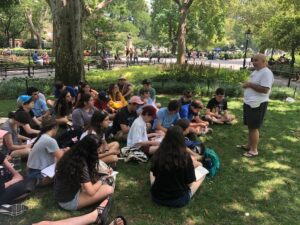 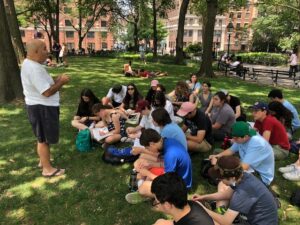 We had dinner and free time in the Nolita neighborhood and went to a meeting with a good friend of our trip, who we met in Vegas, Scott Fried. Today, Scott taught us about the different types of activism that were present during the peak of the AIDS pandemic. Scott left us with a quote from an author whom he became obsessed with following his HIV diagnosis: “the secret to life is to pay attention.” 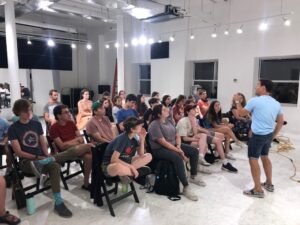 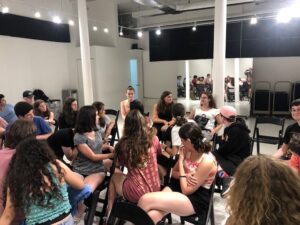 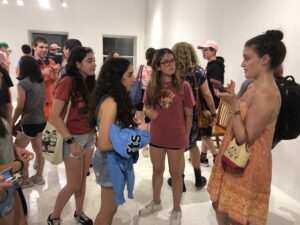 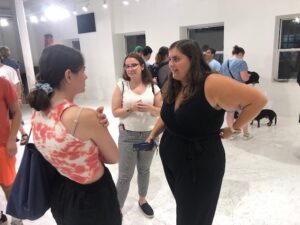 With that, I walked back to the subway noticing the homelessness around the city, the smell of whatever that liquid is in the street, and the sounds of my friends, co-interrogators, and future leaders speaking about their thoughts on today.