We started the day with a decent breakfast, and then set out to explore Boston. Our first stop was Walden Pond, the former home of Ralph Waldo Emerson and Henry David Thoreau. While there, we heroically fought off a swarm of mosquitoes in order to take a short stroll around the pond. Sitting in the woods, we learned about the philosophy of transcendentalism and the story of Emerson and Thoreau. Thoreau’s philosophy of speaking what he believed in the moment sums up all the work we have been doing on this trip about activism. We have learned the importance of voicing our opinions regardless of the backlash or silence from others. After this quick history lesson, we each read aloud from a list of Thoreau quotes and analyzed them. My favorite was “under a government which imprisons any unjustly, the true place for a just man is prison.” I loved this quote because it so clearly inspired Dr. Martin Luther King Jr. in his fight for civil rights, as well as countless other activists. 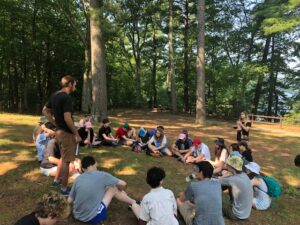 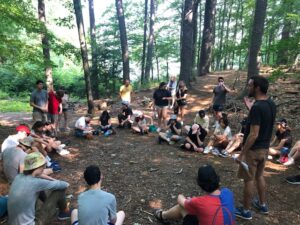 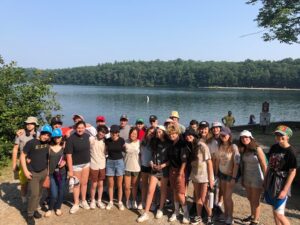 After our time at the pond, we grabbed lunch (and an obligatory Harvard sweatshirt) at Harvard Square. While there, we also had the chance to meet up with friends and family, including a friend who left after 22 days (we love you, Rachel!).
After lunch, we headed to a talk by Jeanette Huezo, the Executive Director of a United for a Fair Economy (UFE). We were graciously hosted by a former Etgar staff member at Emerson College. Ms. Huezo spoke about the dramatic increase of the wealth gap in this country over the last fourty years. She started by asking us what we thought of when we hear the word “economy”. Responses ranged from gas prices to worker exploitation to the stock market. She then used volunteers to physically demonstrate the growing disparity between the top ten percent of wealth holders in the US and the rest of society. Ms. Huezo called on each of us to make change in our local communities as well as on a national scale. I’m sure her talk will inspire many of us to re-examine the way we view issues of wealth and economics in our lives. 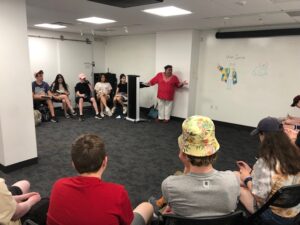 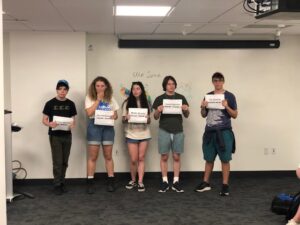 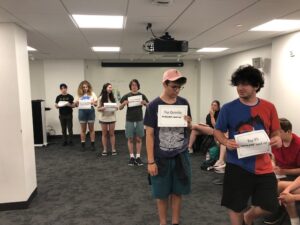 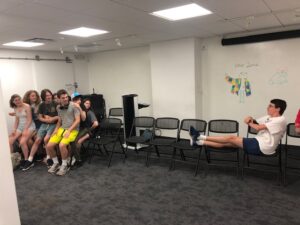 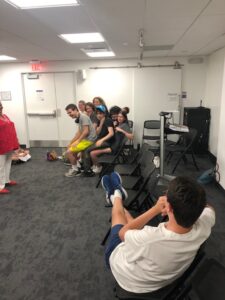 We then walked along part of the Freedom Trail in Boston. We viewed the beginning of the Revolutionary War through a lens of activism. From a beginning in mass education to the incendiary event of the Boston Massacre, I felt as if I was seeing the conflict through new eyes. We saw many historical sites, such as the cemetery where Paul Revere is buried, and a pay telephone. 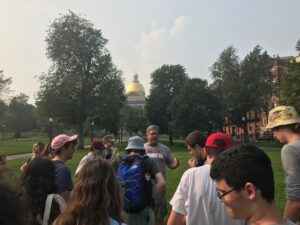 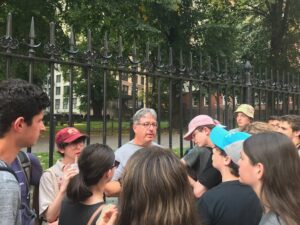 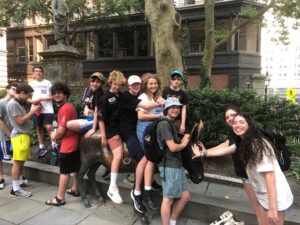 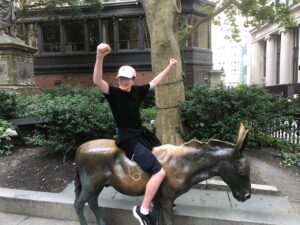 At the end of our walk, we walked through the New England Holocaust Memorial. This moving monument is located in a busy part of town full of historical sites. According to an inscription, this is to ensure that we do not forget this tragic part of our world’s history. 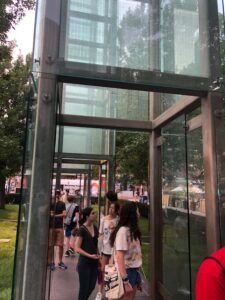 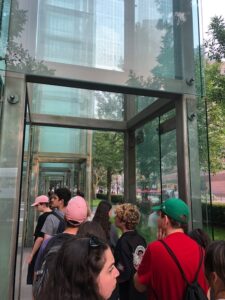 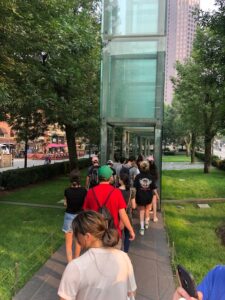 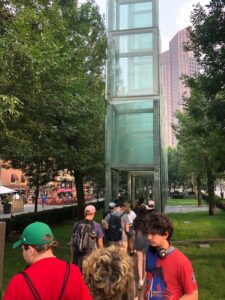 Finally, we stopped for dinner at a Quincy Market and dessert at Mike’s Pastry (it was amazing)! Then we put a few hours on the road to get closer to Philadelphia.