Today was an interesting day. We first went to the National Constitution Center. This was kind of a bunch of lies in my opinion, but our second meeting really spoke to me because I never thought about the media the way that we have to.
First, we went to the Constitution Center and watched a performance/presentation on the history of the United States. While the storyline was correct, they definitely skipped over how brutal slavery in the United States was, how we got this land in the first place, and almost played it off as if racism and racist laws are all gone and everything is perfect. They did get the general storyline right, but they definitely skipped over some key details. 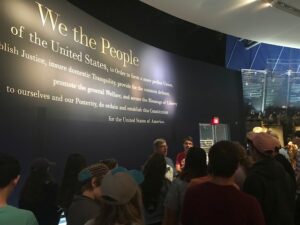 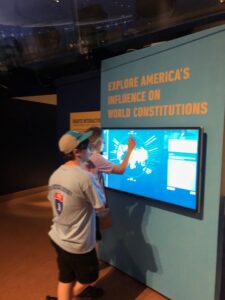 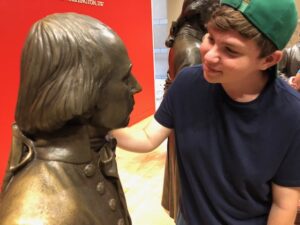 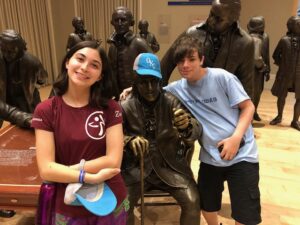 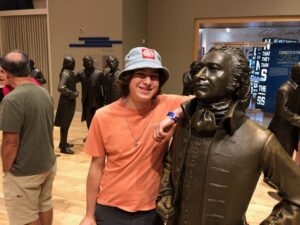 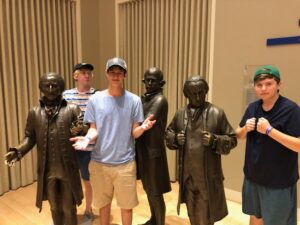 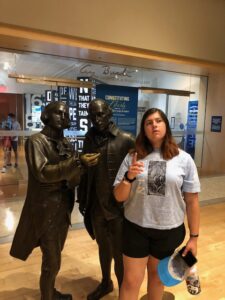 Then we got a tour from an Etgar Alum, Sam Foreman, who took us around to see the historical sights including the Liberty Bell. 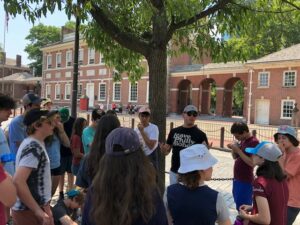 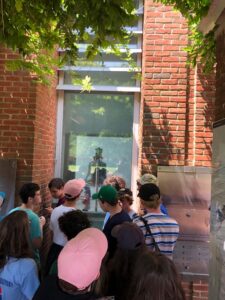 After that we headed to the Philadelphia Museum of Art to reenact the famous scene from the movie Rocky. 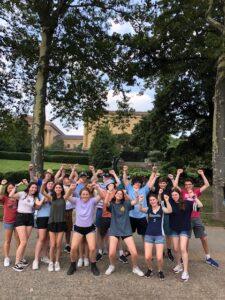 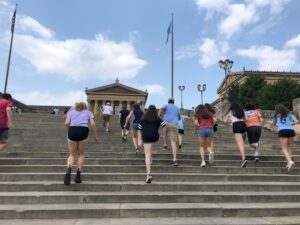 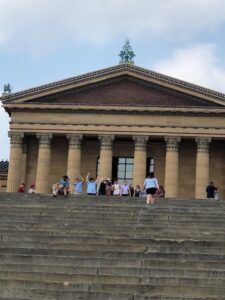 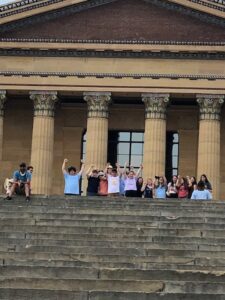 Next, we went to a food hall for lunch and then went to talk with Neil Rubin in Baltimore about the media and what goes into deciding what is and isn’t published to the public. Neil was the editor of the Atlanta and Baltimore Jewish Times. This definitely spoke to me because I had never thought about all the thought that goes into what is and isn’t published.
For example, we talked about whether the news should or shouldn’t put out that a holocaust survivor had holes in her story. These holes included that she was in Auschwitz for 3 weeks as opposed to her claim of being there for 9 months, and that her husband had died in Auschwitz when in reality he was just living in Toronto. The media had to think about whether this would help holocaust deniers in their claim that the holocaust never “happened” or that the story was important enough to be sent out. In my opinion, the story should have been sent out because holocaust deniers are going to believe what they want to either way and this proves nothing for their case.
There was also a story about how they had to decide whether or not to release an article about how most jewish community centers don’t have strong security, and someone could just walk in with a bag of rifles. This was a few months after 9/11 and they had to think about whether this would open a window for terrorists to go attack JCCs or if it would push the JCCs to get better security faster. In my opinion, they should not have put it out because it puts too many people in danger and the JCCs wouldn’t be able to put security measures in place fast enough to protect their members. They decided not to release the story because it would’ve endangered too many people.
We also talked about considering whether articles will make money or not, because if you’re not making money you can’t pay for your business to survive. This means that media organizations have to put thought into whether people would care or not about the articles subject because if you don’t have people interested in your content, you’re not getting ads (where most of money comes from). 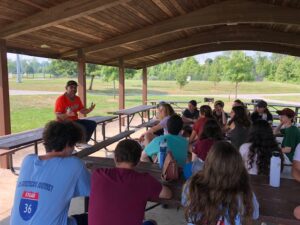 We also ate at Reading Terminal Market, or as I call it- Philadelphia’s rip off of the Ponce City Market (the better one). I had a vegan sausage egg and cheese sandwich and spaghetti. I then took a long nap until we stopped for dinner in Baltimore and later showed up at the hotel outside Washington, DC.