Today was our first Etgar day in our Nation’s Capital, so consequently we were all dressed to the nines (which essentially meant khakis, polos, and skirts- but baby steps everyone). As we all ran towards the bus, excited for the day ahead, conversations began brewing, because today was a big day! Today, we were going to meet with the senators. “What questions are we going to ask?” “Is it going to rain in the park?” “Is there anything we aren’t allowed to bring up?”. These questions would be answered in time, but first we had a meeting with the widely known conservative think tank: The Heritage Foundation.
The Heritage Foundation is an American conservative think tank based in Washington, D.C., primarily geared towards public policy. The foundation took a leading role in the conservative movement during the presidency of Ronald Reagan, whose policies were taken from Heritage’s policy study Mandate for Leadership. However, in recent years, the Heritage Foundation has also started sharing and becoming lobbyists for issues like civil rights and climate change. At the Heritage Foundation, we met with Allison and Will who were incredible and extremely interesting to talk to. Although our discussion was different from what we had planned, Etgar as a group gained a lot of insight from Will and Allison about the views of the traditional conservative right. Now on to our favorite kind of stop. A bathroom and lunch break at Union station. 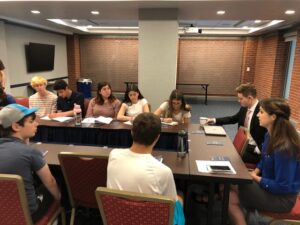 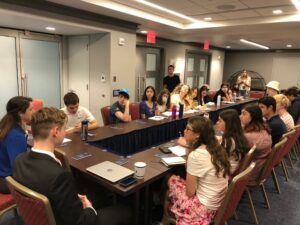 Then it was onto the big event of the day: meeting Senator Ossof and Senator Reverend Warnock. They were a little late but that just added to the excitement of the group. After some questions, handshakes, and pictures the senators had to move to their next meetings and so did we! 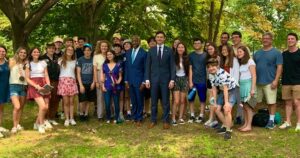 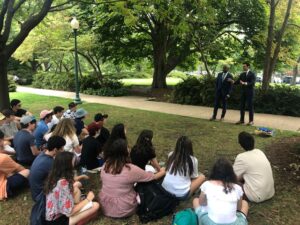 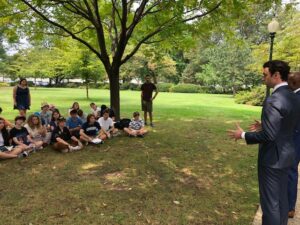 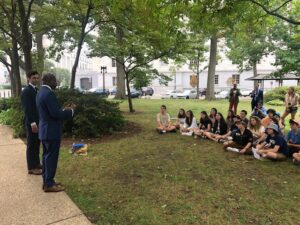 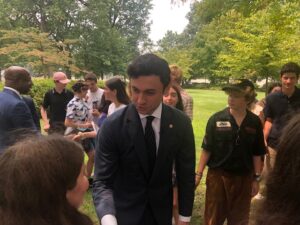 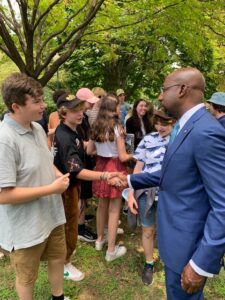 Our next meeting happened to be with GreenPeace, which is a global network of independent campaigning organizations that use peaceful protest and creative communication to expose global environmental problems and promote solutions that are essential to a green and peaceful future. During our meeting with Greenpeace we had an educational conversation with Bill Richardson about climate change and what we could do to help the systemic issue of climate change. Personally, I found this to be one of the best meetings we had. It was uplifting, inspiring, and gave us many tools to take home and use in our community. However, in typical Etgar fashion we had to run to our next meeting, which happened to be with J Street. 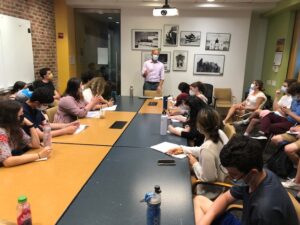 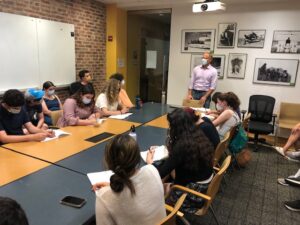 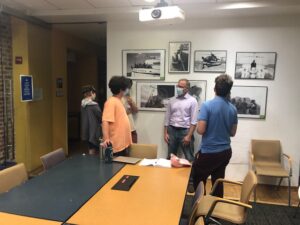 For those of you wondering, J Street is a nonprofit liberal advocacy group based in the United States whose stated aim is to promote American leadership to end the Arab–Israeli and Israeli–Palestinian conflicts peacefully and diplomatically. At J Street we met with Ruti Kadish, who helped form a discussion regarding Zionism, Palestine, and a two-state solution. 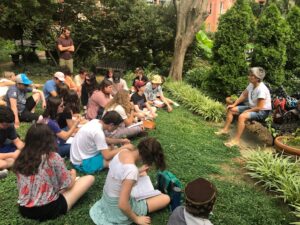 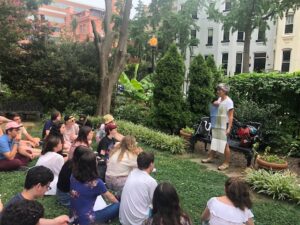 After those four meetings we were all very exhausted, which was good because we now had the opportunity to get dinner and relax in the Georgetown area.
Overall, Etgar had an incredible day and experienced the true nature and beauty of America today in Washington, DC.