Good morning friends! Today is a bit too warm for my taste, but it’s a D.C. day- one full of debates, laughter, and back-to-back meetings — a true manifestation of this trip. The morning began a bit later than usual, which was greatly appreciated. I ran downstairs and grabbed a bagel. The bus left at 9:30 sharp, and we were on the road again!

Our first stop was in a park with AIPAC, which stands for the American Israel Public Affairs Committee. The speaker, Nathalie Ortega Cediel, works on policy and governmental affairs. She spoke to us about the role of AIPAC in the legislative process concerning the relationship between Israel and the United States. One part of her speech that stood out to me was the fact that AIPAC takes no stance on the 55-year-old illegal occupation of The West Bank. Personally, I didn’t buy this “no stance” stance — in my eyes, a pro-Israel lobby certainly has opinions on Israeli affairs. A specific policy for which AIPAC advocates for is the U.S. government sending around $3.3 billion dollars annually to the Israeli government. I was curious as to what this funding is used for and if it contributed to Israeli military measures — something I view as potentially unjust. The speaker indicated that the funding went toward security measures for Israeli security, potentially meaning the Israeli Defense Forces. I appreciated her willingness to debate and discuss with me once we were permitted to ask questions. 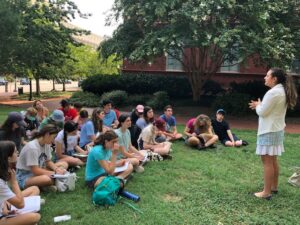 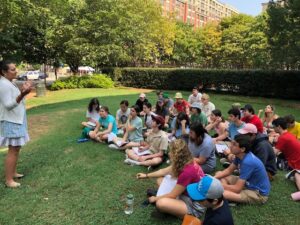 Then, we had a bit of free time for lunch in Chinatown! In my usual fashion, I sprinted to Sweetgreen. (Yes, I know you’re wondering what my order is — guacamole greens bowl, no chicken, add quinoa and chickpeas).

After, we were off to the newly-established National Building Museum! The towering building truly looks like a castle from the inside. I felt like we were in Las Vegas at Caesars Palace again. We had an hour to roam throughout the exhibits, which were all centered around the role of design, architecture, and built environments in shaping the way we live. I specifically enjoyed the exhibits on photographing architecture and how design can create justice. 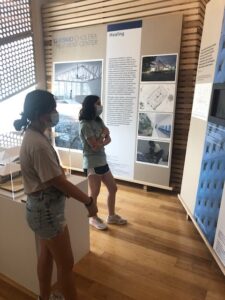 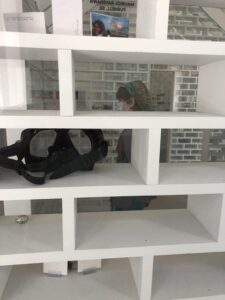 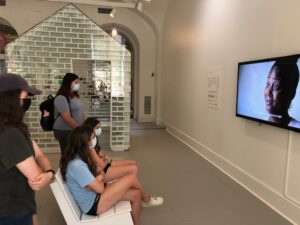 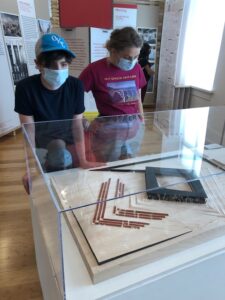 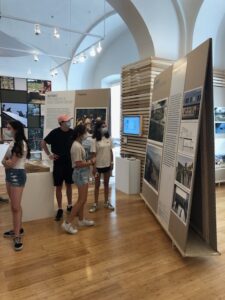 Then, we met with Julie Rhoad — she works for the company Mass Design, which was featured in the exhibit on justice. They designed the Equal Justice Initiative memorial, which we visited at the very beginning of the trip in Montgomery. She spoke to us about the importance designing monuments and memorials, especially relating to civil rights and LGBTQ+ rights. I really enjoyed this conversation, because I was able to reflect on the connection between design and justice, and how that idea is connected to all of the memorials that we have visited throughout the trip. We also discussed what we’ve seen across the country and how we’ve become more sophisticated with our understanding of memorials. 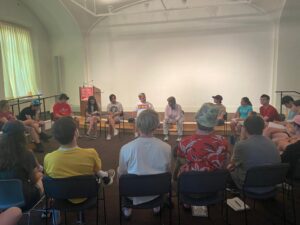 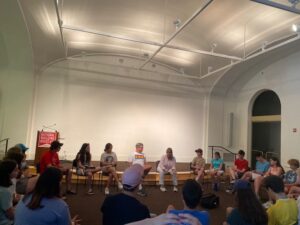 Next, we had a quick framing discussion on marijuana legalization. The far majority of us were in agreement — marijuana should be decriminalized, if not fully legalized. Though, we had some disagreement about what age folks should be allowed to consume marijuana. Many of us, including myself, agreed that most drugs should be decriminalized, because criminalizing them doesn’t prevent their usage. Instead, we proposed regulations and guidelines for how drugs can more safely be consumed.

We then met with Keith Stroup, the founder of N.O.R.M.L — the National Organization to Reform Marijuana Laws. Keith was an incredibly charismatic speaker who has been speaking to Etgar groups since 2004. I found it quite interesting that the opinions of Americans have rapidly transformed — strong opposition to the legalization of marijuana has changed. Now, over 2/3 of Americans support legalization. 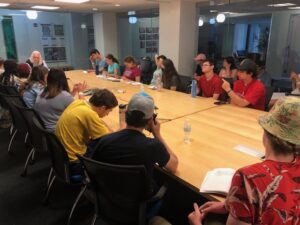 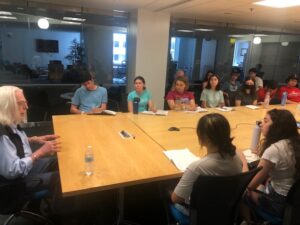 We grabbed a quick dinner on the way to the hotel — choose your own adventure style. Our three options were: Whole Foods, Chipotle (the unofficial sponsor of this trip), and Panera. I got Chipotle!

Finally, we met with Daryl Davis. I truly feel that he was one of the most impactful speakers that we have met with throughout this entire experience. Davis is a musician who is Black. Throughout his life, he has created and sustained relationships with hundreds of Ku Klux Klan members in an attempt to understand the guiding question of his life: “Why might someone hate me if they have never met me?” He discussed his experience talking to these individuals and emphasized the importance of respecting their right to free speech. An important distinction that he made was that he does not respect what they’re saying; rather, he must recognize their right to say it. As a result of his willingness to listen, he has successfully influenced many to leave the klan. Davis’ discussion was extremely powerful in showcasing the power of conversation and how to talk with those with who you fundamentally disagree with. He explained that the first step in creating change is to transform one’s perception, not their reality. Once you give someone a different perspective, that can shape their own reality rather than one cemented in them since childhood. He also emphasized the importance in finding commonalities with different people, such as music. 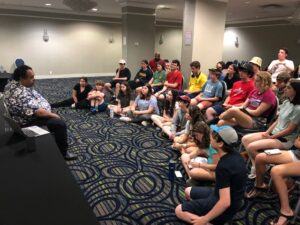 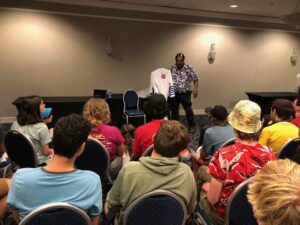 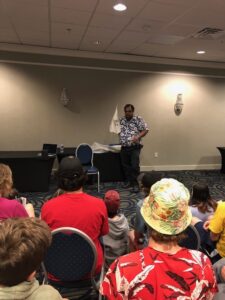 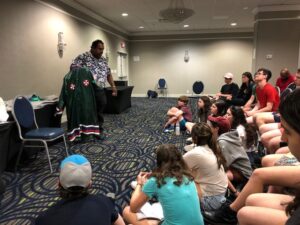 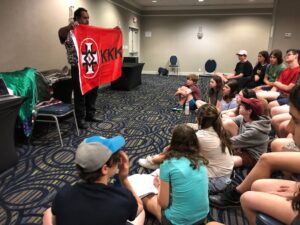 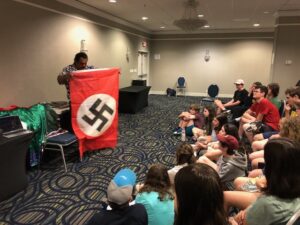 Overall, today was an incredible day. I can’t think of a better day that has allowed me to reflect on all of my Etgar experiences while further developing my opinions.