After a brief breakfast at the hotel, we started our day at the Equal Justice Initiative Legacy Museum in Montgomery. This museum explores the continuation of slavery through mass incarceration, and is located in a building that was previously a slave holding pen. Towards the beginning of the museum, we had the opportunity to listen to holograms of imprisoned slaves waiting to be sold. It felt powerful to stand outside of the prison bars, listening to enslaved people talk about their stories and even hear a child call out for his mother. Later in the museum, another exhibit mimicked this one by having us listen to prison inmates stories, as their holograms sat in prison inmate cells. This was a tactic to show how although the lives of black Americans have changed, the separation has remained. We continued through the museum reading and viewing the history of the civil rights movement and had strong emotions evoked in us.

Next we went to the Equal Justice Initiative National Memorial for Peace and Justice (lynching memorial). We also met with Julie Rhode from Mass Design. This memorial was creatively designed to create a personal feeling within the viewer. Large pillars hung from the ceiling, each displaying a county in the United States and the names of its lynching victims. The memorial went around in a spiral ramp so as you walked through, the pillars ascended above you, and by the end you were looking up at these pillars like they were personified lynching victims. Julie explained that the writing of names and the personification was done intentionally to make you feel a personal connection. The memorial ended with a duplicate of each pillar, meant for each US county to take the pillar back and hang it up. Julie explained that memorials are necessary to, instead of disregarding or forgetting about important events in history, learn from and remember them. 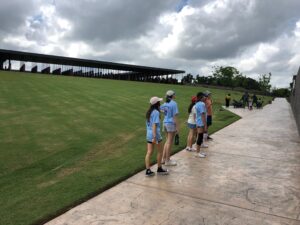 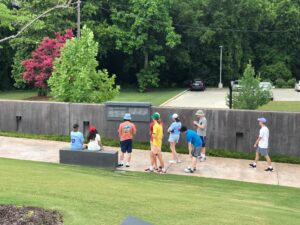 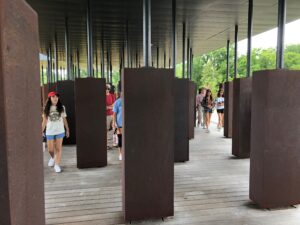 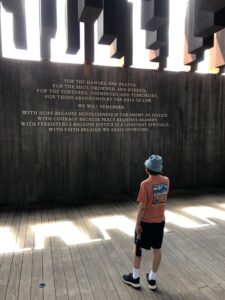 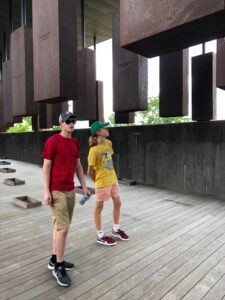 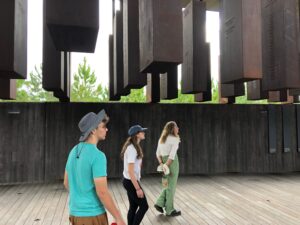 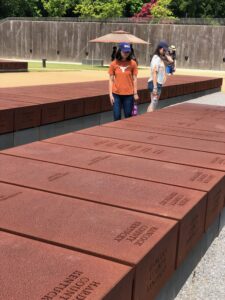 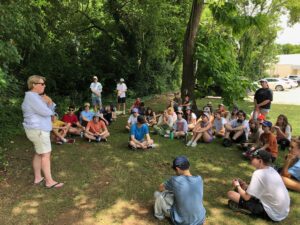 After this, we ate lunch on the bus to begin our journey to Memphis, Tennessee with one stop in Tupelo, Mississippi at Elvis’s birth home. We explored the gift shop before continuing to Memphis. 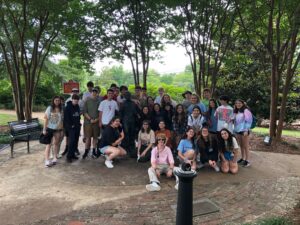 After a 4 hour drive we arrived in Memphis and had free time to explore Beale Street! We bought souvenirs, heard live music, and explored the wonders of the eccentric city. We ate dinner at The Rum Boogie Cafe and heard live music, requesting our favorite rock and roll classics, including Elton John, Steve Miller Band, and Stevie Wonder covers. After a fun dinner and dancing, we headed to the hotel to get some rest after a great day! 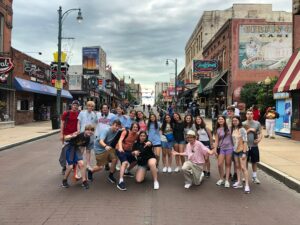 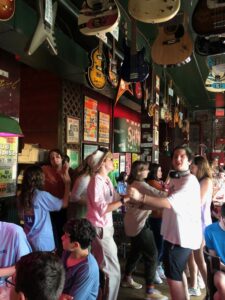 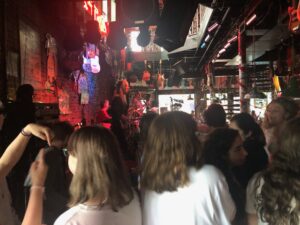